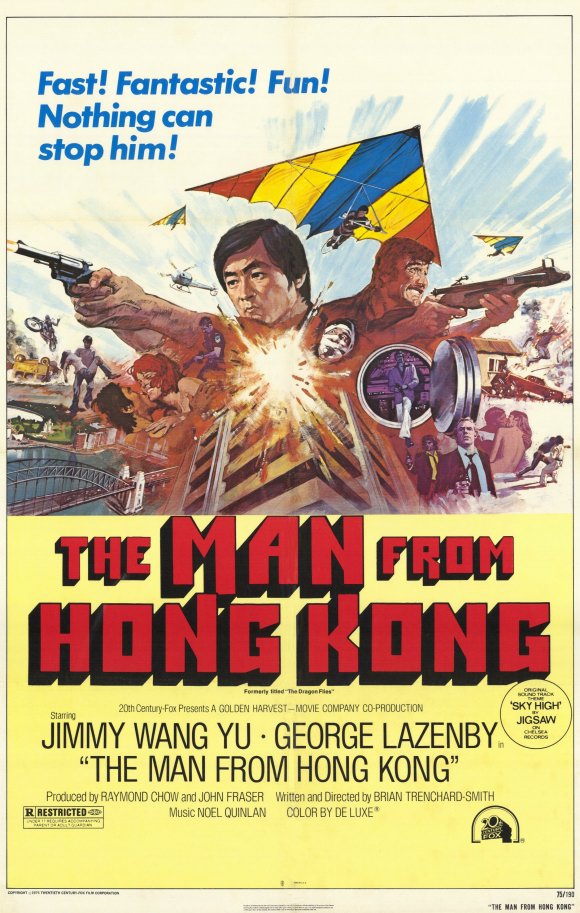 Any filmmaker’s visit to CU-Boulder’s International Film Series is cause for celebration, but when the filmmaker in question is writer, director, actor, occasional stuntman, cinema scholar and genial raconteur Brian Trenchard-Smith, attendance is requisite.

Born with celluloid coursing through his veins, Trenchard-Smith made his first film at the age of 15. Four years later, he received his first commissioned assignment, which led to a job at a French news channel stationed in London. In 1965, he moved to Australia, just a handful of years before the Australian New Wave and Australian Exploitation, known colloquially as “Ozploitation,” burst on to the world cinema stage. The former were ethereal art house movies, occasionally vying for the Best Foreign Film award at each year’s Oscars ceremony; the latter were genre films packed with action, laced with nudity and bursting with energy. Trenchard-Smith was made for the latter.

Need proof? Look no further than 1975’s The Man From Hong Kong, screening October 23, a movie Trenchard-Smith describes as, “a kind of live action Tom and Jerry.”

Starring Jimmy Yu as Hong Kong Police Inspector Fang, who travels to Sydney, Australia in search of crime boss Jack Wilton (played by George Lazenby), Trenchard-Smith crafts the film with tongue planted firmly in cheek from first frame to last. Modeled after a spate of lone anti-heroes seeking vigilante justice popular in the 1970s (think Dirty Harry), The Man From Hong Kong both “celebrates and satirizes” the genre. Like one of his most ardent supporters, Quentin Tarantino, Trenchard-Smith manages to question cinematic tropes while also having one hell of a fun time. Plus, he even takes a beating and lights himself on fire for the film; that’s dedication.

For Dead End Drive-In Trenchard-Smith continues the laughs and gasps but tosses in an extra dose of social commentary, depicting a world where a collapsing government turns drive-in theaters into concentration camps and those deemed undesirable by the ruling class are locked away and left to their own devices. “Drive fast, die hard,” embodies the philosophy of the inmates. Graffiti covers every possible surface. A demolition derby elicits giddy thrills — what would an Ozploitation film be without a couple-dozen car crashes? But when racial tensions in the camp soar when the government begins importing Asian refugees, you realize Trenchard-Smith still has one foot planted in a sad reality.

The films of Trenchard-Smith are not for all. Subtlety is far from his strongest trait, and he often finds humor where others find disgust. But, as he likes to point out, one can easily find bemusement in the cruel ironies of life.

Midnight audiences agreed, and The Man from Hong Kong and Dead End Drive-In continue to be discussed among hardcore cinephiles. Though Trenchard-Smith hasn’t become a household name, the cult following that has cropped up around his work — not to mention his contributions to the phenomenal website Trailers From Hell, a resource unlike any other — ensures that the cinema of Brian Trenchard-Smith will endure.