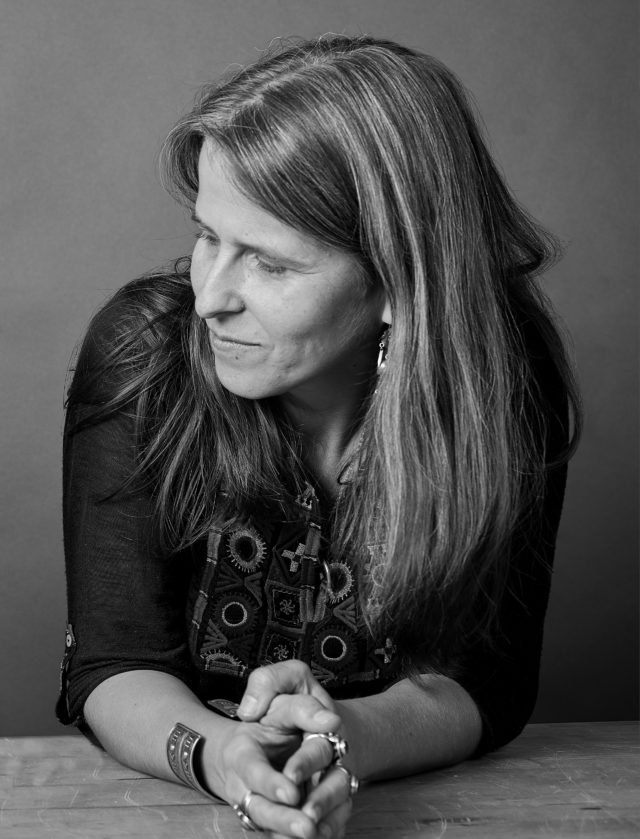 Not that long ago, women were diagnosed with hysteria, kept in asylums and subjected to all manner of strange medical procedures to “cure” them.

It would be nice to say that society has advanced well beyond the days of tormenting women, says Denver-based author Nina Shope, “but we’re obviously still struggling to allow women to claim full autonomy over their bodies and their reproductive system, which is very depressing.”

Charcot made Augustine famous by publicly exhibiting her symptoms as hysteria while she was a patient at Salpêtrière Hospital in the 13th arrondissement. (According to contemporary diagnoses, Augustine’s symptoms were likely a result of post-traumatic stress disorder, brought about by sexual abuse as a young person.)

In lyrical, propulsive prose, Shope takes the reader deep into the shadows of both the institution where Augustine was held, and the characters she spent so much time contemplating.

Here is a writer who pays careful attention to the quality of her language at the sentence level:

“At times,” Shope writes in the novel, “it seems that (Augustine’s) dreams have dissolved matter itself and that (Charcot’s) tongue is stitching it back together, words spilling from his mouth like a thick skein of cloth. He picks at the edges of her slumber, trying desperately to make it unravel.”

Shope’s writing operates with layers of meaning and reference given weight through specificity and detail. This is not a book to read too quickly.

Take this passage, where Augustine is thinking of Charcot:

“You say, Augustine, your name is like a flower unfurling, and you bring forth shining glass balls like those used by sailors to trap witching spirits, revolving mirrors borrowed from the bird catcher, magnets curved delicately in the middle of your palm. You ignite glittering filaments, the beams spinning and scattering, catching in the antique looking glasses that line the walls, ensnaring me amidst reflections.”

Shope says her layered style of writing is intentional.

“What’s interesting are the books in which you can break down to the word level or the sentence level a paragraph, and there might be like three things going on at once,” she says. “You read the surface meaning and understand it, or you can kind of go back and delve into the resonances and the symbolism and associations.”

She aims to put the reader in a situation where they must locate themselves, and “they’re almost overwhelmed by what’s going on and by the language.”

“For example, the asylum becomes a character,” Shope says. “There’s a physicality of the body that gets overlapped with the buildings or the rooms or the apparatus.”

Shope began thinking about this book as far back as 1998. She was in a women’s history class and read Elaine Showalter’s The Female Malady: Women, Madness and English Culture, 1830-1980.

“That’s when I first saw the pictures of Augustine and read her story and became interested in it,” Shope says.

At the time, Shope was having panic attacks and thought some of the symptoms overlapped with those of hysteria.

“If I lived in a different era, who knows what I would have faced?” Shope says.

“So then I started thinking about these women who were put in a situation and how they had to come to terms with that existence or make sense of it.”

Through her panic attacks she related to Augustine’s hysteria diagnosis and what Shope calls a “fear of embodiment.”

“When you have a panic attack your body frightens you,” she explains. “And it becomes a torment to be alone in your own body with those sensations.”

Hysterics were thought to face a fear of abandonment and being alone with their symptoms, Shope says.

“So that dilemma was something I sympathized with, about how overwhelming it must have been,” she adds.

Shope graduated with a master’s of fine arts in creative writing from Syracuse University in 2003.

Since then she has published a novella and now this novel, which was published after winning the 2020 Dzanc Prize for Fiction.

At the time there was no English translation available, so she translated the entire text on her own.

“And I only took French in high school,” Shope says, “so it was a really long process in and of itself. But it also fully immersed me in the language and the ideas of the book.”

She considered trying to publish the translation, but by the time she was done with her own someone else had published one.

In the afterword to Asylum Shope writes, “Like the ‘protean’ disease of hysteria, in which patients were known to usurp and appropriate the gestures, words, and identities of others, my novel absorbs and contains ideas, quotations, section titles, and metaphors from the source material I used.”

Shope says at one point she had 1,200 fragments for the book with no order whatsoever. She worked with her sister, Nikki, who is her primary editor, to arrange the pieces into a cohesive text.

“It took an ungodly number of drafts to find the primary arc of the book,” she says. “(Nikki’s) a great reader. And I owe her much thanks for my first book, my second book, and the next ones to come.”