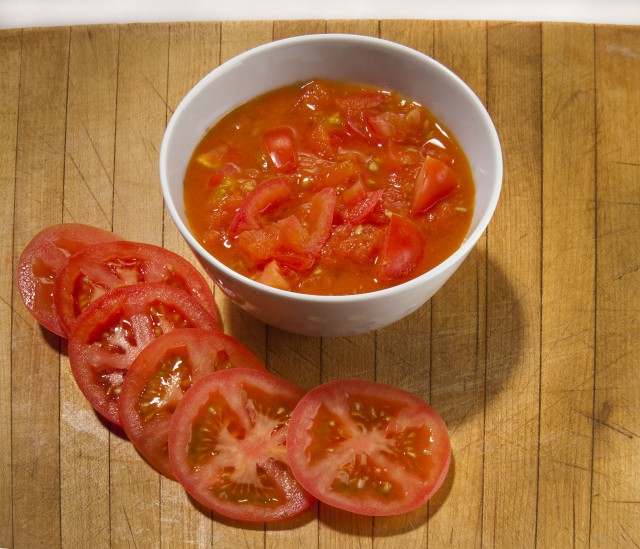 The way you prepare your food can be just as important as what food you eat.

Is there any point in eating broccoli, for example, if you cook the life out of its natural carcinogen killers? On the other hand, some foods, such as tomatoes, may offer more benefits when they’re cooked.

Fortunately, nutrition experts know a few tricks to help you get the most nutrients out of your food.

The process: Scrambling your eggs activates avidin, a protein that binds to biotin and renders it useless, says registered dietitian Robert Wildman.

“Biotin is an important B vitamin that helps with energy support and thick, lustrous hair,” he says.

The fix: Try poaching or boiling. But omelet lovers should know it’s better to beat your eggs than to forgo them altogether. Eggs are a perfect source of protein and contain all nine essential amino acids. The yolk, by the way, is an important part of the package; it contains choline, a nutrient considered essential for cardiovascular and brain function as well as the health of cell membranes, nutrition expert Jonny Bowden wrote in The 150 Healthiest Foods on Earth (Fair Winds Press, $24.99).

The process: Penn State University researchers have shown that microwave heating or roasting garlic can diminish or destroy its anti-cancer activity. If garlic is processed or dried, meanwhile, it loses its ability to form hydrogen sulfide, a substance that relaxes blood vessels and may be good for the heart, according to a study in the Journal of Agricultural and Food Chemistry.

The fix: Eating garlic raw is best, but if you do need to cook your garlic, chop or crush it beforehand and allow it to stand for at least 10 minutes, say the Penn State researchers. This allows it to create hydrogen sulfide and helps create the compound allicin, which is thought to be responsible for many of garlic’s health benefits.

The process: Frying, grilling or barbecuing meats at high temperatures can form carcinogens known as HCAs, or heterocyclic amines. Some research has shown HCAs can cause genetic mutations in our cells that lead to the development of cancer. Scorching high-fat meat carries another risk. As the smoke rises, another class of carcinogenic compounds called polycyclic aromatic hydrocarbons (PAHs) is deposited on meat, according to the American Institute of Cancer Research.

The fix: Avoid flare-ups. Also, microwave your meat for a few minutes and pour off the juices before cooking it on the grill, says Kristin Anderson, associate professor at the University of Minnesota School of Public Health. Baked or stewed meat has fewer carcinogens. Though it’s important to cook meat thoroughly to kill bacteria, turning down the heat or cutting off burned portions when it’s finished can considerably reduce HCAs. Marinating meat in some spices and herbs, such as rosemary, may also reduce the compounds, according to researchers at Kansas State University and the Food Science Institute, but research is mixed. If you really want to avoid carcinogens, grill tofu, vegetables or fruit.

The process: While raw tomatoes are certainly nutritious, it’s difficult for the body to absorb their lycopene, a powerful antioxidant linked to prostate health.

The fix: Cooking tomatoes or breaking up and mashing them and combining them with some type of fat or oil may enhance absorption, says registered dietitian Susan Mitchell.

“Because of their cooked composition, tomato sauce and similar products appear to enhance absorption, as the lycopene is available to the body in a more concentrated form,” says Mitchell. Still, “raw tomatoes have many other wonderful attributes than lycopene, such as vitamin C, beta and alpha carotene, potassium, folate, as well as super-low in sodium and one gram of fiber per medium plum tomato,” she says. And when tomatoes are cooked, they lose some vitamin C. “The ideal would be a combination in the diet of both fresh and cooked,” says Mitchell.

The process: When high-carbohydrate or starchy foods are cooked at high temperatures — think crispy potato chips or fries — it creates the chemical acrylamide, which has been linked to cancer and neurological problems in lab rats. Acrylamide is also found in coffee and cereal grain-based foods such as cookies, crackers, breakfast cereals and toast.

The fix: Boil or microwave potatoes.

Frying causes the greatest acrylamide formation, followed by roasting and baking. Acrylamide starts forming at temperatures above 248 degrees Fahrenheit; boiling, microwaving or steaming doesn’t cause it to form. Pre-soak your potatoes in water. It can reduce levels of acrylamide, but only if the potatoes are fried to a light color, according to research in the Journal of the Science of Food and Agriculture. Soak them for 15 to 30 minutes, then drain and blot dry before cooking to prevent splattering or fires.

Don’t store potatoes in the refrigerator. It increases acrylamide during cooking. Use a dark, cool closet or pantry to prevent sprouting.

The process: Overcooking broccoli by boiling or microwaving can destroy the important enzyme myrosinase, which is needed to release a key nutrient called sulforaphane. Sulforphane binds to sugar and is very heat-sensitive.

“Myrosinase has to be present to get broccoli’s benefit; if it’s not there, sulforaphane, broccoli’s cancer-preventive and anti-inflammatory component, doesn’t form,” says University of Illinois nutrition professor Elizabeth Jeffery. Her research has shown that myrosinase is also destroyed in powdered broccoli products.

The fix: Steaming broccoli for two to four minutes makes it easier to get the nutrients, says Jeffery. If you’re taking a powdered broccoli supplement, combine it with myrosinase-rich fresh broccoli sprouts at the same meal. Jeffery’s study showed the powder and sprouts seem to have a synergistic effect, sharing the myrosinase. Other foods that contain sulforaphane and can be teamed with broccoli to boost its benefits include mustard, radishes, arugula and wasabi. When broccoli is paired with tomatoes, it has been shown to be more effective at shrinking prostate tumors than when eaten alone.