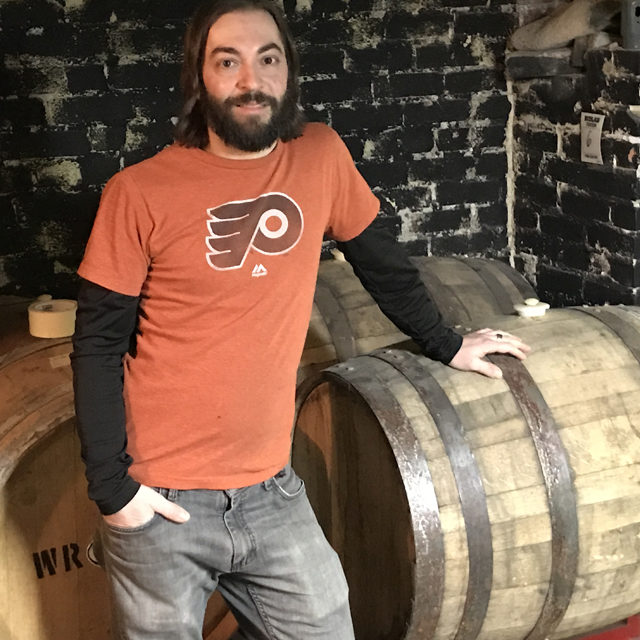 Come full circle” might be our most overused idiom to describe one’s journey through life, but not without good cause. Think about it; how often have we arrived at a destination only to realize that the roots of this flower took hold years ago?

Maybe that’s why a sly smile comes over John Fiorilli when he thinks back to the beer that got him into the industry.

“Guinness,” Fiorilli says in his rat-a-tat East Coast cadence. “Guinness was the first one someone turned me on to: ‘Oh, wow! There is just, like, this whole spectrum of beer.”

Fiorilli isn’t the only one whose eyes were opened by the iconic Irish stout, but considering Fiorilli is now in charge of Stout Month, Mountain Sun’s annual celebration of the roasty brew, his introductory beer certainly carries significance.

If you’ve had the pleasure of enjoying a pint or three at one of the five Mountain Sun outposts along the Front Range, you have Fiorilli to thank; he’s been the director of brewing operations since 2009. His current base is Vine Street Pub & Brewery in Denver — where the majority of Mountain Sun beer is brewed — but Fiorilli’s journey didn’t start there; it began at the original Mountain Sun on Pearl Street where Fiorilli learned craft beer went well beyond an Irish staple.

“I thought I was into craft beer,” Fiorilli says. “But that was really eye-opening to me.”

Then Mountain Sun brewers Mike Altman, Chris Fish, Kurt Meyer and Dave Chichura got Fiorilli into homebrewing and the interest went from hobby to passion. Fiorilli stuck around long enough to help open up Southern Sun in 2002, but the brewing world called and Fiorilli answered. First, in Eugene, Oregon, where Fiorilli worked one year at a homebrew shop while waiting for a brewery position to open up. In 2004, one did, and Fiorilli headed east, this time to Bear, Delaware, where he started working as Ric Hoffman’s assistant at a rustic, English-style brewery: Stewart’s Brewing Company.

“We did a lot of open fermentation, which is very uncommon,” Fiorilli recounts. “Some of the techniques and stuff we did there I haven’t seen in any other breweries.”

And, as Fiorilli points out, “you can make the most award-winning beer on the most antiquated system.” That help landed him a gig at Flying Fish Brewing Company in Cherry Hills, New Jersey; a 12,000-barrel-per-year package brewery, where he worked alongside head brewer Casey Hughes.

And with some serious brewing experience — and a few Great American Beer Festival medals — under his belt, Fiorilli returned to the Centennial State just in time for Mountain Sun’s Vine Street expansion, where he’s been since 2009.

And so we return to the beginning: the homebrewer who now commands a 5,000-barrel-per-year facility still recalls how it all started, more or less, with a pint of Guinness all those years ago. Poetic, isn’t it?