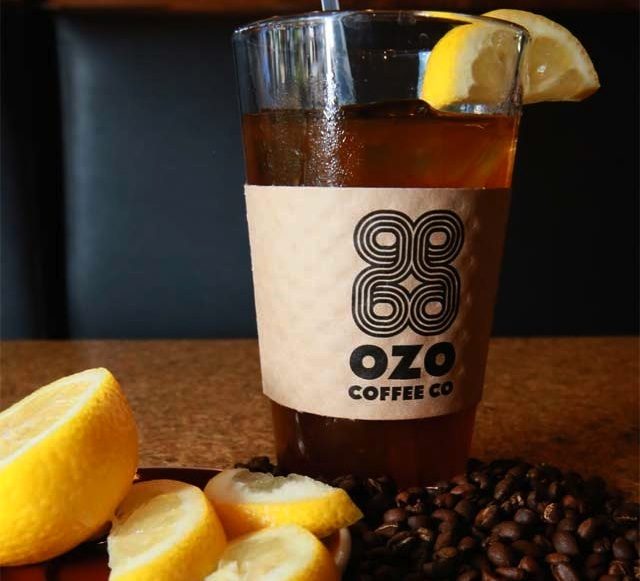 It’s stinkin’ hot. Boulder smells like heat, sweat and softening asphalt (plus the usual pervasive hint of cannabis) with evenings of wildfire-enhanced sunsets, partial rainbows and rain that never seems to fall.

Such conditions call for extreme cooling techniques, internally and externally. As I researched lemonade variations — kumquat-ade anybody? — I came upon a beverage that initially sounded more than a little nauseating.

The Laura Palmer — made with lemonade and coffee — is a murky variation on the Arnold Palmer, which the late golfer “invented,” according to arnoldpalmer.com, when he “was ordering lunch and asked the waitress for a mixture of lemonade and iced tea. A woman sitting nearby overheard what he ordered and told the waitress, ‘I’ll have that Arnold Palmer drink.’” (By the way, Molson Coors is releasing a hard Arnold Palmer-flavored malt beverage. I’m not sure Arnie would have approved.)

Long before Fargo and Preacher, Twin Peaks was a master class in weirdness. I loved the show (currently being revived on Showtime) for its obsession with coffee and pie and the iconic line: “This must be where pies go when they die.” Thanks to that show I can tie a knot in a cherry stem in my mouth. (Note: Maraschino stems are easier to tongue-tie than Bing stems because they are softer.)

As for the Laura Palmer, the key is to leave out the milk or cream in your coffee or you’ll face a cup o’ curdle. The flavor combo in a Laura Palmer is really not that unusual. In the U.S. (but not Italy), espresso is often served with an aromatic slice of lemon peel on the side.

When you make a Laura Palmer you’ll need to mess with the lemonade/coffee ratio to get it right. I settled on about a 1:1 ratio, but the quality of the ingredients matters. You need fresh lemonade (but cut back the sugar or other sweeteners) and chilled, extra strong dark-roasted coffee. You want it to stand up to being diluted by melting ice. When it’s right, the Laura Palmer is mysteriously refreshing.

Here are some other ways to keep at least your mouth cool in the dog days to come.

• Grind lemonade, tea, pale ale or margarita ice cubes in a freezer-chilled blender or food processor and serve as a palate-refreshing granita or ice. A sweet syrup can be drizzled on top.

• Make your own layered popsicles with juices, fruit purees and half and half.

• Buy a big watermelon, puree it in a blender, strain it and serve. Incredibly cooling cold watermelon juice is the perfect antidote to super-spicy Mexican, Thai and Indian fare.

• Make a Mister Misty-type “slushie” with ice, frozen mango and juice whirred in a chilled blender. Serve with a scoop of vanilla gelato.

• Visit the huge walk-in cooler and sample cheeses at Cheese Importers Warehouse in Longmont, where parkas are available for those who chill easily. Pick from the largest selection of Colorado-made cheeses I’ve seen in one place.

Pick it and stuff it

Veteran gardeners know that typically a zucchini plant will create way too many blossoms to grow into large sliceable adult summer squashes. You need to harvest the excess blossoms, gently wash and stuff them with mascarpone cheese, dip in egg, roll in seasoned panko crumbs and fry in butter, olive oil or bacon fat. Serve with sauteed zucchini and accept sustained applause from the other diners.

Everybody talks about umami but nobody can really tell you what it tastes like. Umami is the fifth taste (besides sweet, sour, bitter and salty) and is poorly described as “savory,” “meat-y” or “broth-y.” You had to extrapolate what that meant from what you tasted … until now.

Seed Ranch Flavor Co., a recently launched Boulder firm, is bottling three hot sauce flavors including Umami, made with dried olives, mushrooms and seaweed plus capers, miso and soy sauce. A genuine revelation from the first taste, it is essentially umami in a bottle. Cooking schools should have every student taste this stuff.

The Smoked Jalapeño hot sauce is a potent but not overwhelming whir of chipotle peppers balanced by dates, carrots and vinegar. Heat should really be considered the sixth taste but I appreciated the fact that these sauces were not flamethrower hot. The sauces are available at Alfalfa’s Market, Lucky’s Market, Cured and Niwot Market.

“What we need are more cooks, not more cookbooks.” — from The Tassajara Cookbook (Shambhala Books) by Edward Espe Brown