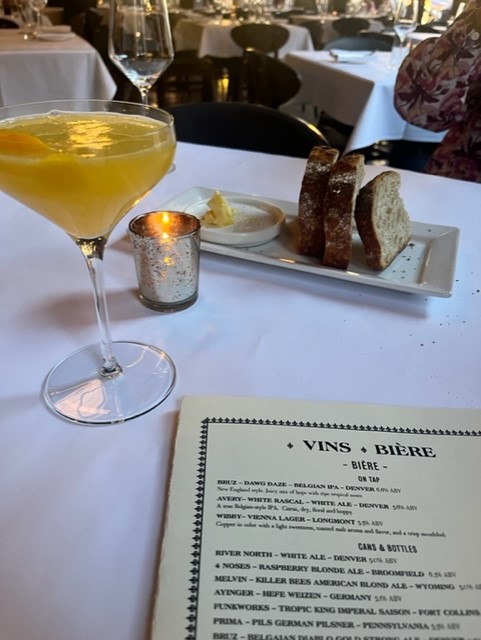 When contemplating the appealing aspects of drinking in Europe, ordering a bottle of wine with lunch or sipping an afternoon beer at a cafe without shame come to mind. Certainly, the freedom to enjoy an alcoholic beverage when voyaging abroad (the drinking age in Europe is 18, though it’s not generally enforced) has put a smile on the face of many a young American traveler. Yet a quick online search reveals that several European countries, including England, France, Belgium, Sweden and Denmark, among others, while generally more relaxed in their approach to imbibing, experience some of the same issues with binge drinking and alcohol abuse that we do on this side of the pond. Given that no culture appears to be perfect when it comes to approaching the hooch, what’s the major difference between here and there when enjoying a glass?

The answer isn’t clearly defined, but thanks to the Internet and relatively affordable travel options, we’re all more connected than ever before — and, like a pour of good liquor, boozy fashions and practices are, thankfully, very free to flow. As a result, Europe and other countries now dabble in making American-style IPAs (to varying degrees of success in terms of taste), while Americans widely enjoy tipples such as the Negroni (and its many variations, including the Boulevardier, which uses whiskey in place of gin; the Mezcal Negroni; or the Negroni Sbagliato, a Prosecco-laced spin on the classic cocktail) and the ubiquitous Aperol Spritz, which features the bitter Italian apéritif.

Happily, spirits are seeping through the borders and influencing enthusiasts everywhere. Knowing one’s stuff when it comes to international imbibing has become something of a mark of distinction in the burgeoning cocktail culture, which got an unforeseen lift during the pandemic, when people started experimenting with new drinks at home. Fun cocktail fact: Mixology lore has it that the Negroni came into being in a Florence bar, when its namesake Count Camillo Negroni, who had developed a taste for harder booze while working as a rodeo clown in the American West, asked for a stronger version of the alcoholically lighter Americano (which does not include gin).

With the advent of food halls and craft-drinking establishments, such as local favorites Rosetta Hall (1109 Walnut St.) or Avanti Food and Beverage (1401 Pearl St.) in Boulder, some of the charms from Europe and beyond have made their way to the United States. We’ve begun to consider what we consume and drink and how we do it. Many Americans seem to be coming around to the good life associated with a thoughtful quaff-and-nosh. It’s now normal to enjoy a glass of natural wine, a Chartreuse spritz, or a hard cider with a wood-fired pizza, a street taco or a healthy salad, while craft-cocktailing has become something of an art form and a social pastime.

A visit to The Bitter Bar (835 Walnut St.) in Boulder reveals a few European-inspired cocktails — from The Italian Job, a refreshing blend of Amalfi blood orange gin and fresh lemon juice, to The Boulder (v 2.0), an earthy swirl of bourbon, rhubarb aperitivo and Italian vermouth. Sipping one of the thoughtfully concocted creations in the bar’s comfortable and relaxed setting, indoor or out, allows for the kind of mixological nuance that might mark a drinking experience in one of the old countries. Owner James Lee, also brings in alcohol from Japan, with the sake-based Demon Slayer, and Ireland, in the Irish Old Fashioned, which mixes Irish whiskey, sugar and bitters.

At nearby Brasserie Ten Ten (1011 Walnut St.), in addition to a good wine selection and its Coravin (higher-end wines by the glass) options, popular French-themed cocktails, which were developed to pair with food, include the Violette Sparkler, a light mélange of citron vodka, lemongrass syrup and creme de violet; the Strawberry Basilic, a refreshing blend of strawberry basil cordial, vodka, aloe liqueur and St-Germain; or the Reve de Framboise, with gin, chamomile syrup, fresh raspberries and absinthe. All of these can be enjoyed while dining al fresco on the front patio, or inside the restaurant, in a setting that evokes the cafés and brasseries of the City of Light.

Be it on the cobble-stoned streets of Croatia, Italy, France or on the bricks of the Pearl Street Mall, we can thankfully savor the tastes of good drink and food and celebrate whatever culture we please. The river of booze flows both ways.