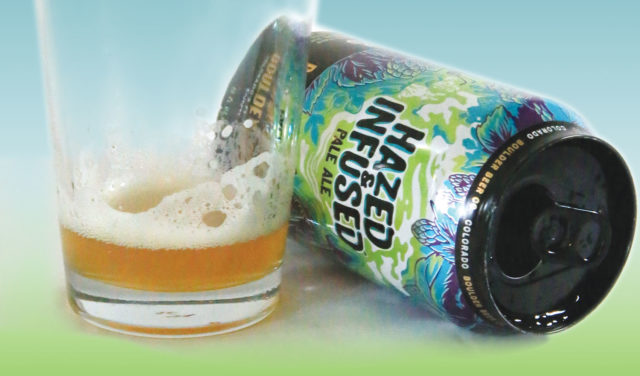 It was standing room only at Boulder Beer’s pub on Wilderness Place. Those seated at tables and along the bar had been there a while, and it didn’t look like they planned on relinquishing those spots any time soon. The bartender poured drinks with efficiency while the kitchen staff milled about with little to do. Even though it was lunch, few wanted food. Everyone here came for beer. One final pour before the curtain fell on Colorado’s oldest craft brewery.

The atmosphere was genial, but somberness hung in the air. The place looked bare; anything within arm’s reach had already been removed from the walls, lest grabbing hands grab all they can. Behind the bar, a few glass mugs belonging to the regulars hung — the rest had been collected and taken home. By the front door, Boulder Beer’s marketing director Tess McFadden had placed a stack of stickers, magnets and posters with a sign marked, “Free.” Patrons took turns rooting through the basket, looking for something to remember the place by. Nearby, a well-picked rack of merchandise was equally attended to. One stainless steel to-go cup with lid traded hands several times before a disgruntled regular snagged it for himself — visually upset that his local watering hole was going the way of the dodo. But, the day was still young, and emotions were still in check. Soon the sun would slip behind the Flatirons, eulogies would give way to wake, and the old-timers would goad each other into kicking the keg and shutting the place down. Once more, for old time sake.

Then, as the clock neared 10 p.m. on Jan. 18, 2020, they too would make their way home as staff turned the key and locked the door. Boulder Beer’s Pub on Wilderness would be no more.

Few breweries are as storied as Boulder Beer. The first start-up craft brewery in a post-Prohibition Colorado, Boulder Beer dodged bullet after bullet throughout the years. Started by Randolph ‘Stick’ Ware and David Hummer in 1979, Boulder Beer was born in a goat shed 20 miles northeast on Alvin Nelson’s farm. In 1983/4, Boulder Beer relocated to the newly constructed facility on Wilderness Place, where it remained through ups and downs, ownership changes, booms and busts.

Last summer, Boulder Beer celebrated its 40th anniversary — the first craft brewery in the U.S. to do so. Three months later, it announced it would cease distribution, reduce production and focus on the pub. Two months after that, Sleeping Giant Brewing Company (a contract brewery based in Denver) announced it would take over production and distribution of Boulder Beer’s six core brands: Buffalo Gold golden ale, Due East New England-style IPA, Hazed and Infused pale ale, Mojo IPA, Spaceman double IPA and Shake chocolate porter. Then, on Jan. 6, 2020, owner Gina Day announced the Pub on Wilderness would close, and the building would be sold. The end of an era had come.

Watching the bones get picked clean is not an easy thing, and nothing said it better than that look on the man’s face as he snagged the stainless steel to-go cup: To you, it’s strictly business; for us, it’s personal.