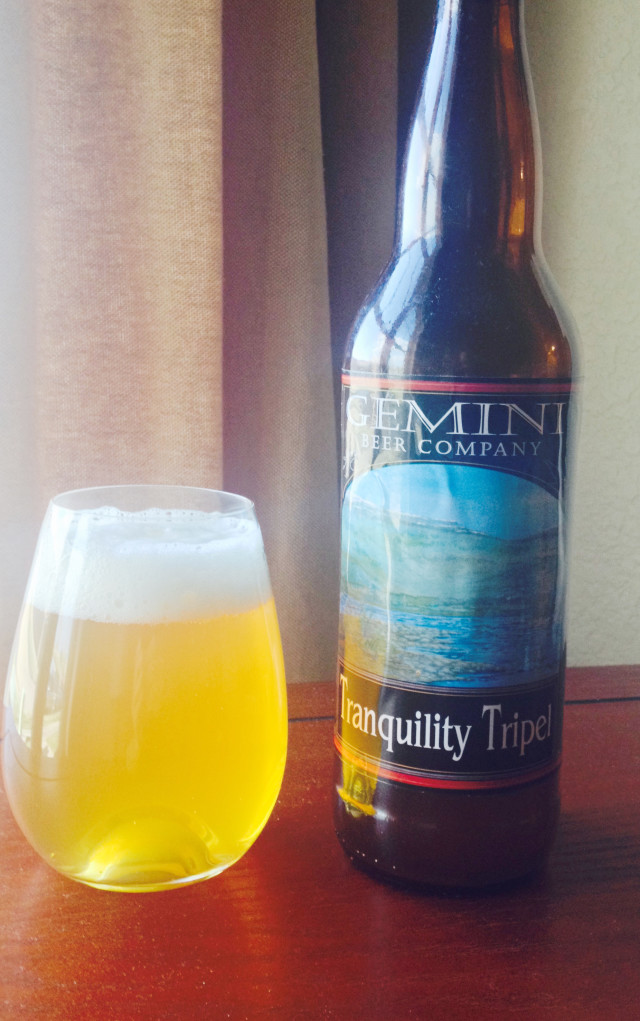 Sometimes we throw around this word “unique” and it ends up being more self-congratulatory than anything else. Uniquely self-congratulatory, that is. And we do it about a lot of things in Boulder County and Colorado, sometimes deservedly and sometimes not. However, one thing that is actually unique about our state, and a list of others you can count on one hand, is that you can go into almost any liquor store and find a craft, local beer you’ve never tried.

And so I don’t open this column about Gemini Beer Company’s Tranquility Tripel with a big hearty slap on the back as much as a throw of cold water on the morning face. We can’t be reminded enough about the ubiquity of solid, local, unique beer at our fingertips.

The Tranquility Tripel, then. It really does inspire a broader look at life, and it’s not just because of the serene lakescape portrait on the label. It’s a great, drinkable beer of an intimidating style — the Belgian Tripel. The short version of a long, confusing story is that the Trappist order of Cistercian monks have long brewed beer, and beers made in that style are given names according to the amount of malt, the original gravity (or density of the wort in fermentation compared to water), color and strength. These names are single, double and tripel (enkel, dubbel and tripel) in ascending order of strength. And to be clear, in order to be considered a true Trappist brewery, you have to brew from a specific type of monastery and there’s only a handful in the world. That doesn’t mean you can’t brew that style though, and that’s what Gemini has done.

Gemini is brand spanking new, by the way. They call themselves a “gypsy” brewery that generally sticks to the Belgian style. The Tranquility Tripel’s first batch, the brewery’s first commercial batch, was brewed in September, and it’s endearing to be able to look back on the company’s Facebook page and see the milestones they’ve accomplished in about seven months. Those milestones include numerous collaborations and a gold medal at the 2015 Colorado State Fair for the beer in question here.

So let’s get to it already. The Tranquility is easy to drink, first and foremost. It comes in at 8.8 percent ABV but it doesn’t taste like it. The color is goldenrod and there’s a light, pure white head of foam that is created when poured. It smells like grass and lemon rind. And tasting it, you get a little more depth of the fruity flavors — there’s a lot of apricot and clementine going on.

The bottle is a big 22 fluid ounces and getting through one is a blast for a lazy afternoon. Not a huge fan of Belgian Trappist style beers, I think this might be one of the best I’ve tried, and I think I’d order it on a menu while dining out or pick up a bottle while in the store. Now the joy is seeing Gemini grow and expand their line of brews.