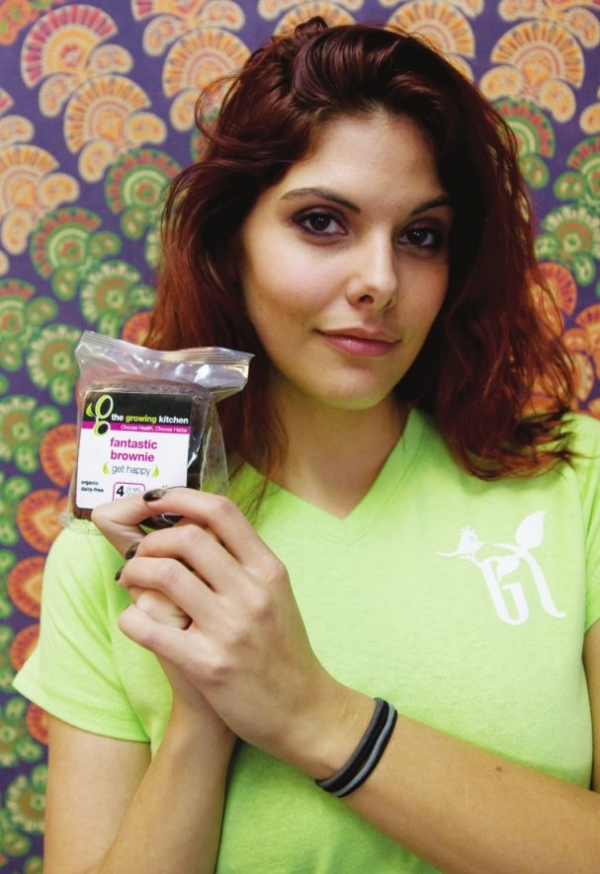 As the medical marijuana industry in Colorado has expanded over the past five years, the demand, quality and variety of edibles has also grown, but industry insiders say we haven’t seen anything yet.

After Jan. 1, when your average Joe on the street won’t need a doctor’s prescription and a red card to buy marijuana, the popularity of edibles is expected to skyrocket, and the state is on the verge of issuing new regulations designed to make sure that all products are properly tested, handled and packaged.

We’re not just talking about brownies anymore. These days, they’re putting THC in everything from cereal to salad dressing. Boulder-based Mountain High Products makes mints, peanut butter crisps, hot cocoa and other powdered drink mixes under the brand Wana Edibles. Green Tree Medicinals in Boulder carries a wide range of candies, including cannabis-infused chocolate bars, chews, gummis and hard candy. There are also an assortment of flavors and colorful names like Mile High Mint, Peaches and Dream, Choclava and Ganjalas. There are even THC twists on old classics, such as Budda Finger, Snockers, Twigs, Hasheath and Daba Zaba.

And the taste has improved significantly as well.

“I’d eat these even if they didn’t have medicine in them,” Green Tree manager Heather Augimeri says of the candy bars made by the Colorado company Incredibles.

There are even drinks and shampoos for detoxing “because unfortunately, even if you have your card if a company has a no-marijuana policy, you can’t get around it,” Augimeri says.

Another sign of the anticipated growth in the edibles market is that one local dispensary plans to launch its own kitchen to make highend, non-GMO edibles using the healthiest ingredients possible.

Jan Cole, founder of The Farm, says her company is acquiring a commercial kitchen in Boulder and plans to make and carry only products that use natural extraction processes, not chemical ones (like using carbon dioxide to extract medicine from the plant instead of butane). She won’t be able to get organic certification, since that’s a federal designation and marijuana is still an illegal substance in the eyes of the feds, but Cole says she plans to employ organic practices as much as possible and use natural substances, like real sugar instead of high fructose corn syrup.

In addition, Cole says she has been dedicated to testing her products’ potency. But that is an added expense that until now hasn’t been required, and some edibles manufacturers haven’t been taking that extra step.

Genifer Murray, founder and CEO of CannLabs, which she describes as the state’s largest brick-and-mortar cannabis testing facility, estimates that less than 10 percent of the state’s edibles producers are doing the necessary potency testing to their products.

Since the strength of the oil or butter used in preparing edibles can vary widely, she says, often products are weaker or stronger than their packaging indicates. For instance, according to Murray, it’s hard to make an edible taste good if it’s a small piece of candy and it has a high potency, say 300 milligrams of THC. In one case, she found a candy that had been advertised as 300 mg weighing in at only 16 mg when her company tested it.

The state’s Marijuana Enforcement Division is rolling out new rules at the end of the month aimed at regulating the new retail marijuana stores that will be opening after the first of the year.

The regs are expected to include mandatory testing for all edible products, and it won’t just be limited to potency. Murray, who says she is increasing her staff and quadrupling the size of her facility to accommodate the anticipated demand for testing, expects four types of tests to be phased in by the state over time.

In addition to potency, she explains, edible products will likely have to be tested for residual solvent (to make sure the level of hydrocarbons, like the aforementioned butane, doesn’t exceed certain thresholds), microbials (to avoid things like E. coli, salmonella, molds, fungus and mildew) and pesticides.

A representative of Boulder-based Mountain High Products, who requested anonymity because the stigma her association with the industry might affect her children, says the state’s new regulations — especially the various required testing — will be a significant expense, but they are an important move to make sure edibles are prepared safely.

She says edibles have accounted for only about 10 percent of a dispensary’s business historically, but she expects their popularity to begin growing in 2014, especially products with small amounts of THC that allow those with a low tolerance to control their dosage. For example, instead of having a 300-milligram cookie, which a medical marijuana patient might use, the general public will probably find a package of 10-milligram candies more appealing, she explains. Besides, the state is expected to issue a 100-milligram limit on edibles sold in the retail market, whereas there is currently no limit in the medical marijuana realm.

She says candies and other sweets tend to be the most popular edibles, and they are the easiest to make, because in those products the THC can be homogenized, or spread evenly throughout — so that if a 100-milligram candy bar is cut into 10 equal pieces, each will have 10 milligrams, as

opposed to having more THC in one side than the other. The new state regulations are expected to require homogenization, for consistency’s sake, a rule that may also be applied to the medical marijuana field of products as well.

In addition, the regs will likely require edibles producers to undergo training in food handling and food safety, and contain minimum standards for labeling and packaging all edibles. Packaging will have to qualify as child-proof, because of public health officials’ growing concern over how the growth in the edibles market might be a threat to young children who find their daddy’s cannabis lollipop visually appealing.

Lane Drager, consumer protection program coordinator for Boulder County Public Health, served on the state Marijuana Enforcement Division’s Edible Product Production Safety Working Group. For Drager, it’s not just young kids stumbling across their parents’ THC-laced gummi bears or soda that represents a health threat. He says that the legalization of marijuana under Amendment 64 will naturally result in making cannabis more socially acceptable and less stigmatized, perhaps making young people think there’s no harm in it. But according to Drager, pot can have significant negative effects on the developing brain when people become chronic users at a young age. It’s less of a concern among adults, he says, because their brains are fully developed.

Drager says he’s also a proponent of taxing marijuana products significantly, “because price point can be a deterrent to use” among youth.

The state’s new rules on edibles are expected to be issued by Dec. 24, and industry insiders say the state will likely be lenient in expecting full compliance on Jan. 1, given that tight timeframe.

“The bottom line is we need to continue to educate ourselves, because there’s something new every day with this plant,” Murray says.