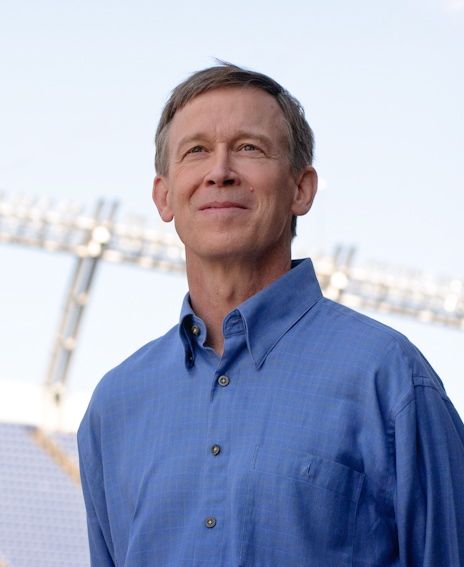 IT’S BEEN A WILD ride in this year’s campaign for governor of Colorado, and it hasn’t been pretty on the right-wing side. We’re proud to support Denver Mayor John Hickenlooper, a Democrat.

Hickenlooper has as much pertinent experience as most non-incumbent candidates for this office, and you’ve probably heard the basic story. He’s an ex-geologist who turned his life around after being laid off. He built a successful business in the Wynkoop Brewing Company and was a major force in getting downtown Denver renovated. For those of you who are new to Colorado, this area was pretty seedy until just a couple of decades ago.

Hickenlooper won his first foray into politics, a tough campaign for mayor of Denver against some formidable foes. He’s managed a city of some 500,000 people since 2003 and did a great deal of work in bringing the Democratic National Convention to Denver in 2008. He’s got regional, statewide and national connections, and there’s no doubt that he’ll bring his business ethic and salesmanship to the Capitol.

On the unsavory side, Republicans have had a really bad trip in 2010. Front-runner Scott McInnis recently disproved any notion that “any press is good press” by getting nailed for “authoring” papers on water policy that he didn’t actually write. His political stock sank like a snitch wearing custom-fitted cement shoes to the harbor.

Dan Maes won the Republican primary, thanks to Tea Party support and anti-McInnis sentiment, but a lot of people now wish he hadn’t. He’s a political neophyte who simply isn’t ready to be governor — which is one thing — but his past few months have also featured one political embarrassment after another. We’ll spare you the list, but his comments about Denver being in danger of falling under United Nations control because of its bike program were enough for most of us.

Republican Tom Tancredo put out an ultimatum — if both Maes and McInnis didn’t drop out, he’d run as a third-party candidate. They stayed in, and Tancredo entered as a new member of the American Constitution Party. Readers should check out the ACP platform — they advocate U.S. withdrawal from the UN and NATO, no foreign aid for any reason, the return to a gold and silver monetary standard, no federal role in education, etc. — but Tancredo’s basically a long-time Republican who needed a party to run with.

Tancredo has lots of pertinent experience as a former U.S. representative, as well as having served in the state House and on the state Joint Budget Committee. He’ll beat Maes, but he entered the race way too late, and he’s too strident on social issues — especially on his trademark, illegal immigration — to capture the popular vote. He’s also too much of a verbal loose cannon for many of us to feel comfortable with him as head of our state, and having Maes and Tancredo both running will splinter the right-wing vote — as Tancredo himself warned earlier in the campaign.