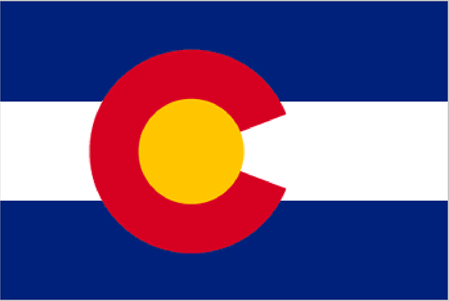 The message to voters leading up to the Nov. 2 election was “vote
no on the numbers and vote yes on the letters,” and that appears to be what
voters in Colorado have done.

As of press time, Amendments 60, 61, 62, 63 and Propositions
101 and 102 are headed toward sound defeat, while Amendments P, Q and R are
poised to pass with 22 percent of Colorado precincts reporting.

Amendment 60 would have nullified “de-Bruceing” measures
approved by voters for local governments across the state, thus prohibiting
them from keeping excess property taxes. It would also have established
expiration dates for future property tax increases and have allowed citizens to
vote on property tax issues anywhere they own property. The measure was losing
77 percent to 23 percent at press time.

Amendment 61 would have prohibited the state from borrowing
money and local governments from borrowing after 2010 unless voters approved
the move. It would also have put staunch limits on government borrowing and
required tax cuts following repayment of a loan. As of press time, the vote was
running 75 percent opposed and only 25 percent in favor.

Amendment 62 would have given rights to fertilized eggs,
making abortion and some forms of birth control illegal, as well as creating
obstacles to in vitro fertilization and a host of legal difficulties relating
to issues such as inheritance. As of press time, it is projected to lose by
roughly 73 percent to 27 percent.

Amendment 63 is a citizen initiative in response to
President Obama’s attempt at health care reform. It would amend the Colorado
Constitution to prevent the state of Colorado from enforcing purchases of
health care coverage under the federal Patient Protection and Affordable Care
Act (PPACA), which mandates that people buy health insurance and fines those
who don’t. Of all the amendments, it was the closest at press time, running 55
opposed to 45 percent in favor.

Proposition 101 would have reduced state income taxes,
eliminated all state and local taxes on telecommunications and reduced or
eliminated taxes and fees on automobile purchases, leases and rentals, among
other things. As of press time, it was being defeated with 70 percent opposed
and 30 percent in favor.

Proposition 102, fronted by bail bondsmen, would have prohibited
releasing defendants to pretrial release programs, except for first-time,
nonviolent misdemeanor-level suspects. By press time, it was nearing defeat
with 63 percent in favor and 37 percent opposed.

Amendment P would transfer licensing authority for games of
chance, such as bingo or raffles, from the Department of State to the
Department of Revenue. Also, it would allow the Legislature to change rules
regarding the overseeing department and to change a requirement that a gaming
organization must operate as a dues-paying organization for five years to
qualify for a license. As of press time, the vote was split with 61 percent in
favor and 39 percent opposed.

Amendment Q would make it constitutional for the state to temporarily
move its seat of government from Denver in case of an emergency, such as a
natural disaster or an act of terrorism. Currently, there are statutes and
rules that would allow the Legislature to meet elsewhere, but nothing in the
Constitution. As of press time, the vote was running 55 percent in favor, with
45 percent opposed.

Amendment R would amend the Colorado Constitution to exempt
individuals or businesses operating on government-owned property (possessory
interests) from paying property taxes if the value of the real property used is
less than $6,000. It was poised to pass, with 62 percent in favor and 38
percent opposed.