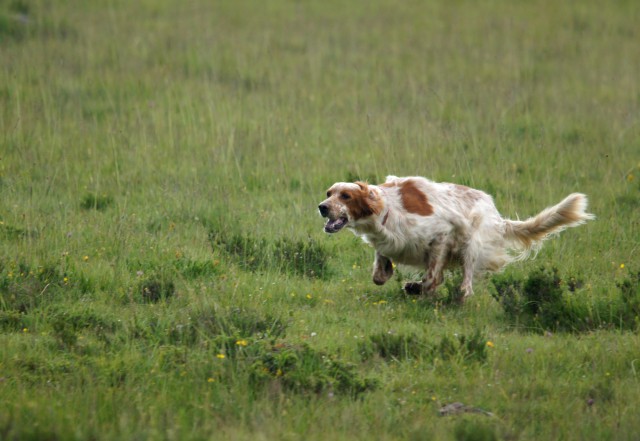 The dog — a mix of some kind — stepped out of the undergrowth, padded through the small stream that bisects the Mesa Trail just south of Chautauqua and caught up with its owner. Its face was full of porcupine quills.

The dog’s owner saw this and said, “Oh, what did you do?” But the answer was obvious. It had done what dogs, being dogs, often do. It had seen wildlife — in this case a porcupine — and, not being restrained by a leash, it had given chase.

I grew up in Boulder. My father, who during my childhood was an avid rock climber, mountaineering instructor and member of Colorado Mountain Club, helped construct some of the trails we hike on today. When I became an adult, it seemed right to give back to the mountains that had always meant so much to me and my family.

I spent some time volunteering for what was then Boulder Mountain Parks. This entailed hiking about 12 weekend hours a month to serve as the eyes and ears of the rangers, who can’t be everywhere at once. Of all the problems I encountered during those hikes, dogs were by far the most serious and numerous.

And that’s the tip of the iceberg. It doesn’t take into account the stinking piles of dog excrement or the plastic bags of poop left beside the trail or the other environmental impacts dogs can have. Dogs aren’t wildlife, after all; like us, they are visitors to open space. They ceased being a part of the ecosystem when they were domesticated and allowed to become so numerous.

Some dog owners are upset because they now have access to a mere 95 percent of the trails in Boulder’s Open Space and Mountain Parks (OSMP). Some go so far as to claim that the Community Collaborative Group (CCG), which was set up to gather public input for the
West Trail Study Area (West TSA), ignored the needs and desires of those
who like to hike with off-leash dogs. But here’s what they’re missing:

There
are a lot of us in Boulder — perhaps a majority — who wanted these
restrictions. We want the city’s wildlife to be free of harassment from
dogs. We want to be able to raise our eyes to the Flatirons, instead of
watching our feet to make sure we don’t step in a pile of dog crap. We
want to take our children and elders hiking without worrying that
they’ll be frightened, knocked down, scratched or bitten.

At
its heart, the conflict over dogs on trails is an issue of
consideration, and there are still far too many irresponsible dog
owners, people who do not have their animals under voice and sight
control and yet who view hiking with an off-leash dog as their right.

Like
parents who permit their kids to be noisy and disruptive in a
restaurant, there are too many dog owners who don’t seem to understand
that their “wards” are diminishing other people’s experience.

And in both cases, it’s the fault of the guardians.

If so, your dog should be kept on a leash.

And
if you’re not responsible enough to keep it on a leash, or unwilling to
clean up after it, then you shouldn’t be hiking with it in the first
place.

It’s
unlikely that we’ll ever have the level of enforcement we need to make
certain that only well-trained dogs are allowed off-leash or that dog
owners maintain 100 percent compliance when it comes to picking up
excrement. And that’s why so many of us urged the CCG to provide us with
more places we can hike without having to worry about encountering
someone’s out-ofcontrol dog.

Dog owners are not the only trail users who have a voice. Far from ignoring public input, CCG actually listened.