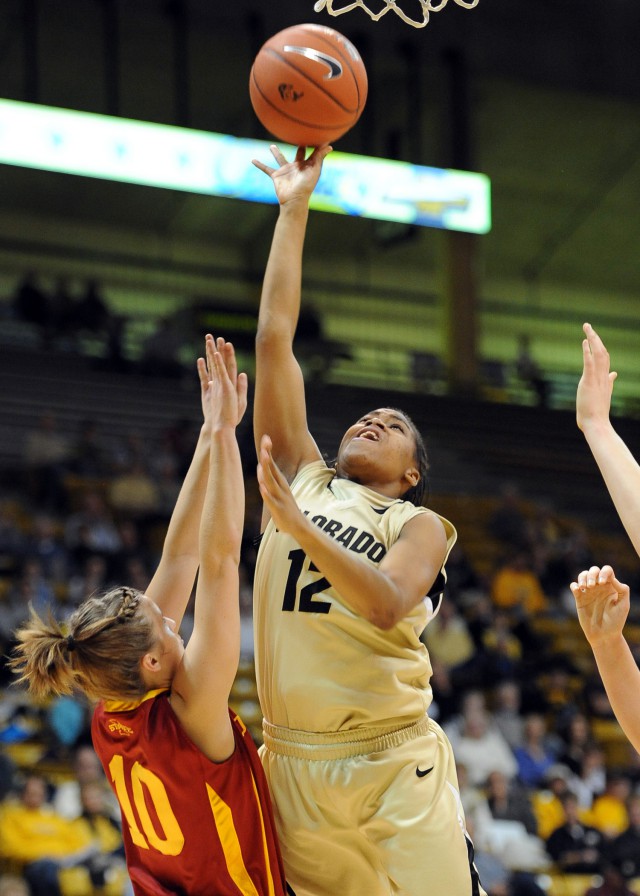 After allowing 66 and 59 points to the Dons and the Vandals, respectively,
CU buckled down defensively and held a talented University of Denver (6-3) team
to only 36 points on Thursday night.

“I’m really, really proud of our team,” said Lappe, after the 71-36
victory. “I thought we played a tremendous game in all phases. Defensively, we
really stuck to the game plan. We played a really smart game.”

The contest remained close until the end of the first half, when a
Chucky Jeffery half-court three-pointer took out whatever wind DU had in their
sails.

Colorado came out of the locker room on fire, with Lexy Kresl scoring
all of her 13 points in the second half, after sitting on the bench for most of
the first with foul trouble.

“That run was good,” said Kresl. “The energy was great right out of the
half. We just kept going.”

Jeffery was once again
undoubtedly the star of the game, scoring 20 points and recording six rebounds
and assists. Perhaps the most impressive metric of Jeffery’s performance is her
field goal percentage, shooting 90 percent from the field.

Thursday’s win is perhaps the most significant of CU’s eight this
season. DU beat the Buffs last year, and the Pioneers have the preseason Sun
Belt player of the year in Kaetlyn Murdoch and another star in Quincey Noonan.
Colorado’s stifling defense held Murdoch to eight points and Noonan to two.

With the win, CU improves to 8-0 on the season, making them one of only
12 undefeated teams in division I women’s basketball. The Buffs will take a
break during finals week, returning to the court next Saturday against Weber
State.