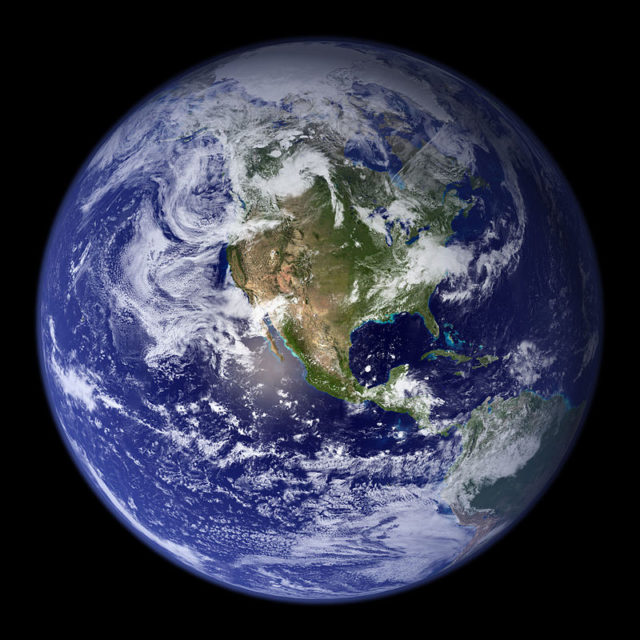 Boulder Weekly has always made environmental reporting a top priority. Looking back through our archives paints a striking picture of just how much has changed on the environmental front, and at the same time, how much still needs to change.

In the early 1990s, much of our environmental reporting was investigative work centered around toxins on public lands. We reported on the hydrazine, aka rocket fuel, that had been poured into ditches when the old Beech Aircraft facility between Boulder and Lyons was still making weapons and fueling rockets for the Vietnam War. This hydrazine — considered one of the most toxic substances on the planet — had made its way into the groundwater and was contaminating the open space and surface water downhill of the plant. The groundwater now has to be captured and treated before it is released downstream.

Toxins are still a big part of our investigative reporting at BW. We’ve broken many stories over the years from Syntex spills to problems with the Cemex plant near Lyons to the contamination under the Dushanbe Tea House.

And, of course, there was Valmont Butte, our 37,000-word, 10-part series that took three reporters more than six months to produce. What did we get for our efforts besides a few national awards? After refusing to allow BW to attend the media tour of the finished project offered to all other news outlets, the City of Boulder also started charging BW (but not other local newspapers) ridiculous amounts of money for every open records request we made to the city. I guess some folks just don’t like watchdogs, or abiding by the laws pertaining to free speech… but I digress.

Toxins are still a big part of what we do, but looking back at our early reporting, it’s striking to note the lack of language around climate change, global warming and sustainability.

But it makes sense, that was back before the fracking boom began destroying our air quality and climate change started to show itself in the form of super storms, droughts, floods, crazy warm winters, hotter summers and wild changes in the nation’s weather patterns. And let’s not forget rapidly melting ice at the poles, warming oceans, sea level rise and increasing methane levels due to melting permafrost. There are good reasons our environmental reporting has expanded.

In recent years we have been very involved in reporting on efforts in Boulder County and other parts of the state to stop oil and gas extraction in our neighborhoods and limit its impact on the planet. We have covered the citizen activists fighting the oil industry and the politicians whose backroom deals have prevented Colorado citizens from freely exercising their constitutional rights to change the laws in order to protect their families’ health and property values. Even as I write this, the oil rigs are cued up on our eastern county border preparing for their long-awaited invasion of our public lands and our neighborhoods.

In an early issue of BW back in 1993, we wrote about old oil wells contaminating backyards in Lafayette and spoke with residents who wanted communities to have more control over what the industry could and couldn’t do in our neighborhoods.

Sounds familiar doesn’t it? But trust me, the people of Lafayette are making this same demand today only much louder, less politely and with a far greater sense of urgency.

Looking into my crystal ball regarding BW’s environmental coverage over the next 25 years, I suspect we will be writing about the coming assault on Front Range communities by the oil and gas industry. We will, no doubt, be covering the acceleration of global warming and doing our best to take on the political powers who have shown themselves to be beholden to oil industry money to such a degree that their environmental actions in response to global warming are little more than nearly meaningless incremental changes to regulations or the appointment of panels to supposedly “study” the issues.

My crystal ball also says that we will, in the not-too-distant future, be covering the popping of the oil-shale economic bubble. Hundreds of billions of dollars have been borrowed against oil and gas reserves that are proving to be much smaller and lower-priced than the lenders had imagined, or were led to believe. This collapse will not only rock the global economy, it will ultimately stick citizen taxpayers with hundreds of billions of dollars worth of environmental remediation that must be done as the oil companies supposedly responsible for the eventual cleanup of tens of thousands of wells simply walk away or become insolvent.

We’ll see if my crystal ball is right. But I wouldn’t bet or vote against it.

I wish I could say that our emphasis on environmental reporting was no longer needed, but as most of you know all too well, it has never been needed more. And I suspect its importance will only grow in the future as our planet literally fights for its survival against a greedy corporate system addicted to hydrocarbons that has taken control of both major parties of our political system.

BW can’t fix all the problems but we promise to do our best to give you the information you need so that all of us can, together. Thank you for reading all these years. We’re just getting started.