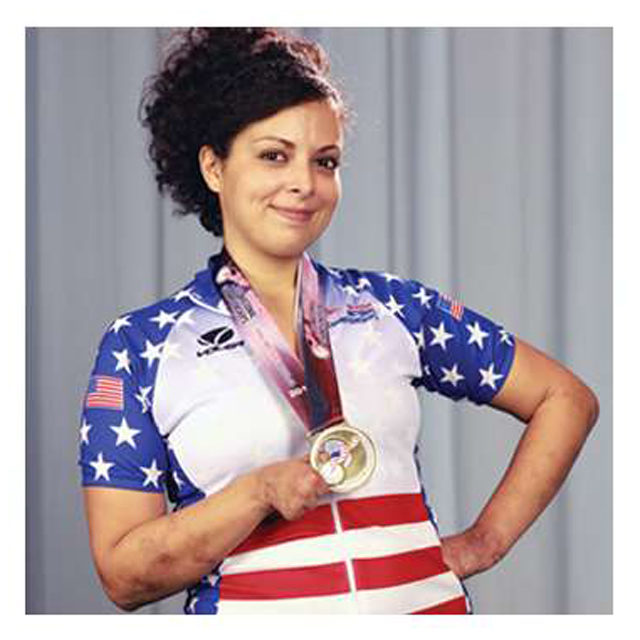 The first semester of college for any student is an exciting time, full of expectations and new beginnings. But for Jamie Schanbaum, it meant a trip to hell and back.

In November 2008, what started as a Wednesday night hanging with friends on campus in Austin, Texas, ended with Schanbaum in the emergency room, just 14 hours after she developed flu-like symptoms. Schanbaum had contracted a disease that, by the time symptoms appear, is almost always already very progressed.

When Schanbaum made it to the ER, she was cold and couldn’t stand on her own, walking slowly, holding herself up against the walls. She was diagnosed with meningococcal disease, also known as meningitis, an uncommon but aggressive infection that, within 24 hours of onset of symptoms, can be fatal or cause life-long disability.

According to Kaylan Stinson, regional epidemiologist for Boulder County, the disease itself is caused by a bacterium that is found in the nasal passage and throat of one in 10 people. For some, it doesn’t cause any symptoms. For others, “it invades other parts of the body; it becomes invasive and that’s when we get meningococcal disease,” Stinson says. Meningitis can be spread by coughing and sneezing, sharing drinks and eating utensils, kissing and living in close quarters.

She was put in a semi-medicated coma for the first three weeks of the disease’s onset, and her body decayed day by day.

“When I woke up, I had scars. My hands, my fingers and my feet were black. I just had dead limbs,” she says.

She spent three months in the hospital trying to recover, but by then the doctors knew they needed to amputate. Schanbaum did hyperbaric chamber treatments, a therapy where the body is exposed to 100-percent oxygen at a high pressure to heal wounds. It worked. Because the oxygen rejuvenated her limbs, the doctors were able to “save more than they originally planned,” Schanbaum says. “They amputated below the knee instead of from my thighs.”

Amputation was not an easy decision for Schanbaum. She was young, about to start her collegiate career and not sure how she’d adapt to the different functionality in her limbs.

At first, doctors wanted to see if they could maximize the areas they could save. For a while, every week was a different prognosis, from half a foot to both feet to her leg. In the end, she just wanted to get on with her life. “I felt like a statue in bed. I couldn’t move my limbs. They were swelled up like a balloon,” she says. “That’s when I knew I needed the amputation.”

About 12 weeks after contracting meningitis, Schanbaum lost her fingers and the lower portions of her legs. She had to go back to the basics: re-learning how to walk, brush her teeth and feed herself — things she always took for granted.

“I was faced with a challenge and needed to become a problem solver. It was very frustrating,” Schanbaum says. “But people adapt.”

Sports weren’t a big part of Schanbaum’s life before she got sick — in fact, she only biked to get around campus. But after her amputations, the fear of not being able to do activities she could have done before, like ride a bike, hit her hard. That was, until she met someone who told her she could.

“I met someone at rehab who said, ‘I heard you like cycling. You are going to be on the next U.S. team one day,’” Schanbaum recalls. “I was like, ‘Get out of here. I am trying to figure out how to walk.’”

Eventually Schanbaum was introduced to an adaptive cycling coach, who helped her get a customized bike that fitted her special needs. Once she learned how to ride, she did not stop. Mile after mile, cycling no longer was a way of transportation; it became a source of independence and gave her exciting goals to work toward. With an extensive training plan, she started looking to win races.

In two years she went from learning how to walk, to learning how to adapt a sport without legs or fingers, to riding around 70 miles per week, and, ultimately, to a win at the 2011 Road National Paralympic Championship, which earned her a spot on the U.S. Paralympic Cycling Team.

She was now a professional athlete. Being on Team U.S.A. felt surreal for Schanbaum. “It was the most professional thing I’ve ever done,” she says. “Banners everywhere, media interviews, seeing different people with their challenges and how they ride a bike, the podium, the medals, the audience. I was very happy that day.”

Nowadays, Schanbaum only cycles as a hobby. But the memories she made as a member of the U.S. team make her feel proud of her journey. “Walking into the velodrome was powerful. Seeing my teammates training. In that moment I knew I made it,” she says.

But 2011 not only gave Schanbaum a win as an athlete, but also as an advocate. After accepting the fact that she was going to be disabled for life by a disease she did not even know existed, Schanbaum learned that a vaccine could have prevented her from getting meningitis.

While recovering at the hospital, she started advocating for the awareness of meningitis and its consequences. She joined forces with a nonprofit that was lobbying for a law mandating all colleges in the state of Texas require students to get an existing vaccine protecting people against all types of meningitis. In the summer of 2009, Senate Bill 918, requiring meningococcal vaccination of private college students — also known as The Jamie Schanbaum Act — passed after two attempts. In 2011, the law was amended to cover all colleges, both private and public, in Texas. (While Colorado requires education about meningitis for all college students, it doesn’t mandate the vaccine.)

To keep promoting awareness of the impact of meningitis and the importance of vaccination, Schanbaum became a spokesperson for the pharmaceutical company GlaxoSmithKline PLC, a role that brought her to share her story at the Colorado Department of Public Health & Environment & Colorado Children’s Immunization Coalition Joint Coalition Meeting: Meningitis: A Lived Experience and Opportunities to Vaccinate.

There are about five to six cases of meningitis in Colorado per year, according to Stinson, and in Boulder County it’s less than one case a year. The last case reported was in November 2018, when University of Colorado Boulder announced a 19-year-old student was diagnosed with meningococcal meningitis. He made a full recovery, but, like Schanbaum, he contracted the disease while on campus.

From January 2015 to November 2016, there were 18 cases, including one death, of bacterial meningitis at colleges across the country. The risk of contracting meningitis is approximately 3.5 times higher in college students aged 18 to 24 years when compared with persons not attending college of the same age, according to the Centers for Disease Control and Prevention. Students live in close contact in dormitories, and that’s the risk factor on campus, says Dr. Ann Mattson, CU Boulder medical director. Although hand washing before eating and avoiding sharing utensils can help prevent infection, vaccination is the most effective tool.

“People might not feel pressure to get vaccinated because they don’t think it can happen to them. But when you are in the hospital fighting for your life, you think of that moment when you could have acted, but you didn’t,” Schanbaum says.

With a bill under her name and gold medals as a para-athlete, Schanbaum feels grateful and powerful about how things turned out for her. “What at the beginning was a sad story is now a cool story,” she says. “Ten years after, it stills blows my mind every time I say it out loud.”