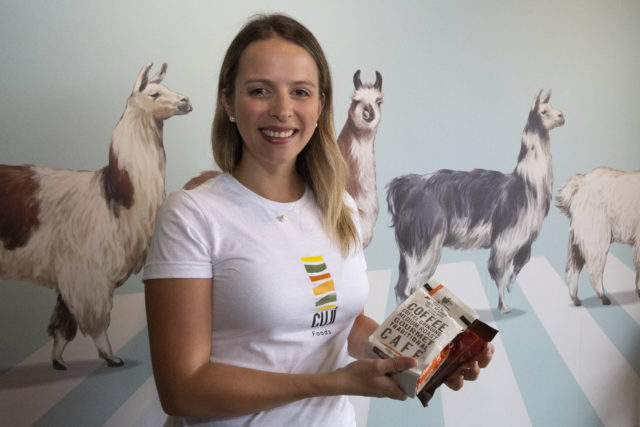 First impressions can be deceiving, especially when it comes to food in Boulder. While there is an impressive roster of international eateries in the city dishing everything from Thai to Middle Eastern cuisine, sources for global ingredients aren’t obvious to newcomers. They won’t find those long boulevards chockablock with global food markets and bakeries that cities like Denver and Aurora boast.

Granted, Boulder is rich in supermarkets as well as Sprouts, Trader Joe’s, Vitamin Cottage, Whole Foods and Savory Spice Shop that are well stocked with the most common international ingredients and seasonings. However, that’s not nearly enough if you are serious about authentic global cooking. That’s especially true for the area’s large contingent of foreign-born students, scientists and techies.

Where do locals source the necessary ingredients needed for crafting Indian, Brazilian, Indonesian, Provencal and Guatemalan dishes at home without driving to Denver?

If you poke around a little, you’ll find an amazing variety of family-run markets tucked away in strip malls and side streets across Boulder. They tend to be small and jammed with goods from floor to ceiling. The culinary roster has grown with the opening of shops offering goods for cooking South American and Afghani fare.

Middle Eastern eateries and markets had occupied this location for many years, but the opening of Silk Road Grill and Market provided one of Boulder’s first tastes of Afghani food. The deli dishes favorites like hummus, gyros, falafel and kebabs on long basmati rice, but be sure to step out with authentic homestyle Afghani preparations such as Kabuli palow and lamb shank. The shelves offer a limited range of teas (chai), spices, condiments and pickles.

There have been plenty of places nearby to find Central American foods, but until Cuji Foods opened in Boulder, the tastes of South American have been hard to find. The small shop imports foods and ingredients directly from nations from Venezuela to Argentina. The shelves are stocked with coffees, teas, cassava crackers, chocolate bars and bottled garlic sauce. Frozen favorites include arepas, ready-to-bake Argentinian meat pies, empanadas, cheese bread, various sausages and prime meats from Uruguay. A cooler provides cheeses and chilled yerba mate and other drinks.

Boulder’s two small Indian grocery stores provide their regulars with some fresh vegetables plus the right varieties of basmati rice, spices, pickles, chutney, flours, curry mixes, yogurt, ghee, papadum and chai. The frozen cases offer prepared dishes, paneer, snacks and Halal meats including goat. Both stock Indian breads including paratha, chapati and naan. These are great places to get advice on how to make tandoori or vindaloo.

By far the largest contingent of international markets in Boulder feature foods from Mexico as well as Central American and Caribbean nations. Panaderia Sabor a Mexico is primarily a wonderful bakery with a wall of pastries, pan dulce, orejas, bolillo buns, cinnamon sugar-dusted churros, cream-filled horns and cupcakes, pineapple and pumpkin empanadas and tres leches cake. The rest of the tightly packed shop is stocked with tortillas, cheeses, candies, snacks and other foods. Shop here for a wide selection of colorful, candy-filled party pinatas.

Las 10 Americas Carniceria, El Valle Market and La Loma Carniceria are known for their butcher departments filled with fresh cuts of meat. These larger stores are a great source for all the vegetables, dried chilies, canned goods and seasonings needed to cook Mexican and Central American fare at home.

At 36 years old, the Asian Food Market is the grandmother among Boulder’s markets. It looks tiny from the inside, but the interior rooms are floor-to-ceiling with the vegetables and canned and dry ingredients for Chinese, Japanese, Filipino, Indonesian, Thai and other cuisines. Dim sum options and meats for pho fill the freezers, and coolers are loaded with canned beverages and fresh, locally made essentials like kimchi and dipping sauces. There’s an aisle of noodles, plus teas, teas, coffees and condiments. Don’t miss the giant freshly fried sesame ball snacks, soft in the middle and mildly sweet. (For a much more extensive stockpile of Asian ingredients and seafood, visit Pacific Ocean Marketplace in Broomfield.)

Boulder’s French-oriented deli is a delight, starting with freshly made sandwiches like the LeFrigo Royal—that’s Paris ham, saucisson, prosciutto and cornichons on a buttered baguette. There is also a glass case of freshly baked pastries, quiche, croissants and baguettes from a local French bakery. European food lovers sigh when they see the shelves of imported jams, olives, sauces, chocolates and sweets. The cooler is stocked with pate, cheeses, French-style sausages and frozen ready-to-heat treats. (Another great nearby source of French foods and cheese is Longmont’s Cheese Importers.)

John Lehndorff is the food editor of Boulder Weekly and host of Radio Nibbles on KGNU.