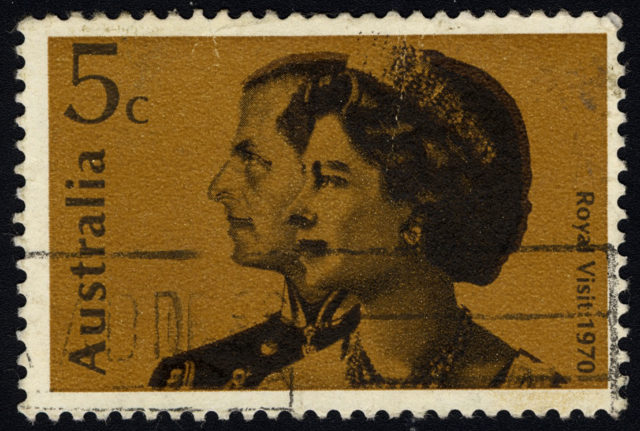 The wall-to-wall coverage of Queen Elizabeth’s death was a brightly colored spectacle, but it was a bit North Korean.

It is curious that the U.S. media and political elites of all kinds uncritically celebrated the royal family with fervor. A number of years ago, British historian Andrew Roberts may have provided a reason for this. He wrote, “Just as in science fiction, people are able to live on through cryogenic freezing after their bodies die, so British post-imperial greatness has been preserved and fostered through its incorporation into the American world-historical project.”

When George W. Bush invaded Iraq, Roberts compared the president to Churchill and had a chummy meeting at the White House in 2007. Roberts embraces a tiny group of British-based South African and Zimbabwean exiles called the Springbok Club, which calls for “the reestablishment of civilized European rule throughout the African continent.” The club was founded by a former member of the British neo-fascist National Front.

But why the fuss about the Queen’s big show? She was a nice old lady who had tea with Paddington Bear. It’s tempting to escape into a Disney fairy tale in these harrowing times. Isn’t it harmless fun since the royal family has no real power anymore? That is true on paper, but there was an exceptional event in 1975 in a faraway land.

On Nov. 11, 1975, the governor-general of Australia suddenly, and without any warning, dismissed the elected prime minister and dissolved the parliament. It sparked a constitutional crisis. The governor-general was the Queen’s representative in Australia and it was assumed he had no power. Like Mike Pence on Jan. 6.

The prime minister was Gough Whitlam, who led the first Labor Party government in 23 years. Whitlam promised a “social revolution.” From 1972 to 1975, he had an impressive number of accomplishments — a universal health care system, tuition-free college, equal pay for women, a return of traditional land rights to Indigenous people, abolition of the death penalty, and the end of the “White Australia” policy, which intentionally favored immigrants from European countries, particularly the U.K. He ended his country’s participation in the Vietnam war.

Writing in Jacobin, Branko Marcetic says the Labor Party had “a small majority in the House of Representatives, but in the Senate — where, similar to the United States, smaller, rural populations hold disproportionate power — it held less than half the seats, and the balance of power was often held by the opposition.”

Like Mitch McConnell and the Republicans in the U.S., the rightwing opposition played an obstructionist role. Marcetic notes: “While the Senate had rejected only 68 government bills in its first 71 years, it rejected 93 of Whitlam’s bills in just three.”

In 1974, the opposition said they would refuse to pass “supply” — which authorizes the supply of money that the government needed to function — unless Whitlam called for a new election. He did, and Labor got a reduced majority in the House, and the Senate stayed about the same.

In 1975, the opposition senators pulled the same trick, but Whitlam refused. Support for Labor surged and opposition leader Malcolm Fraser’s popularity hit a new low. A month later, governor-general Sir John Kerr dismissed Whitlam, appointed Fraser in his place and dissolved both houses of parliament for new elections. Protests broke out in the streets.

The conservative opposition would win amid economic turmoil and the hostility of the media, particularly Rupert Murdoch.

Until his death in 2014, Whitlam would talk about the “coup.” When Australian historian Jenny Hocking was researching her biography of Whitlam, she consulted Kerr’s writings in the National Archives. She found out about secret meetings between Kerr and Fraser and High Court judges.

But the correspondence between Kerr and the Queen was missing. It was withheld. After several years of court battles, Hocking won access. The correspondence would show that the Queen and her private secretary knew more about Kerr’s intentions than Whitlam.

Whitlam challenged Great Britain and the United States. He wanted to turn Australia into a European-style social democracy. He replaced “God Save the Queen” as the national anthem and ended royal patronage. He sought links with the global Non-Aligned Movement. There was a plan to buy back foreign-owned mining leases and nationalize the resources sector.

The leases for three secret U.S. spy bases in Australia were up in 1975. Whitlam was asking too many questions. Investigative reporters have written about Britain’s MI6 and the CIA undermining Whitlam. Kerr had ties to both intelligence agencies.