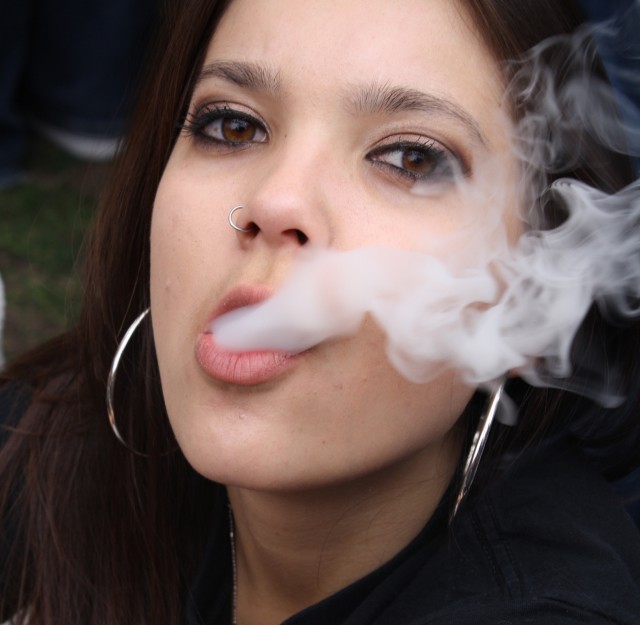 There are so many angles from which to contemplate the wrong that CU is perpetrating with respect to its tactics to end the “4/20 smokeout” that one hardly knows where to begin.

We should be deeply troubled by the closing of the grounds of a public university and the manner in which this suggests the limiting of vital discussions of topics that an institution of higher learning ought to be promoting, including the politics of marijuana. We should be equally troubled by the disingenuousness of the CU public relations machine, as it endeavors to obfuscate its true agenda — maintaining the success of its corporate-like business model and the flow of cash that is necessary to fulfill it — by hiding behind the illegality of marijuana and an insincere concern for “substance abuse.”

We should also be troubled by the manner in which corporate media has offered itself up as a de facto, free of charge public relations vehicle for the University. For our corporately owned daily paper to allow CU to use its headlines to convey its scare-tactic message designed to thwart free speech and our right to assemble is disturbing. Those who profit by trumpeting the value of free speech for themselves have an intense obligation to protect that same right for others. Refusing to be a mouthpiece for those who seek to limit the rights of men and women with a different point of view than those in power is a critical responsibility of the media at a time when the power of the individual is being steadily, methodically and intentionally eroded.

However, as troubling as all of that is, the greatest wrong in this entire scenario is the way the university is failing the students who have come to Boulder to learn how to take their place as the next generation of Americans by sending the unmistakable message that they should accept a passive role of conformity and submission, rather than one of vision, leadership and activism.

Whatever one believes about the politics of marijuana, we all must agree that American citizens have the inalienable right to gather and protest on behalf of what they believe is right — for themselves and for our society. And among all of the styles of protest, that of gathering with other like-minded individuals in a “strength in numbers” manner to speak truth to power is the most important to protect, as it is within the safety of such a protest that citizens are truly empowered to let their voices be heard.

Alongside the many educational opportunities that must accompany a college education, becoming involved in political causes and student activism are an essential part of the curriculum. In that regard, the “4/20 smokeout” has been nothing less than a brilliant feather in the cap of the University of Colorado Boulder. For within the context of this annual tradition lies a ready-made model for CU students to learn how to protest what they believe to be unjust. How many universities can boast that kind of educational opportunity?

In choosing the approach that has been so carefully strategized by the University and so well publicized in the Camera, both of these entities have shown their true colors. Clearly, CU cares more about how its national reputation as a “party school” might be bad for business than it does about offering a true, realpolitik educational opportunity for its students. As for the Camera, this serves as yet another example of the way in which corporate media is increasingly becoming just another tool in the toolbox of deceit being utilized by the public relations departments of powerful corporate and corporate-like entities.

And what of the message that this sends to CU students who have, ostensibly, come to Boulder to be exposed to the highest, most progressive and advanced version of human thought, research, reflection and consciousness? What do our impressionable youth — the ones we are counting on to solve the weighty problems with which we will entrust them as they take up the torch of a society that was created to reflect the highest set of principles in the history of human civilization — learn from this event? Do they learn that we live in a society that guarantees fundamental rights, such as freedom of speech and the right to assemble? Or do they learn the disillusioning and disempowering “truth” that in America we merely pay lip service to the freedoms that are necessary for student activism to continue to flourish? Do they learn that one must stand strong for one’s beliefs and fight against injustice in the world? Or do they learn that taking a stand for what one believes in and fighting against injustice are fruitless endeavors that may result in receiving a citation that might hinder their ability to earn a living when a potential employer learns of it? Do they learn to take their place in history in a sacred chain of student activists that have fought for and achieved political, environmental, economic and social changes in areas ranging from racial discrimination to equal rights for women to injustices in the military, industrial and prison systems to war and peace, and countless other important causes? Or do they learn that powerful entities inevitably win out in the end, and that it’s better to accept things as they are than try to change them for the better?

We have many battles that lie ahead, including issues of the environment, human rights, health care, Arab- Western relations, immigration, labor, poverty, gay/lesbian rights, etc. Who is going to fight these battles in the future if we enable this unacceptable disenfranchising of the very young people whom we should be encouraging to take on the lofty goal of furthering the cause of human civilization and improving the human experience?

This is not about whether marijuana should be legalized. Rather, it is about whether we wish to empower the next generation of Americans to believe that change is possible or discourage their involvement with the notion of activism. It is about whether we will allow the de facto corporation known as the University of Colorado to rob the Boulder community of its rights and send a dangerous message to CU students, far more dangerous than whether an innocuous drug called marijuana is smoked on campus or even whether donations to CU decrease because of its reputation as a “party school.”

Bitten by the cobra effect

Protecting the most vulnerable among us