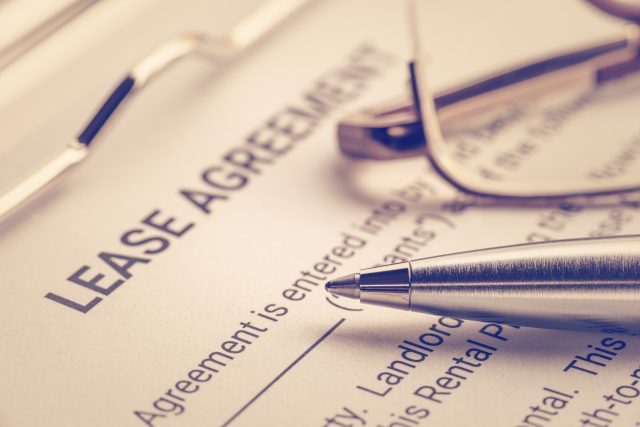 In my June 30 column (The Unrepentant Tenant, “Interest on deposits and repairs for tenants”), I was skipping through the issues the Boulder Tenants Union (BTU) raised in 1982, namely trying to get interest on deposits, and warranty of habitability (something I went into much more detail in my Sept. 8 column). Neither was attained that year, but would gain traction later.

Now I want to return to an issue I mentioned in my June 2 column, a petition BTU started calling for a fair standardized lease in 1980. First some context, that requires my standard disclaimer: I’m not an attorney, and none of what I write is legal advice.

Leases/rental agreements are generally accepted as binding legal contracts, and as such, parties to any contract should have the right to negotiate. In home sales, both seller and buyer are seen as equal, and usually have an attorney and/or realtor negotiate between them. No such equality exists between landlord and tenant — especially in a tight housing market, which is perpetually the state of Boulder’s (and most of the Front Range’s) housing market. Landlords would likely smother a chuckle if tenants asked to negotiate such terms as the rent, fees, deposits, duration or rules. Their attitude is generally “sign our lease as it is, or live somewhere else.”

When I counseled many tenants during the first half of the 1980s for BTU, one issue they would raise would be about leases they were required to sign (or had already signed, to their regret). It was often full of legalese, and written to the advantage of the landlord. While the vast majority of leases are created/approved by attorneys hired by landlords, it is rare for a tenant to run a lease by a lawyer before signing. And even if they did, and were empowered enough to try and negotiate the worst parts, see my smothered chuckle observation.

On one end of the spectrum, rental agreements ranged from handwritten one-page (or less) notebook paper, to generic leases used by small landlords bought in office supply stores (that were not even specific to Colorado). On the other end of that spectrum were complex six-page (or more) documents drafted by corporate lawyers for property management companies. This is still the case, underscoring the wide variety and complexity of these kinds of contracts.

Additionally, since many leases were written for the advantage of the landlord, there might well be illegal and/or unenforceable clauses in them. For example, the lease might state that tenants are financially responsible for all repairs regardless of cause (including landlord negligence); cleaning fees charged regardless of how clean it was on move out; or agreeing to waive legal rights or notice. Courts would generally not enforce these kinds of clauses, but since tenants don’t know that, they felt they had no recourse.

While landlords have reasonable expectations and concerns about renting out their units, their leases may not reflect that reasonability. BTU believed tenants shouldn’t be coerced into signing unreasonable leases, and started a petition that would require Boulder’s City Council to create a standardized lease that was fair to both parties. Again, my June 2 column gives more history, and a link to the 1982 outcome of that effort, the Boulder model lease.

But there were other leasing issues that needed to be addressed.

So BTU brought the issue to Boulder’s Human Relations Committee (HRC), which is where City Council dumped referred tenant issues. HRC recommended City Council pass the BTU-sponsored proposal to require written leases for any occupancy that would be more than 30 days, and a copy of that lease be given to the tenant within seven to 10 days. Although landlords opposed such a common sense proposal, City Council finally passed it in 1983. Boulder likely has the only such ordinance requiring that — it is not a state law.