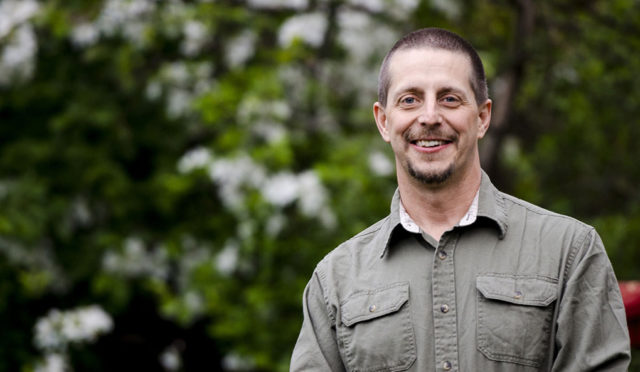 My name is Cliff Willmeng and I am a dad, husband and a full-time registered nurse from Lafayette, Colorado. I am running for U.S. Congressional District 2 because I believe the 99 percent can no longer afford to be spectators in the most important decisions affecting the environment, health, welfare, and our future. I believe that a movement is going to be necessary to bring power to people, and that through this campaign and office we can help to start building exactly that. I don’t believe that the conventional politicians are making things better, and for many reasons feel that substantial change is not only needed now, but that the possibility exists to begin something new, something relevant, substantial and meaningful.

I am a community organizer that has been on the front lines in the fight against oil and gas drilling throughout Colorado, helping to ban the practice in Lafayette and advancing the Community Rights state ballot initiative that would give people a definitive say over corporations. I am a wage earner that has supported working people trying to make a better life for themselves through organizing on the job and fighting for a living wage. I am one of the millions of people around the world that organized protests against the wars that have claimed the lives of so many people in our country and globally.  I am a health care worker that sees people attempting to make life-changing decisions based on fear of debt and bankruptcy. And I know what it means to have tens of thousands of dollars in student loans so that my wife and I could be employed in the medical and educational fields.

We are here to win it. Colorado’s communities, workers, families, our environment and our basic human and civil rights can no longer accommodate the answers given to us by powerful and disconnected representatives. People are rightfully demanding solutions that don’t depend on the agreement of Wall Street, or those representatives that serve as the political wing of big business and corporations. Too much is at stake, and entire generations depend on a clear alternative to the tragic policies of war, environmental destruction, racism, poverty and community disenfranchisement. Another world is possible, and it is going to take the 99 percent to bring that world to life.

I want to thank the people of Colorado for this opportunity and for the enormous enthusiasm already being felt in this campaign. I also want to thank the Green Party of Colorado for my nomination to represent Congressional District 2, and everyone that is striving to regain our world and build justice and freedom from the bottom up. We cannot afford to wait any longer. Let’s fight like the lives of our kids and the planet depends on it, and take that fight from Colorado onto Capital Hill.