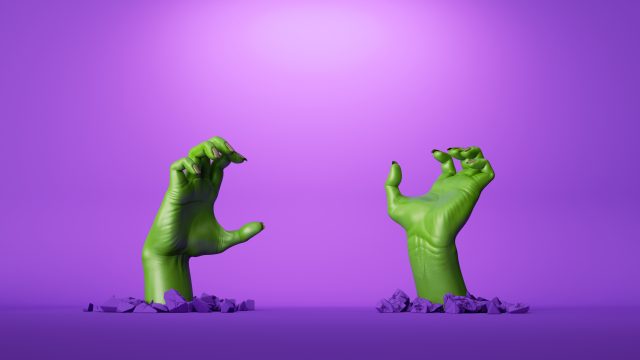 Kudlow was the former director of the National Economic Council under Trump. He gushed that Truss’ plan of slashing taxes for the rich and deregulating energy was a “Reagan-Thatcher-Trump economic policy.” Another Trump economic adviser, Stephen Moore, also celebrated. They were echoed by several right-wing media figures and prominent Republicans.

But in the U.K., there was a public uproar and the pound plunged. Then, 44 days later, Truss was forced to resign. That didn’t change the views of Truss’ U.S. fans. One Fox News commentator even said she was removed by a “globalist coup.”

Economist and New York Times columnist Paul Krugman has talked about the persistence of “zombie Reaganomics.” He has documented how “four decades of experience” have disproved the Republicans’  trickle-down theory that deregulation and tax cuts for the rich result in higher wages and faster economic growth.

The GOP economic policies have been immensely unpopular, so Republicans would deploy a dog whistle strategy of bigotry (race, gender, anti-LGBTQ) while campaigning. Since Trump, they are more and more explicitly nasty. It’s “let them eat hate.”

Meanwhile, Eric Lipton of the New York Times reports that oil and gas industry lobbyists are hoping that the Republicans can take control of the House in the midterms. They are preparing to attack what they consider to be “the Biden administration’s anti-fossil-fuel agenda.”

They are “preparing to team up with House Republicans to intensify oversight of the Energy Department.” In particular, Lipton notes:

“Their hope is to undercut a $4.5 billion program that will give rebates worth as much as $14,000 per household to low- and moderate-income families to install electric-powered heat pumps, water heaters, induction stoves and other devices that would in many cases replace appliances that use natural gas.”

The Biden program is designed to improve air quality inside homes and reduce carbon emissions from burning natural gas.

Republicans are blaming Biden for inflation. But according to a recent analysis by the Economic Policy Institute, enormous corporate profits are behind 53% of the higher prices Americans are paying for gas, groceries and other essentials.

“It is immoral for oil and gas companies to be making record profits from this energy crisis on the backs of the poorest people and communities, at a massive cost to the climate,” Guterres said. “This grotesque greed … is punishing the poorest and most vulnerable people, while destroying our only home.”

The fossil fuel industry is also endangering democracy. Research by anthropologist Eve Darian-Smith shows that creeping authoritarianism around the world is often supported by the industry. The biggest oil and gas barons, the Koch brothers, are poisoning our politics. Vladimir Putin’s brutal colonial war against Ukraine is funded by his oil and gas. At an OPEC Plus meeting, Saudi Arabia took Putin’s side and raised the price of oil.

Meanwhile, the Republicans threaten to refuse to fund the government unless Biden and the Democrats reverse their policies. They have an extortion tool called “the debt ceiling.” Refusing to lift the debt ceiling means that Congress refuses to pay the bills. If that happens, it could trigger a global financial crisis. Political analyst Ryan Cooper explained in The American Prospect: “…the debt ceiling is a legal anachronism dating from World War I that has nothing to do with spending and borrowing as such … No other country has anything like this, because it is logically assumed that if the government has voted through a budget, it has therefore authorized any required borrowing.”

Republicans are aiming at Social Security and Medicare. Sens. Ron Johnson (Wisconsin) and Rick Scott (Florida) have said the programs shouldn’t be considered mandatory programs and should instead be brought up for a vote every five years, or even annually.

Sen. Bernie Sanders (I-Vermont) accused the GOP of planning to “hold the full faith and credit of the U.S. government hostage unless they are able to enact huge cuts” to the programs.

Do you need any more reasons to vote?