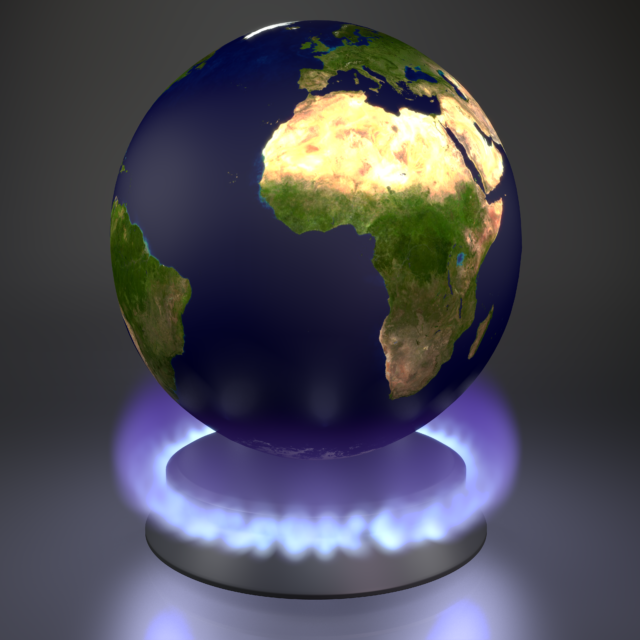 Are you feeling a little more than pissed that so much said and written about climate change is about the problem but not the solution? I am. How BIG is the problem?

From the International Panel on Climate Change Report, here’s a key section of the policymakers’ summary: “The report finds that limiting global warming to 1.5 degrees Celsius would require ‘rapid and far-reaching’ transitions in land, energy, industry, buildings, transport and cities. Global net human-caused emissions of carbon dioxide would need to fall by about 45 percent from 2010 levels by 2030, reaching ‘net zero’ around 2050. This means that any remaining emissions would need to be balanced by removing (carbon dioxide) from the air.” You can find the IPCC Report  at ipcc.ch.

U.N. Secretary-General Antonio Guterres believes we have one year to change course and get started. “If we start today, when global emissions are still growing, the necessary rate is 10 percent. If we delay another decade, it will require us to cut emissions by 30 percent each year,” wrote David Wallace Wells in his New York Times best-seller The Uninhabitable Earth.

In order to stop climate disaster, we need policy changes on world, federal, state and local levels. Here are 10 polices that should be put in place to meet the call to action to a clean energy future for our children’s children:

1) Get rid of government hand-outs to the fossil fuel industry.

2) Give incentives to renewable energy instead.

4) Enact a carbon tax to raise funds to invest in renewables and slow the growth of fossil fuels.

6) Require utilities to produce all their electricity from zero-carbon sources — such as wind and solar.

9) End the use of hydrofluorocarbons, — powerful greenhouse gases used in air-conditioners, refrigerators and foams.

10) End endless wars for oil and profit and cut the 800 U.S. military bases and trillion-dollar-a-year budget by a third and redirect the spending to renewables, clean jobs, electric transportation and new research and innovation.

We are only 12 years away from locking in extreme warming. The IPCC report released last October had a huge impact on leaders around the world and ignited the Green New Deal. The Report outlined how little time we have and how much destruction is expected over the next 50-100 years during our children’s and grandchildren’s lifetime.

It showed how global warming will be 50 percent worse if we strive to keep on tract of the 2 degrees Celsius goal of the Paris Climate Summit as opposed to 1.5 Celsius.

If we put sustainable policies and options in place, we can avoid the crisis. We have the technology in place. Solar is 90 percent cheaper than it was 30 years ago. China has surpassed us in solar’s development and implementation. By 2050, 70-90 percent of our energy could come from renewables. In the next 10 years, countries like Norway will ban combustible engines.

We need 85 percent of electricity to come from renewables by 2050. We can do this on just solar alone. This is an attainable goal. The oil and gas industry has spent nearly $2 billion to stop climate solutions, buy off politicians and tell us it’ll cost over $50 trillion dollars and millions of jobs to save their industries.

“We need $2-3 trillion per year in investments. We spend money on fossil fuel energy and methane emitting technology now. The U.S. spends about $300 billion on renewables already. If we increase that by 15 percent each year for 12 years that’s $10.5 trillion dollars to fix the problem,” explained Jigar Shah, co-founder and president of Generate Capital, a “resource revolution” venture capital firm.

“There are now more jobs in renewable energy in the state of Pennsylvania than coal, natural gas and oil combined,” said Bill Peduto, mayor of Pittsburgh. We have the evidence. If there’s going to be a Green New Deal, cities, counties and states need to adopt ways to become carbon neutral. One hundred and eight cities have adopted a commitment to Net Carbon by 2030-2045. Your community can too. Climate justice is good for our economy, people and environment.

Start demanding our politicians, journalists, leaders and teachers educate themselves on the strategies and tactics to get the problem solved. My kids will be 46 and 44 in 2050, when we need to be at zero carbon emissions as a planet to postpone long term climate destruction. Next month I turn 60. I don’t have hope, I have kids. Let’s work as a nation like our grandparents and great grandparents did during World War II to protect against the destruction to our Democracy, economy and planet.

Arn Menconi is a former Eagle County Commissioner and has run for U.S. Senate and Congress.