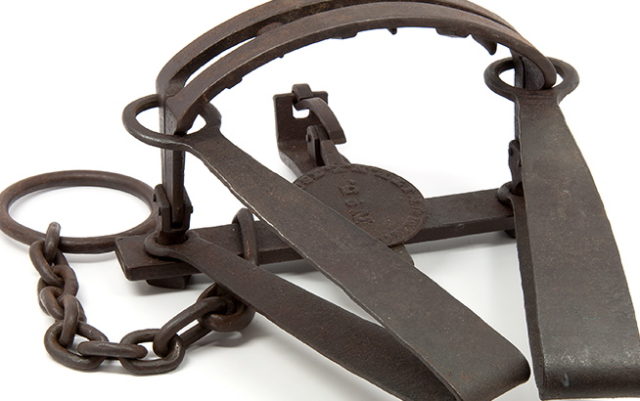 On Mar. 24, WildEarth Guardians filed a temporary restraining order and preliminary injunction in Denver County District Court in their lawsuit against Colorado Parks and Wildlife (CPW), the Parks and Wildlife Commission (PWC), and the Department of Natural Resources (DNR). The injunction would halt implementation of CPW’s Piceance Basin and Upper Arkansas River predator management plans, which were unanimously approved by the PWC in December 2016.

The plans call for the annual trapping, snaring, hounding and killing of hundreds of mountain lions and black bears in the name of research intended to help with the recovery of the mule deer population in those areas.

Critics argue that the predator management plans are not based on sound science, the killing of mountain lions and bears is unwarranted and would have negligible impact on mule deer numbers (see BW’s “Off target,” Feb. 9, “Update,” Feb. 23, and “CPW and the oil and gas industry can’t have it both ways,” March 16).

According to Bethany Cotton, Wildlife Program Director for WildEarth Guardians, the motion for a temporary restraining order and preliminary injunction are necessary because CPW has indicated its intent to move forward with the killing plans despite WildEarth Guardians’ lawsuit. “Many animals could be killed before the judge rules on the case,” Cotton says, adding, “Our hope is the judge will enjoin CPW from setting traps and the like while the merits of the lawsuit are considered.” The plans would begin May 1, and an increase in the killing of mountain lions in the Upper Arkansas River area via increased hunting quotas began in Dec. 2016. CPW was unclear as to whether or not they’d contract Wildlife Services to fill their kill quota should hunters be unsuccessful.

WildEarth Guardians staff attorney Stuart Wilcox, along with attorneys Randall Weiner and Annmarie Cording are challenging both plans as well as the PWC’s process for their approval, arguing they violate the Colorado Constitution, as well as the Colorado Administrative Procedure Act. They claim, “because the planned trapping and snaring plans are lethal and are not bona fide scientific research projects,” they do not qualify for exemption from the trapping ban passed into law in 1996. According to the Ballot Proposal Analysis from that year, Amendment 14 provided an exemption for the use of certain non-lethal snares, traps or nets to take wildlife for purposes of scientific research. The lawsuit argues CPW’s plans are lethal, which CPW explicitly states is their goal.

Cording, Weiner and Wilcox argue that the Parks and Wildlife Commission did not make the “statutorily required determination that must precede such takings,” or killings, because they don’t assure maintenance of adequate predator populations and don’t preserve the proper ecological balance of the environment. In addition to this procedural violation, the motion argues, CPW, PWC and DNR could not make a determination that there are adequate populations of mountain lions and black bears because they failed to obtain current site-specific mountain lion and bear population estimates.

CPW has explicitly admitted to this fact.

In an interview with BW on Jan. 11, Chuck Anderson, CPW mammals research section leader, said, “the question of how many bears there are before we start and after we start is not the primary question.”

And on Feb. 16, during a panel discussion hosted by the Colorado Legislative Animal Welfare Caucus, Anderson responded to Rep. Steve Lebsock’s (D-Northglenn) remark regarding the lack of baseline predator population data by saying, “Yeah, I think that’s a good point. It would be ideal to have carnivore population data associated with it,” continuing, “On the bear side, we don’t know.”

For now, the ball is in the courts where according to Cotton, “the judge will either rule on the briefs or hold a hearing.”

Go to Off Target: Part 5