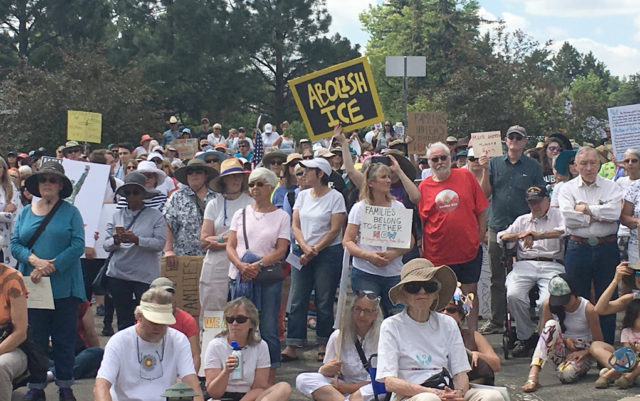 On Friday, June 29, the District Attorney’s office of the 18th District announced it was dropping all charges against Castle Rock resident Shauna Johnson, mother of two, for her written protest earlier in the month outside Rep. Ken Buck’s Castle Rock office.

Amid growing outrage over the separating of families at the border by the federal government,  Johnson brought her two young children to Buck’s office to air her concerns over the policy and her representative’s support of it on June 6. On her way out, Johnson wrote “Stop putting kids in cages Ken Buck” in chalk on the sidewalk outside the building’s entrance.

Building management called the Douglass County Sheriff’s Department and Johnson was charged with second-degree criminal tampering, a class two misdemeanor punishable by three-12 months in jail and up to a $1,000 fine. According to the Colorado ACLU, who picked up her case, she was also told she could be charged with trespassing if she returned to Buck’s office. “Dissent is patriotic, and especially now, we cannot allow government to intimidate or silence those who speak out against injustice,” ACLU of Colorado Mark Silverstein said in a press release, applauding the DA’s decision to dismiss the charges.

“Family separation is a moral outrage, and I wanted to express that outrage,” Johnson said in press release. “It never occurred to me that I was doing anything wrong, as I wasn’t damaging any property or blocking any doors. I was just speaking and hoping that my message would appeal to Representative Buck’s humanity and convince him to take action to stop the policy.”

Raising hail to put 2,500-foot oil and gas setback initiative on the ballot 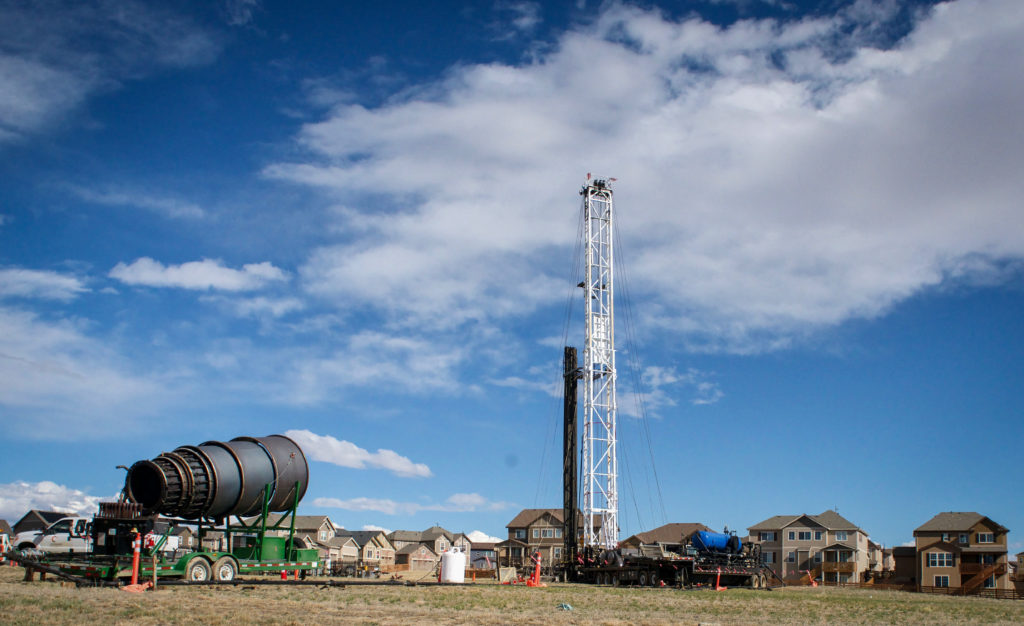 In the ongoing effort to put Initiative 97 on the November ballot, a few volunteers from the grassroots environmental group Colorado Rising are taking a novel approach to raising funds for the organization’s signature gathering operation. More on that in a moment.

Just in case you aren’t familiar with the effort, Initiative 97 is intended to keep Colorado communities free of dangerous oil and gas extraction operations that an abundance of current research has found can harm health, lower property values and will, if left unchecked, eventually destroy the environment and planet. Yes, it really is that important.

The measure, should it make the ballot and pass, would create a 2,500-foot setback or buffer zone between all oil and gas development operations and homes, schools, hospitals, water sources and playgrounds. In other words, sign the petition and vote yes in November and you and your kids, according to the research, will be safer and healthier going forward.

Now about that novel fundraising idea.

As many of you are all too aware, recent hailstorms took a serious toll on area homes in the form of broken windows, skylights and battered roofs.

If you have damage that needs repair, it may be possible to kill two birds with one stone: get your repairs completed while helping to raise funds for the setback effort.

According to conversations with several of Colorado Rising’s core members, they have formed a team that has partnered with an A+ rated roofing company as a way of raising money for the Initiative 97 campaign.

According to a recent statement they released, “We are offering all of you who had hail in your community a free inspection. If damage is found, you can sign up to replace your roof through us, the members of Colorado Rising, and we will donate the commission straight to the campaign. So you can get a shiny new roof, while fueling a campaign that protects our communities from fracking. The best part is, standard home insurance pays for everything!”

The folks behind this idea say the timing is critical for the effort. Signature gatherers for Initiative 97 have reported being constantly harassed and intimidated by what they claim are pro-oil operatives who they claim, in some instances, have admitted to being paid by the industry and/or groups that support it to slow their signature gathering efforts (Boulder Weekly has not independently confirmed the validity of these allegations of payment). With only five weeks left to gather the nearly 140,000 signatures needed to guarantee a spot on the ballot come November, Colorado Rising needs all the funds it can pull in to support its petition-drive efforts.

If you have hail damage and want to help the setback effort raise some money, voluteers suggest “reaching out to our inspection team by emailing unite@corising.org or calling 914-563-6080 to set up an inspection.” 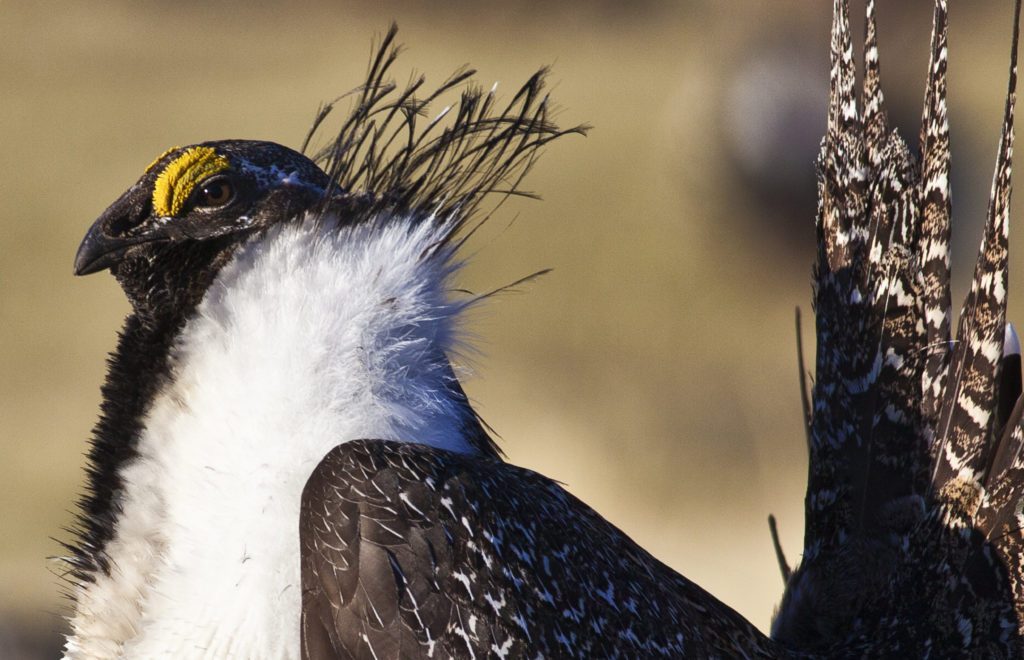 Despite widespread protests from conservationists and other stakeholders, the Bureau of Land Management (BLM) is offering up oil and gas leasing on public lands across the West inside protected habitat for the greater sage-grouse, according to new mapping. Although in line with the Trump Administration’s directive to prioritize energy development on public lands, the recent activity goes against Obama-era habitat conservation management plans created in 2015, which advise leasing outside priority habitat. The Obama plans also prevented the bird from being listed under the Endangered Species Act.

“Ironically these are precisely the sorts of places where leasing should be minimized, because of the importance of grouse as well as big game habitat and because many of the leases have low development potential,” said Barbara Vasquez, a resident of Jackson County and former member of BLM’s Northwest Colorado Resource Advisory Council, in a press release. “Unfortunately, this sale is indicative of the Trump Administration’s approach to managing leasing in sage-grouse habitat across the West. Instead of prioritizing leasing outside of grouse habitat, which so often provides good quality habitat for big game, the administration is blindly offering as many leases as it can.”

Existing and future leases also threaten sage-grouse habitat in Moffat County, as well as additional habitat in Wyoming and Utah. Sales in Montana have been deferred, and in Idaho, withdrawn.