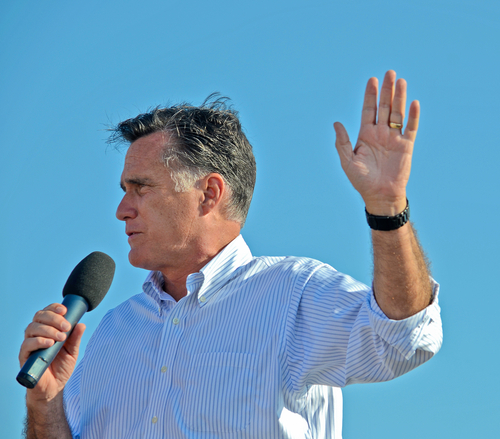 In a secretly recorded lecture to supporters, Republican candidate Mitt Romney is seen complaining that 47 percent of the population will vote for Obama because they’re “dependent upon government.”

Aside from the open admission that he’d abandon people who need help from the government — people like retirees on fixed incomes and working families living at the poverty line — Romney’s bordering on hypocritical.

He didn’t work for his millions, of course, having grown up a multi-millionaire. And as for his taxes? Romney has made a point of avoiding stating how much he pays, but has openly acknowledged that he pays as little as possible and has used loopholes to pay less than half of the 35 percent tax rate for top earners.

See the story at The Nation.