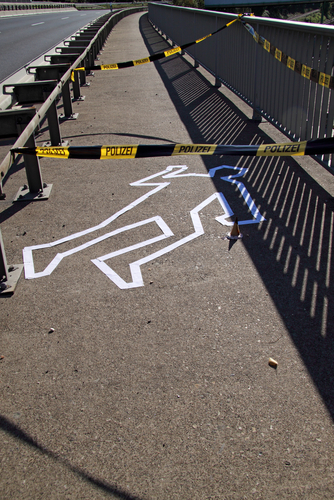 Miami police are trying to figure out exactly why a naked man would
attempt to chew off the face of another man. As if straight out of a
zombie movie, police shot dead a naked man Saturday who had mauled up to
80 percent of another man’s face, according to the local NBC 6
station. “Seventy-five to 80 percent of his face was missing, and he
was actually swallowing pieces of the man’s face,” a law enforcement
official said. Sources tell the Miami Herald the attacker also tried to gouge out his victim’s eyes.

Miami’s WSVN-Fox 7
talks to a man who was riding his bicycle when he came upon a scene he
described as out of a horror movie: “And the guy was like tearing him to
pieces with his mouth, so I told him, ‘Get off!’” he said. “You know
it’s like the guy just kept eating the other guy away like ripping his
skin.”