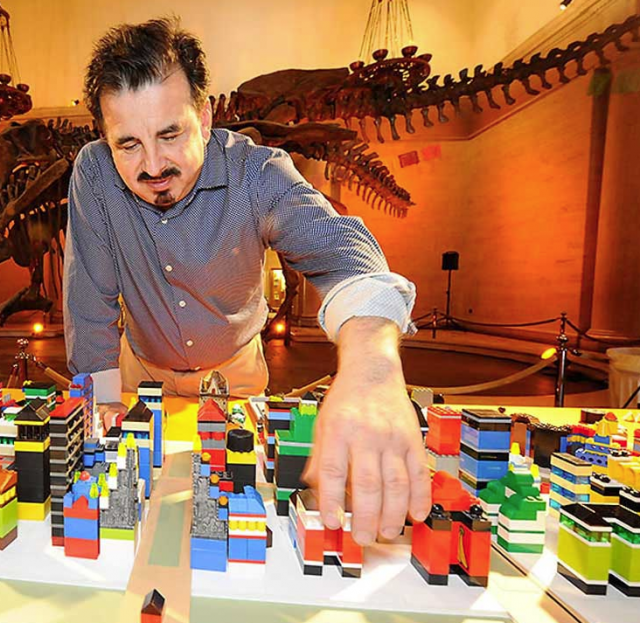 When Latinos move to the U.S., they bring with them their own beliefs, their own food, their own community. Integrating that amalgam of culture and opportunity into the American cityscape is what city planner James Rojas is trying to do.

Raised in “one of the oldest barrios in the country” in east Los Angeles, Rojas eventually found himself at Massachusetts Institute of Technology studying urban planning. He says discussions there focused on “good cities and bad cities,” but that there was a severe lack of understanding about the Latino community and how it contributes to American cities.

Now, Rojas runs the Latino Urban Forum, a group dedicated to improving and integrating Latino communities into cities and towns across the country. He’ll be presenting “Latino Urbanism” at this year’s Americas Latino Eco-Festival at 11 a.m.on Sunday, Sept. 14.

Rojas says Latino immigrants are changing American culture from the inside of its cities outwards. Latinos bring with them from their home countries everything from colored murals to food carts to walkable neighborhoods. Rojas says the transition has been underway for years.

“It’s happening now informally,” Rojas says. “One of the really important issues is how Latinos use front lawns. A lot of Latinos turn their yard into a plaza, reminiscent of a plaza in Central American cities. They use it more as a social use.”

The issue for many Latinos, of which the lawn-as-plaza trend is evidence, is that American cities are slow to change and adapt regulation that supports these neighborhoods.

Rojas says it’s “hard to change anything in the urban planning process” due to regulation. For instance, many immigrants illegally live in garages in Los Angeles because there is a demand for housing. But because their living situation is not typical in American society, it’s difficult to find common ground with regulators and begin to make those communities safer and more accommodating to Latino communities. And because these changes in community norms “changes America to something different,” there will be pushback and misunderstanding from community leaders, Rojas says.

There is a strong “do-it-yourself ” mentality in the Latino community, Rojas says, and getting by these regulatory hurdles to allow that cultural individuality to flourish is part of his goal as an urban planner.

“People are changing their communities to make them more sustainable. Latinos are planting corn and gardens in their front yard,” says Rojas, which he says is not typical of many American households.

One of the issues Latinos face is that they are often forced to move to areas with poor air and water quality, like urban centers and industrial zones, because that’s all they can afford as immigrants. Because the areas are in disrepair, Latinos take the issue into their own hands, by and large, and work to beautify and clean their communities.

“It makes people integrate into the neighborhood. A lot of Latinos move to those areas because the rent’s cheaper and nobody else moves there. They’ll start to organize and campaign and clean these areas up. The park movement in L.A. is very much based by Latino movement because [Latinos] live in these areas,” says Rojas.

In fact, Latinos are even gaining employment out of these communities in everything from landscaping to community organizing to construction due in no small part to their initiative and sense of local responsibility, Rojas says.

This mindset that your city or community can change dramatically based on the work you put into it is distinctly Latino, Rojas says — “They do it sub consciously” — and with continued Latino urbanization, that idea will spread throughout the country to all communities, instilling the ability for everyone to take part in managing their community. At least that’s the thought.

“It’s important to get people involved,” Rojas says. “It’s important for people to know the environment around them and that people have a role in shaping it.”

For more information on Rojas or Latino urban development, visit www.PlaceIt.org. His presentation on Sunday will be at The Dairy Center and admission is free.