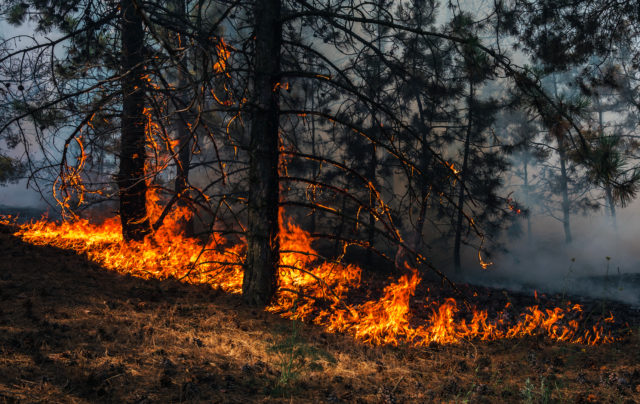 Boulder is proposing a new $6.5 million annual tax on natural gas and electricity to tackle the rising costs of a warming climate, including the now year-round risks of wildfires. If approved by votes this fall, the tax will shift the majority of cost to businesses and industry.

Council has been discussing the tax for more than a year as it looks to replace two sunsetting sources of revenue for the city’s climate work: The Climate Action Plan Tax (a tax on electricity, expiring in 2023) and the Utility Occupation Tax (ending in 2025; initially funding the takeover of Xcel’s Boulder system, now paying for joint projects).

Together, they bring in $3.9 million per year. A combined tax was initially proposed to raise $5 million the first year and increase with inflation every year thereafter until 2040. Staff are now suggesting $6.5 million as the starting point.

“The original target for the new climate tax of $5 million was developed … during a period of time when staff, community, and Council were just starting to face the stark reality of wildfire risk after the Marshall Fire,” staff wrote in notes to Council ahead of the July 28 study session. “The issue of climate-related resilience, especially in the context of wildfire, has become an urgent citywide need and priority.”

Fire was top-of-mind for many respondents to a recent poll about the climate tax, according to staff. An overwhelming 78% of those surveyed would support a $5 million tax, the poll found, and 71% would vote for an $8 million tax.

The average homeowner would pay $6.71 more each year, compared to current CAP and UOT rates. Businesses, however, would see their bills increase by nearly $200 on average; industrial users would pay an average of $722 more.

Additional revenue could be used to pay for a dedicated wildfire risk assessment team, greater mitigation on open space, burying power lines, electrifying buildings and vehicles, and other “Big Moves” identified in the city’s climate strategy.

Council will take a preliminary vote on ballot content Thursday. The public’s first opportunity to weigh in is Aug. 2, when Council will take its final vote on this and other ballot items, including a move to even-year elections and a measure to undo the CU South annexation.

Council will assess the Planning Board’s refusal to allow a drive-through chicken restaurant chain (Raising Cane’s) to set up shop in Boulder.

A draft plan has been released. In it, Police Chief Maris Herold writes of the need to reduce arrests and farm out some of the department’s responsibility to other agencies, and promises that new police practices will address “inequities and concerns raised by social justice activists.”

“A holistic government model of public safety produces outcomes that are more effective, ethical, and equitable than relying on law enforcement alone to address crime and victimization,” Herold wrote in an opening “Letter from the Chief.”

“Asking officers to continually respond to recurring problems, with no plan to address underlying conditions, is unacceptable.”

The draft plan includes six focus areas—mostly about working with the community while maintaining a healthy police force—and a values statement, which reads,

“We feel safe in our community when:

There will not be opportunity for public input at the July 28 study session, but a fourth engagement window will begin later this month or next and run through September. Community members will be invited to provide feedback on the draft plan.

Staff will update Council on plans to convert city streetlights to LED, and on efforts to reduce noise, partying and trash on University Hill.