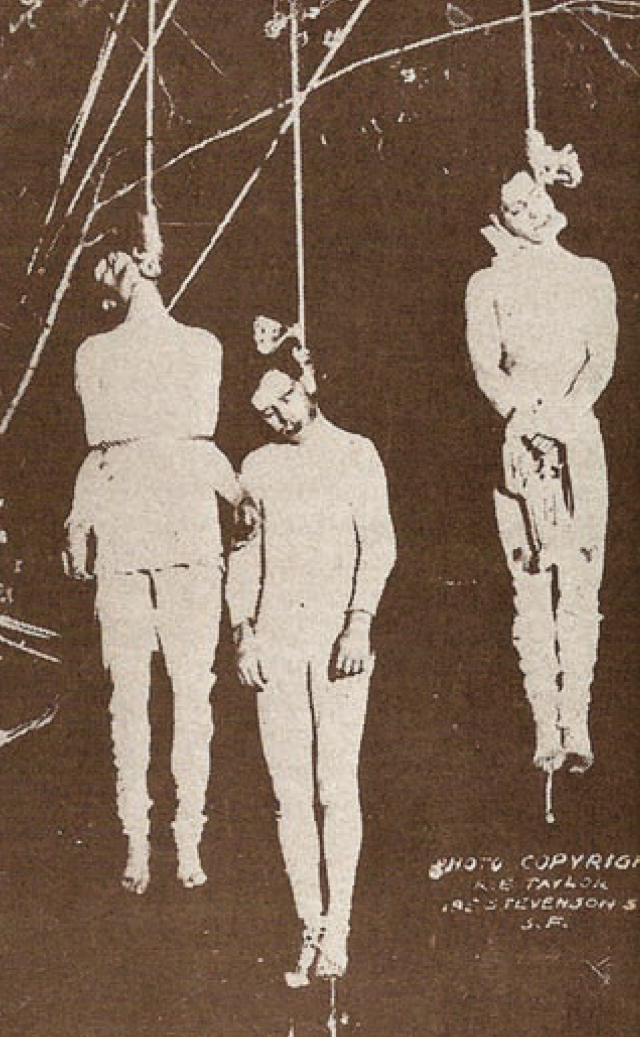 Philip Hernandez says two years ago his uncle John told him about a store on 24th Street in Boulder (now Folsom Street) that he remembered from his childhood. It wasn’t so much a memory about the store as it was a sign in the store’s front window: “No Mexicans or dogs allowed.”

“We know now there were similar signs in other communities around here,” says Hernandez, a Boulder native and longtime Latino rights activist. “It’s ironic because probably a third of the clientele [at the Boulder store] was Mexican.”

Sometimes less obvious than a sign in a storefront — like housing and employment discrimination — and sometimes equally blatant — like hate and property crime — racism still surfaces in everyday life for many Latinos in America. Hernandez says he believes the root of contemporary racism lies in what many people don’t know about historical intolerance.

As a step to bridge the gap, Hernandez and other Latino activists will oversee an exhibit on discrimination against Mexican-Americans in the Southwest in front of the Boulder County Courthouse from 10 a.m. to 6 p.m., Monday, Oct. 5 through Saturday, Oct. 11 (the exhibit won’t be on display on Oct. 9). The exhibit is part of the fourth annual Immigrant Heritage Week, sponsored by the Immigrant Advisory Committee and the Human Relations Commission of the City of Boulder.

“What interested me in this particular project is that you’d talk to individuals and there was … a lack of knowledge about the history of Mexican-Americans in the Southwest, including Texas and California,” Hernandez says. “Particularly these issues of Mexican-American and Anglo [interactions]. And … It wasn’t always a positive experience. If we’re going to deal with racism and the relationship between Anglos and Latinos, I think it’s important they have [an understanding] of what the historical relationship has been.”

The discrimination exhibit will include information on acts of violence against Mexicans and Mexican- Americans; the United States’ Influence on Mexican immigration; segregation of Mexican-American students; discrimination in housing, employment and public areas; dispossession of Mexicanowned land after the Treaty of Guadalupe Hidalgo; and an overview of Latinos in the U.S. armed forces.

Hernandez says each topic will be presented on a dedicated screen with text and visuals to aid in discussions. The hope is to document people’s reactions to the information, “negative, positive or neutral,” says Hernandez. Most importantly, he hopes to reconnect people with their own lineage.

“We want to ask them, ‘What would be your sign?’ No blacks need apply? No Irish? My hope is that people will relate the negative experience of their parents, their grandparents, their great-grandparents, if you know what they were, and translate that to the racism that exists today,” Hernandez says.

There’s plenty of information Hernandez thinks people will find surprising, but perhaps most unexpected, in his opinion, is the rate of lynching among Mexicans and Mexican- Americans. An average of 27.4 Mexicanos per 100,000 were lynched in the U.S. between 1850 and 1920. For comparison, 37.8 African Americans were lynched per 100,000 during the same time period.

“One of the things [we don’t discuss in the exhibit information is] this whole concept of murder by proxy,” says Hernandez. “Particularly the Texas Rangers and Arizona Rangers, but throughout the Southwest, if you couldn’t find the Mexican who created a transgression, you killed the nearest Mexican. And that happened a lot. Let’s say you wanted the land of a small farmer and he wouldn’t sell, you’d just kill the head of the household. And obviously the woman couldn’t run the farm so… sold. The mob violence was tremendous.”

The exhibit makes a point of showing the state of racism today through cold, hard numbers. Data from the U.S. Census Bureau shows that Latinos are the most discriminated against in terms of housing. And in the workplace, 22 percent of Latino workers report experiencing workplace discrimination compared to only 6 percent of Anglos. And while these obscured forms of racism exist, bigotry still erupts in patent violence. In the Federal Bureau of Investigations’ Hate Crimes Statistics Report, victims perceived that more than half of the approximately 294,000 hates crimes that occurred in 2012 were racially motivated, with violent hate crimes against Hispanics more than tripling between 2011 and 2012.

“Within the Latino community there’s just a huge immigrant population, and I don’t want to put it off so easily … but that’s part of [the problem with contemporary racism],” says Hernandez. “I think this country is in great division, whether it’s between the Democratic and Republican parties politically or whatever.”

As an example of political divides fostering intolerance, Hernandez points to the current turmoil in Jefferson County over local school board member Julie Williams’ proposal to create a com mittee to review recently updated content for the Advanced Placement U.S. history curriculum. So-called AP classes are taught to high school students across the nation who can then take examinations at the end of the year for college credit.

Williams’ proposed that AP U.S. history curriculum should “promote patriotism” and “should not encourage or condone civil disorder, social strife or disregard of the law.”

“Instructional materials,” wrote Williams, “should present positive aspects of the United States and its heritage.”

While Hernandez believes that life has improved for many Latinos, for new immigrants, life in America is still fraught with inconsistent messages.

“There is a unique relationship that the United States has with Mexico and countries in Central America that approximately every 20 years we say, ‘Ya’ll come down and work, but when things get bad we want you to go home,’” he says. “When you’ve been here for 15 years and established roots, you’re not going to go home. We direct our discriminatory practices towards that group but it also goes toward the whole ethnic community.”

Hernandez says that volunteers are still needed to man the booth. Interested individuals should call Phil Hernandez at 303-545-0903 or email baspnh@comcast.net.