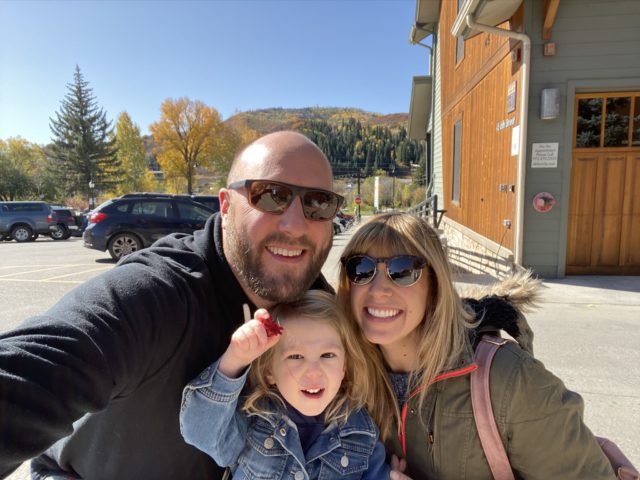 When Sophie Feder Rosenberg was supposed to start walking, at around 18 months old, she didn’t want to. It seemed like she was in pain. So her parents, Blackbelly/Santo owner and chef Hosea Rosenberg and Lauren Feder Rosenberg, took her to the children’s hospital. After months of tests and examinations, the diagnosis came back: juvenile arthritis.

“We started treating that with medications and physical therapy and a special brace,” Lauren says. “Just shy of her second birthday, she was walking all by herself without pain. Everything seemed to be feeling a lot better.”

But there were still some anomalies that first diagnosis didn’t address. Some of Sophie’s bones were underdeveloped, and there was inflammation in her ankles. So a doctor recommended that Sophie undergo whole exome sequencing, the most extensive genetic test available.

As they spent months on a waiting list for the genetic test, Sophie continued to get better. She eventually got the test at two and a half years old, and the Rosenbergs waited an excruciating two months until they got the results in March this year.

“We felt we had been making so much  progress and Sophie was doing so well,” Lauren says. “But hearing she was just passing through phase 1 of a totally different disease, we were stopped in our tracks. It didn’t compute in any way.”

The diagnosis was multicentric carpotarsal osteolysis (MCTO), which presents initially as juvenile arthritis. But, in fact, it’s a rare degenerative disorder that prevents bones and joints from developing and may lead to kidney failure. Only 30 people in the world have been diagnosed with it. No cure or treatment exists today.

The Rosenbergs got the diagnosis the same week restaurants — their livelihood —shut down due to the coronavirus.

“We stayed in our car and cried because we were supposed to be in the restaurant for a meeting and all this other shit was happening in the world, and it didn’t feel real,” Hosea says. “It was very surreal. The way the doctor described it. It didn’t sound like it could be happening. How does the body start eating away at its own bones? It’s been very sad. It’s been very frightening. I go between being OK, and then there’s days where I feel really depressed.”

“As a parent you want to look toward the positive and the growth,” Lauren adds. “Little did we know there could be something entirely different presenting [as arthritis]. That was completely devastating and frightening.”

With no treatment or cure for MCTO available, the clock is ticking to stave off developments that could mean Sophie (who turns 3 at the end of May) loses the use of her hands, or becomes confined to a wheelchair, or needs a kidney transplant. So the Rosenbergs started Sophie’s Neighborhood, a nonprofit that’s starting almost from scratch to raise funding and connect with doctors and researchers to find a cure. The need for action is urgent.

“The longer it takes for us to start treating her, the harder it will be to make a difference,” Lauren says, adding that she could live with Sophie’s current limited range of motion MCTO has caused “if we could stop this in its tracks and put a pause on it.”

“We don’t want it to be so tragic where she’s in a wheelchair or can’t play a piano,” Hosea adds. “We see this window as closing. … There’s these dominos that are up and if someone tips one over they start to fall, you want to stop it. The longer they fall, it may be impossible to pick them back up.

“We’re fighters,” he says. “We want to preserve what we’re experiencing.”

And what are they experiencing? Life with a daughter who has no idea that other children don’t have to wear the casts she has to or visit as many doctors as she does. A sweet kid who doesn’t have to figure out how to make money through a restaurant during a pandemic or how to stop a rare genetic disorder in its tracks. A kid, joyful and silly and free.

“Sophie is amazing,” Hosea says. “I always feel worse about her when she’s not around. When I was playing with her this morning, she kept wanting to give me this little nose nuzzle, and she was being super funny and super cute, climbing on our dog. That not only relaxes me a little bit and makes me not worry, it gives me strength. She’s not a goner. She’s here, and she’s with us.”

Hosea and Lauren can also rely on their strong marriage as well — “We’re in love still,” Hosea says, “and we support and trust each other.” And they take some solace in knowing exactly what’s affecting Sophie’s development.

“I understand that these things happen. I understand nature isn’t fair, nature doesn’t care,” Hosea says. “But at least we know. That’s the one good part of this, and we know exactly what’s happening, even though there isn’t a cure yet.”

And they can take solace in the Boulder community and the network of chefs Hosea is plugged into due to his successful restaurants and his time on Top Chef. After launching Sophie’s Neighborhood, the Rosenbergs received an outpouring of support from all over: local doctors and researchers to provide guidance; renowned chefs, like Top Chef judge Gail Simmons, who has an international reach to get the word out; and even local folks who have been in the Rosenbergs’ position before — Julia Vitarello, a Boulder woman whose daughter is also battling a rare degenerative disorder and who created a nonprofit, Mila’s Miracle Foundation, that led to her daughter getting a treatment that didn’t exist before her efforts.

It’s a long road to duplicate that success, but Lauren says they have a path forward.

“Basically you need a champion, someone who’s going to take on this specific mutation, study it, build mouse models, tests different theories. All of that requires so much funding,” she says. They were told “we should target $2 million, which is incredibly daunting. So it’s our hope and I feel confident we’re going to find that person or that group that will help us.”

There are some leads — there’s a physician’s group in St. Louis, which the Rosenbergs will visit in August, that have seen several MCTO patients — but nothing is guaranteed. One thing that is certain is that with continued doctors visits and hardships along the journey, Hosea and Lauren will have to tell her what’s going on at some point. And, understandably, they don’t know how yet.

“It’s hard to say at this stage because she’s so young how to kind of explain it to her,” Lauren says. “We have a few books that are sweet that talk about differences, one book about dogs that are different, some have three legs and some don’t have eyes and how they can still have a great life and they can kind of do anything. There are books about breathing and taking care of yourself through breath. We haven’t had the conversation that she’s going through something not everyone else is. I’m not sure how we’re going to tackle it.”

So far, Hosea says, Sophie’s taking it all in stride.

“She sees a lot of doctors,” he says. “It’s a normal part of her existence. What makes it funny is kids play all the time, they play pretend and she’s always grabbing me by the hand and saying we’re going to the doctor’s office. It’s bittersweet that that’s her experience.”

Through Sophie’s Neighborhood, the Rosenbergs are hopeful that, with the help of the community, they can find a treatment, and quickly.  And, they’re determined to see it through. Their world is at stake.

“She’s such a special little girl. She’s smart and funny and has a total attitude. She thinks she knows better than you,” Hosea says. “It’s so unfair. It’s hard to imagine it’s going to get worse and that’s exactly why we’re fighting so hard. Any parent would do the same thing we’re doing. She comes before everything else in the whole world. I’d cut off my arms and legs for her.”

To learn more about Sophie’s Neighborhood, and find out how you can help, visit sophiesneighborhood.org. On May 30, Sophie’s Neighborhood will hold a silent virtual auction including virtual meet-and-greets with pro athletes, virtual cooking classes with local and Top Chef chefs, jewelry, furniture, gift baskets and more.