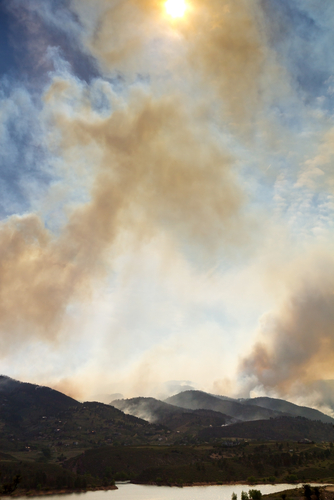 President Obama headed to Colorado Springs, Co., Friday to survey the
damage from a wildfire that has destroyed an estimated 346 homes and
left at least one person dead.

The president has declared Colorado a disaster area, allowing the use of federal aid, as the Associated Press reports.

The Waldo Canyon Fire, one of several burning in Colorado and across
the interior western U.S., is the most destructive wildfire in Colorado
to date. According to CNN,
it’s burned over 16,700 acres so far, and was 15 percent contained as
of Thursday. That sounds low, but it’s actually an indicator that
firefighters are making progress containing the blaze, in part due to
more favorable weather conditions.