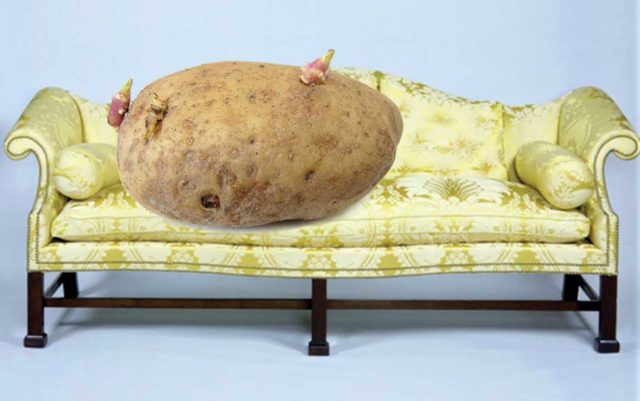 For as long as literally anyone can remember, there have been rumors that smoking weed every day turns you into a sedentary loser. Before it went mainstream, cannabis enthusiasts were cast as lazy couch potatoes whose intense munchies could only be satiated by a variation of processed, unhealthy food. And by that logic, stoners are fat and lazy. Then there are the other groups, like the World Anti-Doping Agency, that consider cannabis a performance-enhancing drug and ban athletes from using it. Confusing, right?

This dichotomy inspired researchers at CU Boulder to explore the connection between cannabis consumption and working out. They surveyed more than 600 cannabis consumers across California, Colorado, Nevada, Oregon and Washington to study how people use it in relation to exercise. A new study of their findings called, “The New Runner’s High? Examining relationships between cannabis use and exercise behavior in states with legalized cannabis research,” was released this week.

Their results suggest cannabis can be an important training aid, increasing enjoyment of exercise as well as helping with post-workout recovery. It may even boost performance and motivation. Among those who pair cannabis and exercise, 70 percent said it increased their enjoyment, 78 percent said it boosted recovery and 52 percent said it gave them more motivation to work out in the first place. Specifically, those who engaged in co-use worked out an average of 43 minutes longer for aerobic exercise and 30 minutes longer for anaerobic exercise.

Almost 500 participants said they endorse enjoying cannabis one hour before, or up to four hours after, exercising. And based on data from the questionnaire, those who did use cannabis in that timeframe worked out longer than consumers who didn’t pair the activities.

“Our results suggest that prior findings of cannabis users being more likely to meet official exercise recommendations may be at least partly associated with perceived impacts of cannabis co-use on enjoyment, reductions in pain and inflammation during and after exercise, and to a lesser extent motivation,” reads the study.

“Furthermore, participants who use cannabis before and/or after exercise reported that they exercised more, and had positive attitudes about co-use on exercise, which implies cannabis may be a useful tool for exercise among some users. In other words, sedentary cannabis users, particularly those who attribute low physical activity to concerns about recovery, motivation, or enjoyment, may benefit from co-use, provided that they select low-risk exercise options that do not compromise safety during intoxication.”

Anecdotally, this makes so much sense to me. There are a few known barriers to exercise that researchers have identified: a lack of motivation, difficult recovery after working out and low enjoyment of the activity. Cannabis lifts those barriers for people like me. I enjoy being active and I have fitness goals that keep me in check, but I don’t always like working out. Getting stoned before going on a long run genuinely motivates me because I feel like I’m more in the moment. I’m not thinking about the list of things in my head that I should be doing instead of going for a run. I’m just stoned and listening to music and moving my body in a way that feels good to me. When I run sober, I notice I’m checking my watch more often like, “Ugh, I’ve only been doing this for three minutes? Feels like 10.” So I find the increase in motivation the study’s most enlightening piece of information, given the prevalence of the “lazy pothead” stereotype versus my personal relationship with the plant.

Obviously the study has its limitations; researchers concede they did not look at which kind of cannabis (edibles, smoked flower, etc.) people used alongside exercise, and they only surveyed those who use cannabis regularly and in states in which it is already legalized. I mean think about it, most of those states, and the western half of the country in general, have healthier populations with more fitness-oriented lifestyles. There are also methodological limitations to the study’s findings. Respondents were anonymous, voluntarily filled out surveys, and were generally gathered from populations already interested in cannabis.

While research is still ongoing, surveys suggest cannabis consumers have a lower prevalence of obesity, and data from the National Center for Health Statistics shows positive correlations between cannabis use and good metabolic health indicators, such as lower levels of fasting insulin, smaller waist circumference, and a reduced rate of type II diabetes.

The study’s authors hope the information will provide a more accurate portrait of the average cannabis user. “This study represents an important step in clarifying cannabis use with exercise among adult users in states with legal cannabis markets, and provides guidance for future research directions,” the study concludes.

So, moral of the story: Yes, cannabis may help you with your workout and recovery, but mostly if you’re already familiar with pot and exercise. Since there are endless possibilities for combining the two, it’s important to pair the right strain with the right activity. The anti-inflammatory properties of cannabis can dampen pain while working out. Given that fact, and the results of the study, researchers think that ultimately it could be used to help older people amongst others, whom often experience a great deal of pain when exercising, the ability to exercise later in life and ultimately live healthier lives.