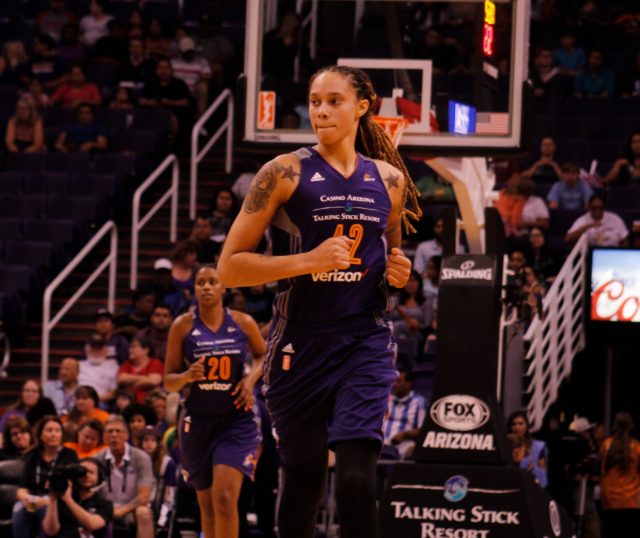 There wasn’t anything Brittney Griner could do as the Russian airport guard rummaged through her roller bag. She was traveling through Sheremetyevo International Airport in Moscow and her luggage had been pulled aside. Sitting just a few feet away, Griner watched as the man removed her belongings one at a time, until he found the vape cartridges. No doubt Griner’s stomach dropped. She was arrested on the spot and has been in custody ever since.

That was over 22 weeks ago. The 31-year-old former number one draft pick for the WNBA was playing for the Russian EuroLeague Club UMMC Ekaterinburg. Now she’s become a prisoner and political bargaining chip for Russia, facing up to 10 years behind bars. And with the U.S. still upholding its own prohibition laws, there isn’t any higher moral ground for our government to stand on.

According to Justin Strekal, the founder of the cannabis policy advocacy group, Better Organization for Winning Legalization (BOWL) PAC, this could be a chance for the Biden administration to follow through on promises made on the campaign trail; to decriminalize cannabis and pardon those Americans still behind bars for non-violent cannabis crimes like possession. However, Strekal isn’t holding his breath.

“In every sense of the word, this is an opportunity for the Biden administration,” he says. “And unfortunately, it appears that their intransigence is causing them to watch the pitch go by.”

If the White House and Congress stepped up to the plate here and swung for the fences, to sign executive orders or pass any number of proposed federal cannabis bills (the MORE Act, the SAFE Act, the States Reform Act, or Chuck Schumer’s ever-forthcoming Cannabis Administration and Opportunity Act), they could set a new global precedent. It would be a home run. What better reason will they ever have to finally pass cannabis reform? What better time to start mass pardoning prisoners locked up for non-violent cannabis crimes?

It would certainly make a statement, Strekal agrees. But we’re 18 months into Biden’s presidency and there’s been no meaningful effort on his administration’s part to pull that lever, he points out.

Griner’s detention, which began on Feb. 17, has been extended three times already. On July 7 she pleaded guilty to her charges of “large scale transportation of drugs,” though she says she never had any intention of breaking Russian law.

Cannabis cultivation has been illegal in Russia since 1934, three years before the U.S. launched its own prohibition with the Marihuana Tax Act. However, it wasn’t until the 1970s that the Soviet government started to place higher criminal penalties on possession. Around the same time, Richard Nixon had declared drug abuse “public enemy number one” and the U.S. began exporting its drug war all around the world.

“Through leveraging its influence on the UN Convention Treaty and the global prohibition of cannabis, the root of every [modern] nation’s criminalization of marijuana can be traced back to the United States,” Strekal says. “It is very hard to see how [Biden] can build a credible geopolitical pressure campaign against Russia when we would similarly incarcerate Brittney Griner for a very minor offense.”

Yet the federal government is making some very bold statements about the nature of Griner’s arrest—statements that seem to contradict its own policies and convictions.

That official statement might sound incredibly hypocritical coming from a country that currently has over 40,000 people in prison for drug possession, according to the Prison Policy Initiative. However, Morgan Fox, the political director for the National Organization for Marijuana Laws (NORML), the phrase “wrongfully detained” is likely in reference to Russia’s ulterior political motives to detain her, rather than a statement about her guilt or innocence.

Nevertheless, Fox says, it’s not a good look for the U.S.

“In many places in the United States, the cannabis laws are almost as bad as Russia’s,” Fox says. “I certainly hope that the administration has been using this as an internal excuse to really start rethinking their position on this issue . . . It’s something that definitely needs to change.”

And not just because of Griner’s predicament, either. But because, as Strekal points out, 78% of Americans believe that cannabis should be legal under federal law. And because, simply, it’s the American thing to do.

“If we still want to be able to credibly assert that we are the Land of the Free, then President Biden should follow through on his campaign commitment to decriminalize marijuana and then you can leverage that to build geopolitical influence,” Strekal says.