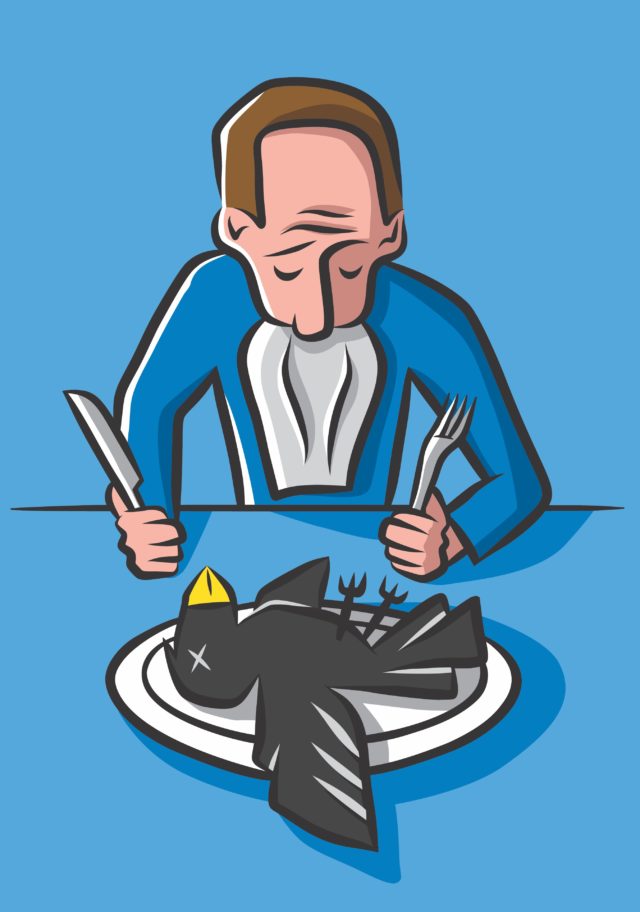 On Oct. 6, President Joe Biden made an announcement that caught many of us off guard. Although, in hindsight, it probably shouldn’t have.

“As I’ve said before, no one should be in jail just for using or possessing marijuana,” the president tweeted. “Today, I’m taking steps to end our failed approach. Allow me to lay them out.”

Both the president and I are eating crow this week, it seems.

Joe Biden has been a staunch anti-drug crusader since the ’80s. He was one of the authors of the infamous 1994 crime bill that ramped up drug-related incarceration, targeting impoverished and minority communities with harsh sentences for specific drugs like marijuana, heroin and crack. Biden has never been in favor of regulating any scheduled narcotic, even one as harmless as marijuana.

But, in his tweet, Biden laid out three progressive steps: first, to pardon all prior offenses of federal marijuana possession (a move that would help some 6,500 convicted people at the federal level). Second, encouraging all governors to pardon all state marijuana possession offenses (a move that would help potentially hundreds of thousands of people). And third, requesting Attorney General Xavier Becerra to initiate the process of “reviewing” how cannabis is scheduled as a narcotic.

All that from the same guy who said in 2010, “I still believe it’s a gateway drug,” and “legalization is a mistake.”

Politicians can actually change their tune, I guess — especially when mid-term elections are on the horizon.

“I think coming from [Biden, this] is a huge step forward,” says Lenny Freiling, a former municipal court judge for the City of Lafayette and drug-defense attorney with more than 45 years of experience. “As far as the timing, I don’t think it’s subtle. He timed it to boost the elections. Both by not being voted against, because he hasn’t kept his campaign promise, as well as to get additional votes.”

On the campaign trail, Biden promised to both decriminalize cannabis and expunge the records of all marijuana possession offenses. While Biden’s recent maneuver doesn’t actually fulfill those pledges, Freiling says it does about as much as Biden can do to end prohibition on his own.

“I think in many ways, manipulative as the timing may be, he took it about as far as a president could take it at this point,” Freiling says. It’s not actually within a president’s power to decriminalize a substance and expunge records of federal convictions. It is within his power, however, to issue pardons, encourage state governors to follow suit, and initiate a review of cannabis’ status as a Schedule I controlled substance.

Still, Biden’s plan won’t help some 3,000 people convicted of high-level marijuana crimes who remain in federal prisons, and as many as 30,000 who are in prison in several states, according to criminal justice reform group Last Prisoner Project.

In this columnist’s humble opinion, Biden could have taken more steps to urge Congress to pass any of the numerous cannabis bills that seem interminably stalled on Capitol Hill (the MORE Act, the SAFE Act, the State’s Reform Act, the Cannabis Administration and Opportunity Act, etc.) He could have spoken more openly about the injustice of cannabis convictions and how he planned on righting the wrongs our government’s drug war has caused. He could have done this earlier, and not out of election favor.

But frankly, I didn’t think he was going to do anything (Weed Between the Lines, “From Russia with hash,” July 21, 2022). I thought Biden had used cannabis as an empty campaign promise, that he’d fooled all us pro-pot Americans with a shiny political gambling chip only to reveal after his swearing in that it was just a cheap chocolate coin — a classic bait and switch.

So I’m eating crow too. Despite all the political chess strategy involved in this announcement at this particular time, it’s a significant step forward. Not since the ’70s has a president made a declaration pardoning so many convicted criminals (when Carter pardoned more than 9,000 Americans who dodged the Vietnam Selective Services draft). Never in American history has a president demanded a federally illegal narcotic’s scheduling be reviewed. It’s a step that will change the political landscape surrounding cannabis, and maybe, just maybe, those stalled marijuana bills will start moving.

“The message to Congress from [Biden] should be, ‘Here’s what you need to do. Get it to my desk and I’ll sign it,’” Freiling says. “All they have to do is put [those acts] in the hopper … There’s just no reason to wait on those.”

Whether or not that’s what happens remains to be seen, of course — no action has been taken yet. As of now, it’s just a pre-midterm performance routine. There’s just as much potential in it for inaction as there is for progress.

I’ll hold my cynicism for now, though. At the moment, I’m too full of crow to speculate any more.