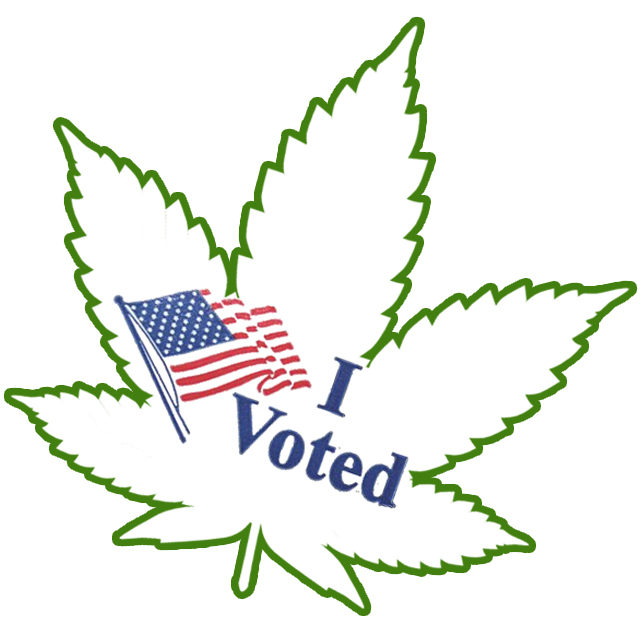 The latest marijuana legalization polls are out, and they contain bad news and good news.

Recent polls in both Massachusetts and Arizona — two of the five states that will be voting on legalizing recreational marijuana this November — show the initiatives losing.

In Arizona, a poll conducted by OH Predictive Insights, found the initiative losing 52.5 percent to 39.1 percent.

Both results are troubling, because earlier polls showed legalization favored in both states by more than 50 percent of the voters.

A number of explanations have been offered, but I think both results can be explained by one word — pushback.

In both Massachusetts and Arizona, organized opposition to the initiatives has emerged from high-profile political figures, and in some cases law enforcement, teachers and medical groups.

In Massachusetts, Governor Charlie Baker, Boston Mayor Martin Walsh and Massachusetts House Speaker Robert DeLeo all came out against the initiative, which is backed by the Marijuana Policy Project and resembles Colorado’s successful Amendment 64. Other opposition is coming from the Massachusetts Association of School Superintendents and the Associated Industries of Massachusetts.

In Arizona, a number of business groups have donated to an anti-legalization campaign. Also in Arizona, a rival pro-legalization group has been attacking the measure that is all but certain to be on the ballot.

In both states opponents are using the tested tactics for torpedoing ballot initiatives on any subject, FUD (as in sowing the seeds of fear, uncertainty and doubt), and the more recent tactic of claiming that they are championing the well-being of the children.

This doesn’t mean the initiatives are certain to fail. There are still three months to go before the election and a lot can happen in that time, but it does mean that the initiatives’ proponents in both states are going to have to mount strong campaigns on their behalf that directly address issues raised by the opposition. They also are going to need to play some hardball, like focusing on the racist nature of the war on drugs and its role in poisoning relations between the black and Hispanic communities and the police.

Those sorts of campaigns cost money, and whether pro-legalization forces will have the necessary wherewithal remains to be seen. The opponents could easily attract big-bucks support from the likes of Sheldon Adelson, now that the polling shows the initiatives are beatable.

(Yeah, you should contribute; if they win in Arizona and Massachusetts, chances are they’ll try to re-criminalize in Colorado.)

Now for some good news.

A recent national poll by YouGovUS found 55 percent support for legalization, up from 51 percent in a poll the organization took in December of last year. But the big news in this particular poll is that for the first time in a national poll, Republicans support legalization, albeit narrowly — by a margin of 45 to 42 percent. In the December poll Republicans opposed legalization by a 36 to 50 percent margin. Whether this is a sign of real movement within the GOP on the pot issue or if the poll is an outlier remains to be seen. It certainly isn’t beyond the realm of possibility that it represents real movement. Like the rest of the county, the GOP’s demographics are changing, as the young displace the old. (Americans aged 65 and older are the voting demographic most consistently against legalization.)

YouGov also found that 65 percent of Americans agree with the statement “government efforts to enforce marijuana laws cost more than they are worth.” That’s not the same as supporting legalization, but it means the country is giving up on the drug war as far as marijuana is concerned, which sets the stage for the legalization discussion.

In Wisconsin, a poll by the Marquette University Law School found 59 percent support legalizing marijuana and regulating it like alcohol, with 39 percent oppose. (Republican support was at 42 percent; in most polls around the country, it has been in the 35 percent realm.)

In Florida, a medical marijuana legalization initiative has 77 percent support. Since it is a state constitutional amendment it needs 60 percent support to pass. However, its passage is not assured, since there is organized opposition that includes developer Mel Sembler, probably the most loathsome marijuana prohibitionist in the county. He says he plans to raise $10 million to kill the amendment.