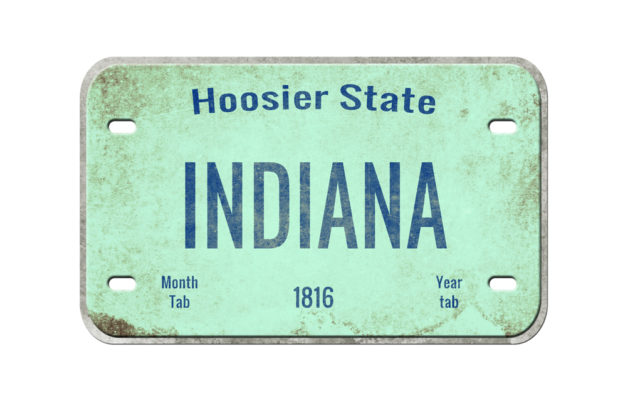 Especially if you happen to live in Chicago.

Last November, Anthony Clark, who’s running for Congress in Illinois’ 7th Congressional District, smoked pot in one of his campaign ads. And last week, according to Marijuana Moment, he threw the first-ever “congressional weed party.”

“We just wanted to do something different,” Clark said in a video of the event.

Clark, an Air Force vet, is running in a predominantly Black district that includes parts of the South and West sides of Chicago. He’s in a primary against incumbent Democratic Representative Danny Davis, who’s represented the district since the late 1990s.

Clark says he started using marijuana in high school but rediscovered it as an adult after being injured in a Seattle shooting. He says pot helps him cope with anxiety and post-traumatic stress.

“I think I have to be… open about my cannabis use because lying to individuals, I think, plays a direct role in enabling status quo, in enabling the oppressors, the top 1%, to remain,” he said in the video. “I don’t hide this at all. I tell people on a daily basis, cannabis saved my life. It continues to save my life.”

Clark is not a one-issue candidate. He is a self-declared Democratic Socialist, and the extensive campaign platform on his website comes straight from Alexandria Ocasio-Cortez and Bernie Sanders.

And he seems to be getting some traction. Two weeks ago, the Chicago Sun-Times endorsed him.

Clark may be onto something with canna-themed campaign events. Maybe the next step is to take a page out of old Tippecanoe’s (aka William Henry Harrison’s) playbook. Harrison’s successful 1840 campaign is famously known as “The Log Cabin Campaign” and “The Hard Cider Campaign.”

Seems that one of the ways Harrison’s supporters drummed up support for the candidate was by building mobile log cabins on ox-carts, which were driven from town-to-town where campaign workers served hard cider to potential voters.

The concept could be easily updated with a camper and a fistful of pre-rolls. With campaign events starting at 4:20 p.m. of course.

According to Arizona Marijuana News, an industry website, some Republican lawmakers in the state legislature believe a recreational marijuana legalization initiative that’s currently being petitioned onto the state ballot is going to win — and that they need to have a Plan B.

Plan B in this case is to pass their own recreational marijuana legalization bill in the legislature. That way they will have the power to amend it (or gut it, maybe) in the future.

“I think the legislature needs to accept the fact that the initiative is going to pass,” said Rep. Travis Grantham.

The initiative in question, the cannabis industry-backed Safe and Smart Arizona Act, would legalize use, possession, and cultivation of pot and authorize state-regulated sales with a 16% excise tax. Pretty similar to Colorado’s legalization scheme, in other words.

Although the initiative is for a statute instead of a constitutional amendment, Arizona has a clause in its constitution called the Voter Protection Act, which says that the legislature needs a two-thirds supermajority to change a voter-approved law.

And there is a Plan C as well. Two weeks ago a state Senate committee approved a proposal, presumably a proposed state constitutional amendment, that would gut the Voter Protection Act.

Whether either Plan B or Plan C has enough support to cross the finish line is questionable to say the least. But the fact that they are being considered means Plan A, the Safe and Smart Arizona Act, is looking like a winner.

When Michigan stated legal recreational sales on Jan. 1, one of the first dispensaries to open was the ReLEAF Center in Niles, Michigan — which is just over the Michigan-Indiana state line. Indiana is one of the drug war dead-ender states still refusing to consider any form of marijuana legalization.

Last week a TV crew from WTHR, an Indianapolis TV station, visited the dispensary. They found that 19 of the 26 cars in the parking lot had Indiana license plates.