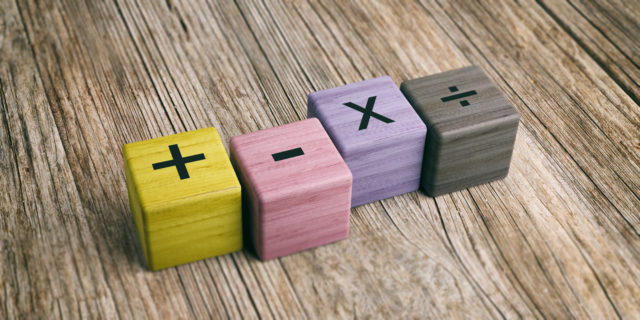 Dear Dan: I’ve always been excited by BDSM but I’ve only minimally explored this side of myself until very recently. I’m a straight woman and it was difficult to find men who wanted more monogamish relationships on the traditional apps and a challenge to be honest about what I am looking for where kink is concerned. I’d often get through a month or so of seeing someone before finding out they wanted a completely monogamous relationship and that they were very vanilla in the bedroom to boot. I was tired of wasting my time and needed to find a partner who wanted to enjoy a kinky relationship so I moved from traditional dating apps like Bumble and Hinge and to apps like #Open, Fetlife, and KinkD. While I’ve had a few amazing conversations and meet ups, they’ve primarily been with men in open relationships, couples, or guys only looking to hookup. And it seems most people on kinky apps want to only talk about sex. While I do feel drawn to this lifestyle, I am also looking for a partner. I want someone to spend my life with who can also enjoy the kink community with me. How can I find a guy that wants a life partner and a fun and kinky sex life?

P.S. One more question: I’m currently enjoying casual sex with a male partner who only buys magnum-size condoms but who does not need magnum-size condoms. It’s like fucking a half-empty grocery store bag. How do I tell him regular condoms would be soooooo much better without making him feel bad?

Dear SPANK: Whether you’re on kinky dating apps or mainstream dating apps or both, SPANK, you’re gonna have a lot of interactions with a lot of guys who aren’t right for you before you find the guy (or guys) who are right for you. And since there are plenty of kinky people on mainstream dating apps — you were one of them — you should be on both. Of the happily partnered kinky people I know, SPANK, half met their partners in “traditional” spaces (bars, workplaces, mainstream dating apps) while the other half met their partners in kinky spaces (munches, fetish parties, kinky dating apps). And while no one should be meeting anyone in a bar or at parties right now — there’s a pandemic on — the more places you advertise online, the likelier you are to line up a compatible partner for when this is all over.

And you shouldn’t be surprised — or put off — when someone you meet on KinkD wants to talk about their kinks. When you meet someone via a dating app that brings people together around a shared interest, it’s only natural that your initial conversations revolve around that shared interest. If you were posting ads on Farmers Only or Christian Cafe, your first chats would very likely revolve around, I don’t know, the price of corn or the exact moment you sold your soul to Donald Trump.

Whichever kind of app you meet a guy on, you’re going to have to do the same two things — the same work, the same vetting, the same screw diligence — just in a different order. When you meet a guy on Bumble, SPANK, you establish baseline emotional compatibility first and then eventually you have a conversation about sex. With guys you meet on KinkD, you establish baseline sexual compatibility first — by talking about your mutual sexual interests — and eventually get around to determining whether you’re emotionally compatible.

And, again, since you could meet someone with whom you are emotionally and sexually compatible on either kind of dating site — mainstream or kinky — you should keep your ads up on both.

P.S. Loose condoms come off and loose condoms leak, SPANK, so a guy who uses XXL condoms on a medium dick puts you at greater risk of contracting an STI or having an unplanned pregnancy. And for what? To impress the checkout clerk at CVS? Don’t worry about making him feel bad. Tell him he gets condoms that fit or he finds someone else to fuck.

Dear Dan: I’ve lived with my girlfriend for over a year now till about a month ago when she moved to the East Coast so now we’re in a long-distance relationship. I supported her move because she’s following her dream career and we decided to stay together since communication nowadays is pretty easy. But every time I try to text or call she responds that she’s too busy or exhausted. I could understand if this was once in a while but it’s literally all the time. This has put a strain on our communication. I became irrational with these red flags and I looked up her address and a guy’s name popped up including his phone number. Then I did perhaps the most irrational thing ever and looked up our phone bill and his number is everywhere on her section of the bill. I asked her who this dude is and she states he’s her landlord and employer. That’s not a red flag, but him calling at 1 a.m. when I was working nightshifts before she moved is. I confronted her and she became defensive and turned everything back on me. She called me crazy and hurled more than one “fuck you” at me and threatened to call the cops on me. I’ve admitted to my wrongdoing in violating her privacy and I’ve repeatedly asked her to talk about it but it always turns into a fight. We’ve been together two years and I’ve never met any of her friends or her 20-year-old son. What do you think?

—I’m Getting Nothing Outta Relationship Except Drama

Dear IGNORED: I think there’s only so much time you should waste on a person who doesn’t have time for you — to say nothing of a person who isn’t particularly kind to you and, after two years, hasn’t integrated you into her life in a meaningful way. I also think you need to ask yourself what’s more likely, IGNORED: your girlfriend — who can’t take your calls now but could take that guy’s in the middle of the night when you two were living together — is living with and working with a guy she knew before moving away or that your girlfriend is living with and working with and fucking with a guy she moved across the country to be with? I think the latter is far more likely. But even if she’s not fucking him — even if she isn’t holding on to you as a backup or doesn’t want to end things because you pay her phone bill — she doesn’t make time for you and it doesn’t sound like she’s particularly kind to when she can spare you a moment. I don’t know why she hasn’t done the right thing and ended it, IGNORED, but that doesn’t mean you can’t do the right thing for yourself and end it.

—Math Is Sexy Today and Yesterday

On this week’s Lovecast, Ask a Sub‘s Lina Dune, and the anxious return of “Dr. Bummer.” www.savagelovecast.com