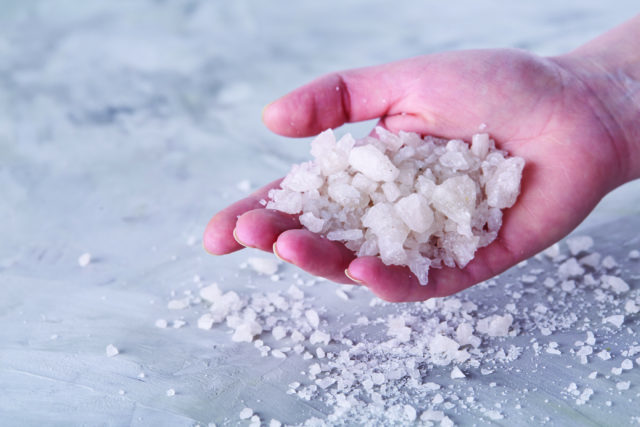 Each week of December, Unity of Boulder Spiritual Center has shared performances from its top vocal soloists and Unity Band as they share the joyful and mystical music of the holiday season, concluding Christmas Eve night with a special broadcast of Unity’s most treasured memories of Christmases past, present and future at 6 p.m. Please join in for a celebration of Christmas magic with this year’s holiday show.

Looking for a good eBook or eAudiobook to read while you’re at home? The librarians at Longmont Public Library can help. Just log on to the library’s Facebook or Twitter page and watch for a post at 9 a.m. Comment or reply with the titles of three books you really enjoyed, and the librarian will name one (or more) that might strike your fancy. And if their first suggestion(s) don’t work for you, let them know — they’ll keep going until they find that next great book for you.

Are you looking to connect with a tribe of fellow sisters? Or maybe you’re in need of a ritual that can help you manifest your dreams and goals with deep intention. Come join in this circle of sisters for a sacred salt ritual under the full moon on Dec. 29. You can expect a ritual that will help you release unnecessary beliefs and connections, and set intentions (this involves touching the same salt as others). You will receive some of the salt from the ritual to take home with you to use in your own sacred work. Please bring a small item from nature that represents your intentions (e.g., small stone, plant, sand, shell). Note: You will not get this item back. Also bring any item you would like to place on a shared altar to hold space during the ritual; you will take this home after we close. You may also feel free to bring a jar of salt, otherwise you will receive your salt in a bag. For those choosing to participate in-person, please arrive 10-15 minutes early. For those participating in the virtual ceremony, you will connect through Google Hangouts.

Comedian hosts Holly Laurent and Greg Hess, with some help from podcast maven Ashley Flowers (creator of Crime Junkie), read between the lines of holiday newsletters that tend to brag, embellish and extol the exciting events of the year to dispel the myths we tell ourselves. In 12 episodes, released daily since Dec. 14, the trio read letters with a healthy dose of imagination, joking about the hilarious “truth” hidden among the superfluous adjectives, details and pontifications of friends and family. It’s the perfect anecdote to the holiday blues, with just the right amount of snark and irreverence to bring us a good chuckle to close out one hell of a year. Hear about step aerobics in Costa Rica, renovation mishaps, a recent divorcée’s MLM venture and more.

With more than 250 episodes over the last 13 years, listening to Dirtbag Diaries is like sitting around a campfire as friends try and one-up each other with their wildest adventure stories. The podcast takes listeners through myriad backcountry exploits from amateurs and professionals alike, backed by titan outdoor companies like Patagonia. Recent favorites include “Credimus,” about the Platt Canyon Yacht Club in water-scarce Bailey, Colorado, where 13 students built a canoe from scratch to race on the ocean. And don’t miss the “The Shorts” episodes, gatherings of conversational style essays that explore bigger ideas through the lens of the outdoors.

From Denver local artist and gallery owner Doug Kacena, Art Bound is built around candid artist-to-artist conversations that explore the myths, misconceptions and work of the artist’s life. The podcast features Kacena in passionate and intimate dialog with working artists. A bonus episode is set to release on Dec. 30, featuring neo-expressionist Hunt Slonem.  “We hope fellow artists will listen in their studios and beyond, as they create or recharge, connecting to each other’s common experiences, advancing the conversation and ideas around navigating our lives and careers as artists,” Kacena said in a press release. For the artist and art enthusiast alike.

‘Shaking out the Numb’

In conversation with singer Amelia Meath and synthesist Nick Sanborn, producer Erica Heilman explores the inner-workings of Sylvan Esso’s most recent release, Free Love. With short, minimalistic episodes, Heilman teases out the inner workings of the creative duo, set to the sounds of nature and road trips, mixed with memories and songs. Meath and Sanborn ruminate on fame, accomplishment and life influences while deconstructing the creative process that led to their latest highly acclaimed album. But they stop short of explaining the meaning behind each new song, Meath asking Heilman at one point, “Why do we want to know? Why do we need to hear it, when, like, you can feel it? You’re not going to get the thing that you want, I think, which is [to] hold the fish, and you can’t hold a fish.” Ethereal, existential and engaging, just like Sylvan Esso.

Raised in an extraterrestrial enclave in Iowa, Eric Foster has lived a pretty… different life. As a child he was visited by Osiris the Alien, who bestowed upon the young Eric an orb containing a great number of historical oddities: a vial of the Buddha’s tears, Geronimo’s bible, Cleopatra’s hand mirror, a lens from Niklaus Copernicus’ telescope, the toothpick Teddy Roosevelt chewed charging up San Juan Hill, Leonardo da Vinci’s scissors, Vincent Van Gogh’s painting trowel, Crazy Horse’s moccasins, a box of Christopher Columbus’ cigars, and a lock of the Minotaur’s hair. When a series of travesties befall the planet, Eric and his girlfriend — armed with only the orb and it’s curios — must make their way from Boulder to Chaco Canyon, New Mexico, where the last portal off of this doomed planet exists. A perception-bending tale with a hundred humorous spins, Poof is one part Eastern mysticism, one part South American anthropomorphism and one part American gumption. Fans of Kurt Vonnegut, Tom Robbins, Monty Python, Gilbert & Sullivan, Kinky Friedman, George Orwell and Mark Twain will enjoy this modern Alice in Wonderland parodying current affairs.

On the heels of the success of its Denver Post bestselling, critically acclaimed local horror fiction anthology, Terror at 5280, Denver Horror Collective is unleashing Consumed: Tales inspired by the Wendigo. Consumed contains stories of the Wendigo, a part-human monster or possessing spirit that instigates acts of murder, insatiable greed and cannibalism, originating in the oral tradition of First Nations Algonquian tribes.

Consumed is available now in print and e-book through Amazon, Barnes and Noble, Indiebound.org, and DenverHorror.com. In an effort to help communities struggling the most with the COVID-19 pandemic, 20% of Consumed net profits will go toward Southern Ute Indian Tribe coronavirus relief. For more information, please visit DenverHorror.com.

In an age of rampant materialism, a man undergoes a spiritual death which leads to a mystical experience, revealing scripture and sacred texts that have existed since the dawn of philosophical thinking. The man is ripped from his state of interconnected bliss when his brother is murdered. In the wake of his grief, the man struggles to keep his foothold in reality and not lose sight of what is most important to him. Built around the trauma of loss, Mental Software is ultimately a story of healing and forgiveness that takes an optimistic view of the future during a time when so much feels broken beyond repair.