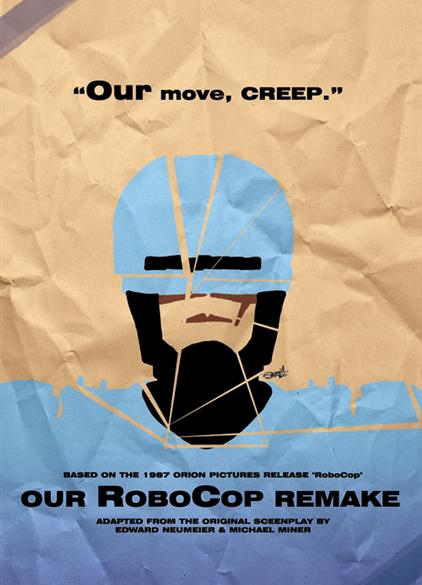 Though there was absolutely no need to remake the dystopic Paul Verhoeven classic, Robocop, because it remains objectively a frame for frame perfect film, someone in Hollywood thought it needed a slick CGI-fueled reboot.

The remade Robocop opens next week.

But as of this week, you can now see “Our Robocop Remake,” a crowdsourced remake from fans of the original film premised on the idea that if anyone is going to ruin the movie, it should be them.

The original film was chopped up into sections and assigned to different filmmakers who offered their take, often radically reinterpreted. A similar process was used to remake Star Wars in 15-second chunks. The longer scenes of Our Robocop Remake make for a smoother viewing experience.

Of course, this isn’t the first time Robocop has been remade by fans. You can see the truly surreal “sweded” version from the Full Life assisted living program for adults with mental disabilities here.

See Our Robocop Remake below.

Any enterprising film folks in Boulder looking to host a theatrical screening can contact OurRoboCopRemake@gmail.com.

Our RoboCop Remake – (Full Movie) from DaveAOK on Vimeo.