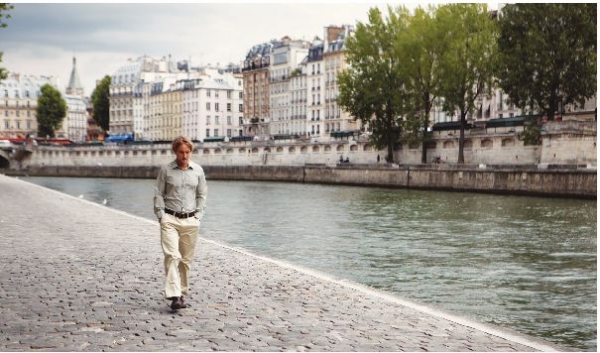 I feel like the Parisians kind of get me,” says Gil Pender in Woody Allen’s Midnight in Paris, an early clue to this character’s cluelessness.

But do Parisians “get” anyone? Let alone an American?

The French are certainly fond of Allen, who opened the Cannes Film Festival with this deceptively light, offhandedly profound comedy. And Allen certainly gets Paris, capturing it in a wonderful, wordless opening montage of streetscapes.

The city has clearly seduced the filmmaker as well as his alter-ego protagonist. Gil (the ever-sincere Owen Wilson) is a struggling writer vacationing with his prosaic fiancée, Inez (Rachel McAdams).

“You’re living in a fantasy,” she says, raining on his mental parade of Parisian expatriates in the 1920s.

When those two go dancing one night, Gil goes for a walk that leads him suddenly backward in time. The ensuing wild evening includes F. Scott and Zelda, Chez Bricktop and the Polidor, a belligerent Hemingway (Corey Stoll, very funny) and, of course, a captivating model, Adriana (Marion Cotillard). By day they don’t exist, but with each subsequent midnight Gil delves deeper into their magical world. It’s a variation on an Allen theme — the powerful pull of fantasy — that stretches through 1985’s The Purple Rose of Cairo and back to the 1978 short story “The Kugelmass Episode” (about a professor who steps into Madame Bovary).