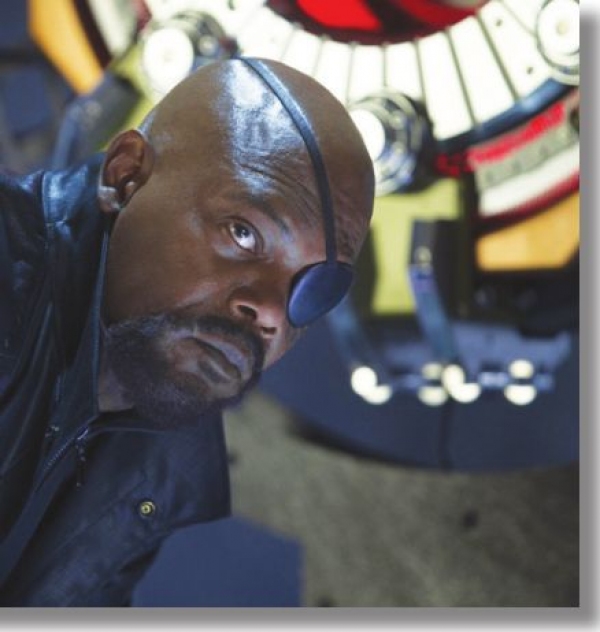 This was going to be a rabid, frothing defense of the superhero genre, complete with impassioned pleas that appealed to cinematic intellectuals who are apt to dismiss such films. But Tom Hiddleston, who ironically plays the evil Loki in The Avengers, got there first, and he crushed it. Damn you, Loki! Does your villainy know no end?

Â In his unreasonably eloquent opinion piece in The Guardian on April 19, Hiddleston name drops motion-picture pioneers the LumiÃƒÂ¨re brothers, noting the delight they would derive from the spectacle of technological progress demonstrated in such “unimportant films.”

And then he offers this gem: “In our increasingly secular society, with so many disparate gods and different faiths, superhero films present a unique canvas upon which our shared hopes, dreams and apocalyptic nightmares can be projected and played out.” Essentially the dude like took all the smart stuff to say.

So that leaves us with this: The Avengers effing rocks. A lot.

It is a slam-bang, holy-crap, balls-to-the-walls realization of every dream any kid weaned on a steady diet of Stan Lee could ever dream. Already revered for his work on Firefly and Buffy: The Vampire Slayer, writer/director Joss Whedon can now appeal directly to the nerd papacy for official sainthood, as it is nothing short of a miracle that a movie of this garish visual opulence is somehow this satisfying.

Marvel Comics played Johnny Appleseed across its last five major movies, sewing tiny narrative seeds often buried beneath the fertile soil of the end credits. These nuggets promised that, at some point, Iron Man (Robert Downey Jr.), Captain America (Chris Evans), Thor (Chris Hemsworth), the Black Widow (Scarlett Johansson), the Hulk (Mark Ruffalo) and Hawkeye (Jeremy Renner) would unite under the guidance of Nick Fury (Samuel L. Jackson) to rid the world of super evilness. Beneath the shade of a whisper-thin plot — Loki threatens to use a powerful weapon and alien army to take over the world — our heroes do unite. And the result is an antidote to the monotonous modern trend to render all hero films “dark and gritty.” Quite simply, it’s hella fun.

Whedon has long been known for his ability to balance ensembles; that said, it’s one thing to co-mingle Sarah Michelle Gellar and Alyson Hannigan and another to deal with the likes of Downey, Jackson and Renner in what is only Whedon’s sophomore big-screen effort. And yet, no character gets the shaft (except Hawkeye in a literal sense). What’s more, at every point where things appear to be too self-indulgent and operatic, a self-deprecating one-liner gets dropped. And unlike every other Marvel movie, even the revered Iron Man, which struggled to find a truly great third act, The Avengers goes gleefully mental the last 45 minutes. This could go on and on, but here’s the takeaway: This is the best superhero movie made thus far. Period. If you don’t like it, you don’t like comic books, which is fine. Even if that’s kind of sad for you.

The Avengers is defined as much by what it isn’t as what it is. It’s not grim. It’s not an obligatory origin story. It’s not stripped of comic book trappings to make it more palatable for mainstream audiences. It’s just “a unique canvas” covered in awesome fun. Your move, Batman.