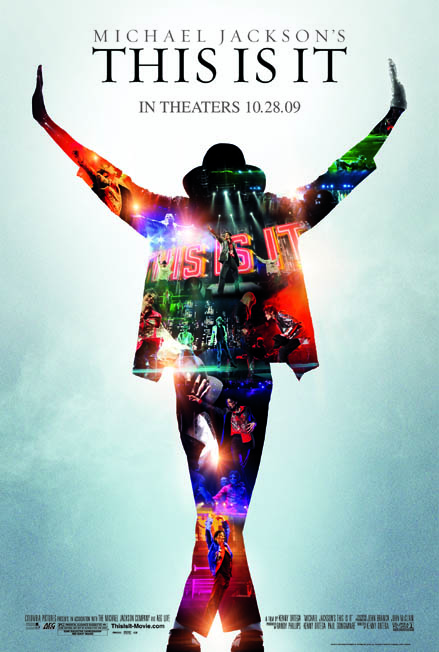 How much of Michael Jackson’s This Is It can we believe?

Was Jackson, 50 at the time of his death on June 25, in rougher shape overall than the concert rehearsal footage assembled here suggests? Most certainly, yes. Produced with the full, watchful cooperation of the Jackson estate, pulled from 100-plus hours of film and video shot between March and June 2009, This Is It has no interest in telling the full story of anything, or the crumbling state of anyone.

Rather, director Kenny Ortega — Jackson’s partner in staging the London concert that never came to fruition — is simply trying to suggest in some detail what sort of overstuffed career retrospective Jackson was attempting in this phantom arena affair. Naivete, calculation and all, it looks like it would’ve been a helluva show, complete with eco-consciousnessraising, an onstage bulldozer and 3-D “Thriller” footage, newly created to dazzle audiences left high and dry by fate and Jackson’s demise.

This Is It is best taken as a bittersweet celebration of Jackson the dancer, the greatest popular dancer since Fred Astaire and Gene Kelly, or at least James Brown. When he revisits “Billie Jean” and “Beat It,” we see someone who never really grew into any kind of visually recognizable adulthood, belonging to no easily recognizable notion of manhood. But the quicksilver limbs and perpetually busy hands (penguin flippers one second, rotating pinwheels the next, never at ease) were Jackson’s way of expressing what he expressed best.

He was a man both confined and liberated by movement, and This Is It constitutes a farewell to, and from, that man.

He was the only entertainer who, within four bars, could do the mashed potato followed by the moonwalk followed by seven other moves that never really had a name.

The self-made and then selfremade performer surrounded himself with a great group of backup dancers for this concert. Ortega’s film showcases their efforts. There’s a “Chorus Line” bit at the beginning where we see the cattle call, then the principals selected for the top slots, plus lots of testimonials from dancers addressing the camera on the subject of what Jacko means to them. You forgive the clichés because the dance footage makes this movie. (Though even Ortega might agree: a sharper-minded concert film might’ve weeded out the blather a little.)

Through the way Jackson interacts with Ortega (“Yeah, I totally agree, Michael!” Ortega says at one point in rehearsal, trying not to sound like a sycophant), or any of the army of collaborators, the audience can piece bits of Jackson’s personality together. He is coy, nonchalant, controlling, a trouper, a sweetheart, a poseur — sometimes all at once. We rarely see the performer in close-up, and the choice seems deliberate; that face was not his greatest piece of self-reinvention, only his most apparent. But in the film’s longest extended take, when Jackson duets on “I Just Can’t Stop Loving You” with Judith Hill, we see how this performer used a vocal rehearsal to explore, and figure things out, and match his somewhat fraying voice to what he was thinking in terms of movement. He could dance brilliantly right up to the end, it’s clear. This Is It may be a court documentary, but as a heavily lawyered portrait of an artist, it’s still pretty compelling.