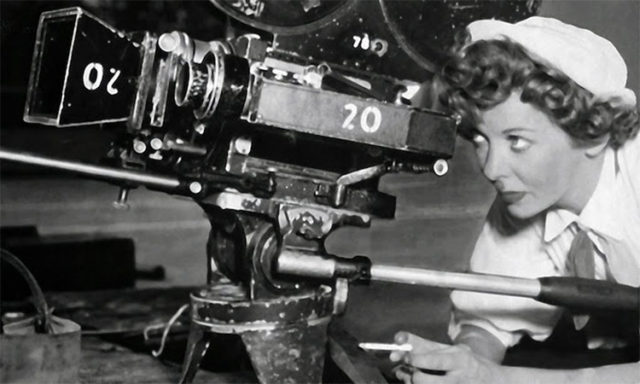 They say the future of film is female. It is. But so is the past. Maybe that’s not evident upon first glance — certainly not if you page through the standard history books — because critics, historians and filmmakers, mostly male, like to focus on the canon. And the canon is sexist by omission, dismissive by default.

Thankfully, some companies and organizations are bucking that trend. They’re widening cinema’s gaze and welcome all of cinemas’ past pioneers, contract players and independent filmmakers to the table. Case in point: Kino Lorber’s newest Blu-ray box set, Ida Lupino: Filmmaker Collection featuring four films: Not Wanted (1948), Never Fear (1949), The Hitch-Hiker (1953) and The Bigamist (1953), all beautifully restored, with scholarly commentaries and an outstanding booklet written by Ronnie Scheib.

Few come to cinema through similar means, and Lupino’s story is no exception. Born in 1918 in London, Lupino made her way to Hollywood first as a dancer, then as an actress. Bad girls were her métier, and Lupino climbed the ranks at Warner Bros., often taking the roles A-lister Bette Davis turned down.

But Lupino was unsatisfied being a second-rate Davis and turned to independent filmmaking for control. Working with her husband, Collier Young, Lupino formed a production company, The Filmakers [sic], and began developing socially conscious scripts, the kind Hollywood studios wouldn’t touch with a 10-foot pole. Writing, producing and directing, Lupino shot in stark black and white — invoking both documentary and Italian neorealism — and tackled topics society was trying to sweep under the rug: discarded, unwed mothers (Not Wanted), polio (Never Fear), rape (Outrage), psychopathy (The Hitch-Hiker) and adultery (The Bigamist). Each film was made for less than $160,000.

Sadly, Outrage isn’t included in Kino Lorber’s set, but the other four form a survey of post-war America repressed. Individually these movies capture a sense of true alienation, loneliness and passivity. Taken together, they display the prowess of Lupino’s storytelling, the care with which she considers each character’s perspective, and the empathy she gives even her most heinous villains.

Of the four, The Bigamist might be Lupino’s best. Not just because she also stars (opposite Joan Fontaine, who was married to Collier Young at the time — what an interesting shoot that must have been) but because her treatment of an adulterous husband (played perfectly by Edmond O’Brien) is so even-handed, so sympathetic, you don’t just feel for him; you understand him. So it is with all great works of cinema.

Others would follow in Lupino’s footsteps. Look up studio actors who started independent production companies tackling challenging materials, and you’ll find plenty on John Cassavettes, little on Lupino. That’s beginning to change. And while studios, production companies, festivals, distributors and exhibitors make promises toward gender parity in the future, now is the time to discover the work that got us here. You might have to look a bit harder to find it, but the results are all the more rewarding.

ON THE BILL: Ida Lupino: Filmmaker Collection, available from Kino Lorber wherever Blu-rays/DVDs are sold.