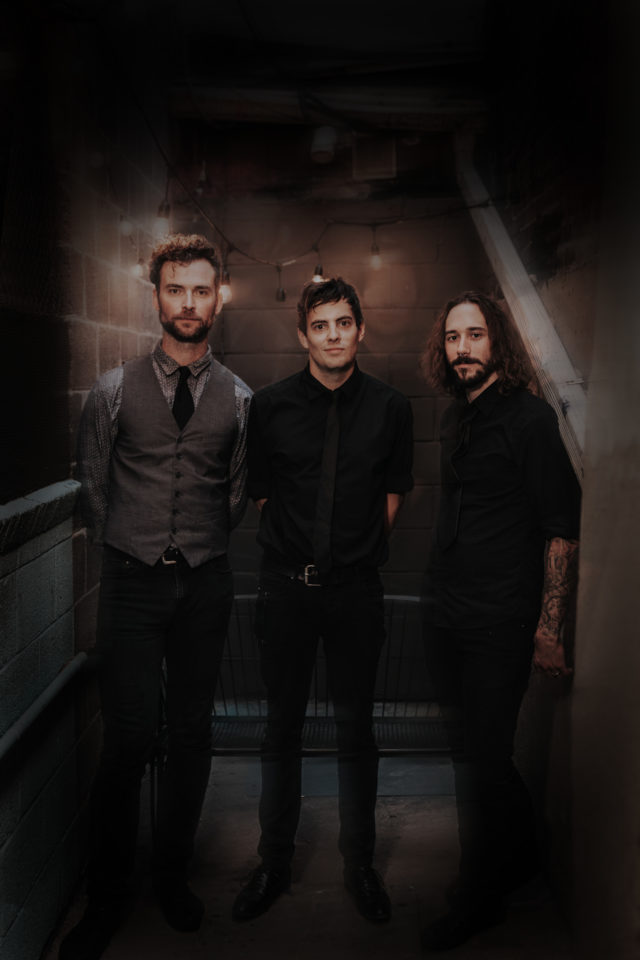 It’s winter of 2015: CJ Kjolhede and Joe Schramm, a two-piece rock outfit going by the name of The Patient Zeros, recently invested in a van. This is a necessary step, considering their former mode of countrywide touring was a Volkswagon Jetta, and the pair had grown tired of having their equipment take up the bulk of their vehicular space.

But the luxury of legroom is short-lived—the only thing on their minds is a batch of new songs under the title Slow Motion Sickness. It’s a working name that—a couple of months earlier—popped into Kjolhede’s head at a stoplight on Park and 20th, right next to Denver’s La Pasadita Inn.

“It was this weird feeling,” Kjolhede explains, “like having this thorn in your side.”

The duo was in a Sisyphean rut of sorts, pushing and working hard to get their music out, but still feeling as though nothing was getting done. It didn’t help that both had just come off breakups. As soon as Kjolhede could get his hands on pen and paper, he scribbled down the three words and got to work writing with Schramm four days a week for an entire fall.

The band added bassist Michael Raymond in early 2016, cementing the current trio that is The Patient Zeros. They began work on a new collection of songs, Sirens Calling, with help from Jamie Hillier at Modular Overload Studios in Aurora—an album that’d be released later that year. Time flew by—more shows, recording exciting new ideas—and it seemed the band had found its stride.

Still, Slow Motion Sickness remained a phrase on a page and a fading idea. It wasn’t until fall of 2018 that—after the dust had settled on Sirens Calling—the trio decided to lay down drum sessions for a few of the tracks Schramm and Kjolhede had manifested three years before, particularly “Vigilante Anne & Vigilante Andy,” a Bonnie and Clyde tale featuring trains in Amsterdam, strong cocktails and a relationship turned on its head. Slow Motion Sickness was once again in production through 2019, but it was tough to refocus aging, unfinished tracks. A pandemic made it even more difficult.

“After the initial lockdown,” Kjolhede says, “we started rehearsing again in November of 2020.” But it had been close to a half-decade since they’d begun working on many of the songs.

“It’s like, everytime we work together, we have this whiteboard with ‘purple stuff’ [old records] and ‘green stuff’ [new records] on it. Don’t get me wrong, I still love playing the purple stuff, but do I think I’m going to care about that by the time the album’s finally out?”

Despite all the quarreling between old and new, the trio was locked in on Slow Motion Sickness, and ideas were steadily coming to fruition.

“When we introduced a MIDI program—being able to write out parts and pass them along—you can just kind of knock it out in a day,” Schramm says. “It was just never something we were able to do in the past. We were adding piano sequences and cellos, getting to play with different options.”

One song in particular, “Summer’s Under,” embodied all the advancements The Patient Zeros had made. Kjolhede, whose influences include the orchestral bliss on tracks by Sufjan Stevens and Radiohead, came to life in his own music. The trio invited cellist Natalie Marowa to the studio with intentions of getting strings on “Reckless” and “Anesthetics,” but when they played “Summer’s Under,” something clicked. Marowa played two harrowing notes repeatedly on the intro, a decision that snowballed into a number of experiments—like adding vocals from Raymond’s wife Elise to the end of the track—on what is now a standout track for both Kjolhede and Schramm.

“It was years in the making,” Schramm says. “All these different ideas started flooding in, and Michael’s really good with other instrumentation, so it opened up. That’s my favorite record—I feel like I’m in Lord of the Rings when it plays.”

The group even went to garage sales around Denver, picking up cassette tapes no matter the content. Background voices and applause heard on parts of the album are from a cassette titled “TOWN HALL MEETING — 1990,” a lost blip in time from some windowless building in middle America that The Patient Zeros wove into their grand project.

At last, Slow Motion Sickness was finding form, but the music scene around Denver had changed. Kjolhede recalls that, between 2012 and 2015, when it was just Schramm and himself, the community felt pretty “at home.” He remembers “a lot of bands playing louder rock ‘n’ roll like us.” Since then, a lot of those bands have disappeared.

“The scene now feels broken up into wings, if you will, like corridors,” Schramm says. “We’ve definitely made a lot of friends, but there’s a lot of coming and going. Denver is a transitional town.”

It’s a city of hard work and consistent grind for musicians. One moment, The Patient Zeros are in the mix, and then a couple of months go by and they feel like they’ve been forgotten.

“People will forget very quickly, so you gotta shake hands and kiss babies, but stay genuine,” Schramm says with a laugh. Whether they’re struggling to get back into the Underground Music Showcase due to ownership changes, sending out tapes to every radio station in town, or even fielding George Strait requests at Star Bar on Larimer Street, The Patient Zeros understand that catching ears is of utmost importance.

The long buildup for their opus project could perhaps—and most likely—be attributed to life and its many happenings. An album whose birth came on a page at an intersection in the heart of Denver has seen marriages, breakups, three presidents, a pandemic, countless shows, writing, rewriting, new instrumentation, and ideas big and small. That same page slowly filled with song titles, chord progressions, themes about love, seasons, pain and despair, criminals and cocktails.

Nearly seven years since its conception, on June 29, 2022, inside the crowded Mercury Cafe on California Street near Capitol Hill, The Patient Zeros string guitars, screw in cymbals and play Slow Motion Sickness in its entirety ahead of its official release later that night.

“We’ve been swinging at the piñata for so long,” Schramm says. “When that happens, you kind of lose that magic a little bit—you feel like you’ve been let down over and over again when the timeline and date keeps getting pushed back.”

About halfway through the show, Schramm takes a moment to breathe and look around. People are buying the album, smiling and looking intently at the artwork. Schramm’s overwhelmed with joy, initially, and then a flood of relief.

But the relief is short-lived, like it was in the days after they bought the van.

“All we can really think about,” Schramm says, “is this new batch of songs we’re putting together.”