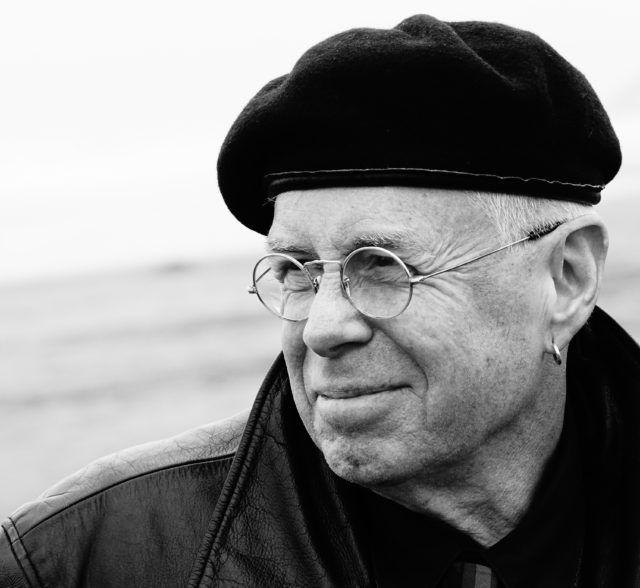 Bruce Cockburn’s last album, Small Source of Comfort, came out six years ago. But Cockburn had good reasons to back up his absence; he spent a sizable chunk of the time working on, releasing and promoting his memoir, Rumours of Glory. The guitar virtuoso also got remarried, had another child and was busy settling into a new city, San Francisco. It was a series of life-changing events and items that demanded his time and attention.

Writing Rumours of Glory made Cockburn consider hanging up his songwriting hat, he says, and in a recent interview with Boulder Weekly, Cockburn politely dismissed the idea that his questioning was momentary or fleeting.

“No, it was kind of serious,” he says. This was a defining moment for someone who has been in the public eye as a well-respected musician since his debut album in 1970.

Cockburn eventually decided he would continue writing songs, and an album resulted. Bone on Bone, released last September, is his 25th studio album. There is typically a folk influence on Cockburn’s albums, regardless of the overall sound of the particular project, and Bone on Bone is no different. It’s not the sometimes-dissonance-edged jazz rock of The Charity of Night (1996), the world beat-influenced pop of Stealing Fire (1984) or the grit-tinged guitar rock featured on parts of the Further Adventures Of album from 1978; instead Bone on Bone has an organic feel and roots orientation.

Cockburn’s guitar playing and voice cut through the 11-track album with clarity and precision. His vocals have a slightly weathered but polished feel to them, while his guitar work has a rustic, yesteryear sound to it.

The bluesy shuffle of “Café Society” helps paint the picture of a group of folks — sometimes including Cockburn himself — that meet outside a local Peet’s Coffee & Tea. “3 Al Purdys” starts with reverberating guitar work that has become a trademark Cockburn sound. The guitar riff drives the almost-hypnotic song, with Cockburn taking on the persona of a homeless man asking folks for $20 to recite three Al Purdy poems. Cockburn discovered Purdy, a well-respected Canadian poet a few years back, picked up a volume of his poems and became a fan.

“I was blown away by how good he was,” Cockburn says. He was so blown away, in fact, that he contributed music to a film about the late poet, Al Purdy Was Here, which came out in 2015.

Both “Café Society” and “3 Al Purdys” feature the cornet work of Denver’s own legendary Ron Miles.

Miles’ cornet grabs onto Cockburn’s melodies and accentuates them. On the chorus of “Café Society” for instance, his horn-playing takes a melodic chorus and makes it difficult to forget.

Cockburn dips into gospel with “Jesus Train,” which true to its name, moves along like a Heaven-bound locomotive, and “Twelve Gates to the City.” Both songs, and four others on the album, feature The San Francisco Lighthouse Chorus.

“It’s not a choir; they just sing at church,” Cockburn says. “One Sunday it will be a couple of women. There’s just these different combinations, and then there’s the band. I’ve played with them a few times at church. It’s a great asset and a great talent pool. They were kind enough to come out and sing on all these things.”

Cockburn discovered the San Francisco Lighthouse Chorus through a church his wife, and now Cockburn, attend.

“There was just this all-embracing, fantastic vibe in the room,” he says. “I didn’t know anybody. I was a total stranger walking in there. None of them knew me. And then there was this great music, a good band and a bunch of really good singers.”

“Looking and Waiting” is another noteworthy tune from Bone on Bone. Guided by dulcet guitar picking, comforting backing harmonies and an ear-catching rhythm shift, it’s more of a dream than a song. Cockburn denies the suggestion that the tune took a long time to write, even though it has the feel of a long-crafted composition. He says the lyrics only took 15 minutes to compose. The words, as alluring as the music, express hope even with the realization that one won’t always have all the answers. In the opening lines that also act as the song’s chorus, Cockburn sings, “Looking and waiting/ It’s what I do/ Scanning the skies for a beacon from you/ Shapes on the curtain, but no clear view of you.”

Searching and questioning with hope is an overarching theme of the record. These are stories of highs and lows, pushing and pulling, ebb and flow. It’s a dirt-on-the-ground, dust-in-the-nose, sunshine-in-the-sky, water-to-drink type of journey through words and music that matches with rustic, earthy tones.

Bone on Bone is a record worth experiencing.