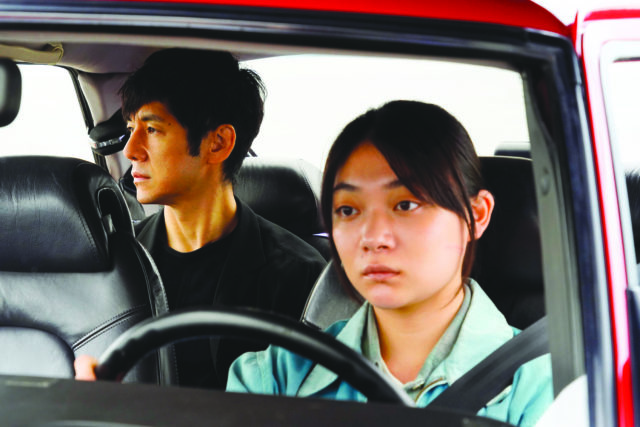 If everything goes according to plan, the moving picture industry will convene on March 27 at Hollywood’s Dolby Theater to celebrate the best in the cinema for the 94th Academy Awards. Yes, it’s the time of the year when some very wealthy people put on their fancy dress, charm TV cameras and pat themselves on the back for all the important movies they made last year. Lord help me; I love every minute of it.

And not just because the Oscars are a three- to four-hour broadcast about the movies with all my favorite filmmakers gathered in one room. Those statuettes—designed by MGM art director Cedric Gibbons back in 1929—don’t just validate the hard work of the artists and technicians in front of and behind the camera; they go a long way in determining who gets to make movies and which movies get sold. Take Flee, for example, the animated nonfiction story of an Afghan refugee coming of age and coming out of the closet. It’s one of the year’s best, and director Jonas Poher Rasmussen reportedly raised $3.4 million to make it. But when distributor Neon released Flee at the end of 2021, it didn’t even make $25,000. A bevy of awards and nominations helped, and as of this writing, Flee has pulled in $285,086 at the box office. We’re a long way from breaking even here.

But Flee isn’t a movie designed to rake in the big bucks—very few released in 2021 did—but to tell a story dying to be told. It’s outstanding, and the Academy of Motion Pictures Arts and Sciences agree, nominating it for Best Animated Film, Best Documentary and Best International Feature. Should Flee run away with any of those awards (and it should, maybe all three), it will go from “critical darling and commercial flop” to “award winner” in a snap. That helps embolden financiers to fund projects regardless of ROI, persuades distributors to take a chance on smaller movies and encourages audiences to seek out something they may have overlooked.

The same could be said of Parasite, which took home four Oscars in 2020, including Best Picture—the first for a non-English language movie. Could that win have persuaded Academy voters to nominate Japan’s Drive My Car this year for Best Picture, Best Director (Ryûsuke Hamaguchi), Best Adapted Screenplay (a collection of short stories by Haruki Murakami) and Best International Feature?

I hope you saw Drive My Car; it’s really something. If not, sit tight because the local theater chains usually roll out the Best Picture nominees for encore screenings before the awards ceremony. Did you miss Flee? It’s currently streaming on Hulu. Quite a few of the 53 nominees across 23 categories are available to stream or rent right now, including the leader of the pack, The Power of the Dog (Netflix).

Dog received a whopping 12 nominations, chief among them Jane Campion for Best Director—her second nomination. The first was back in 1994 for The Piano (more on that masterpiece in an upcoming column), but that year’s statuette went to Steven Spielberg for Schindler’s List.

As fate would have it, Spielberg is nominated once again, this time for West Side Story, which, like Power of the Dog, also got a Best Picture nod. Snuggled between those two, in terms of count, are Dune with 10 nominations and Belfast with seven. When was the last time a Western, a musical, a sci-fi epic and a memoir competed for top honors? Rounding out the Best Picture slate are two more memoirs (King Richard and Licorice Pizza), a noir (Nightmare Alley), a feel-good family comedy (CODA), and a political satire (Don’t Look Up). And only one of those movies is a dud—a damn fine year indeed.

The date is set, the nominees are out, and in six short weeks, we’ll know what Academy voters deem to be the high-water marks of the 2021 cinematic year. That gives you plenty of time to discover all these wonderful movies. And once you’re done knocking out those Best Pictures, hit up the Animated and Documentary categories—both are stacked. Oh, and make sure to save room for the shorts (more on that next week). This is gonna be fun.