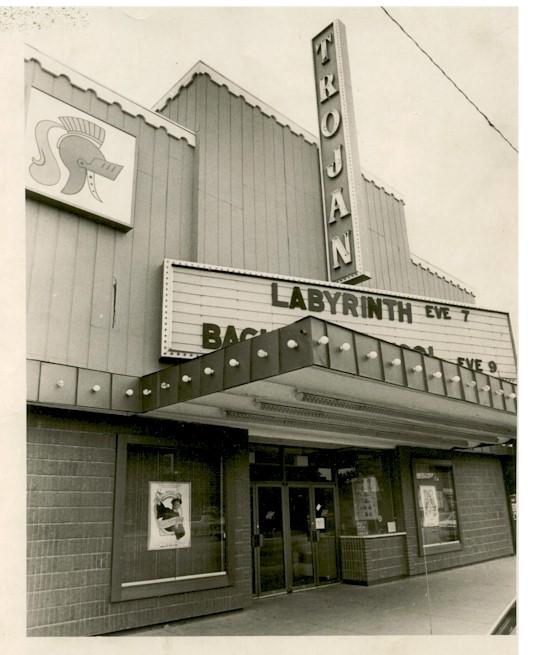 The Foothills are alive with the sound of music — painting
and cinema to boot. There is a renaissance in Boulder County, where the cinema,
and the performing and visual arts are thriving. But how do we house all these
artists in our ever-expanding art scene? Boulder’s Dairy Center, the Longmont
Performing Arts Center and Louisville’s downtown have plans to expand their
artistic quarters up through the summer of 2011, giving artists the space they
need to flourish in Boulder’s already vibrant, synergistic art scene.

The Dairy Center seems like it has everything: three
theaters, three art galleries, dance studios and a large music school. But
there was something missing, something the Dairy wasn’t offering Boulder
residents: a way to satiate their cinematic palate.

Recently Crocs founder George B. Boedecker Jr. donated a
very large — and undisclosed — sum of money to create a theater to show
independent cinema in a block of unused space within the Dairy.

The Dairy already has two black-box theaters — a 100-seat
and 80-seat theater — used for live theater performances, and they’re booked
all winter long with half a dozen theater group performances, one after
another. Resident organizations like Boulder Ensemble Theatre Company, CenterStage
Theatre Company and Upstart Crow Theatre Company have booked performances that
will each last around six weeks long. Woof! Theatre Productions will also
perform throughout the winter. This leaves no time for film showings. The new
art-house theater, which will be called the Boedecker Theatre, will be almost
exclusively a cinema for independent films.

The art-house theater will be built in the northeast corner
of the Dairy, next to the existing box office. The 2,000-square-foot space is
currently unused and at one time housed the Boulder Community Access television
station. This area will be demolished and reconstructed to suit the needs of
the roughly 130-seat cinema with high-definition digital projection. The
theater will also have a film booth in the back, but won’t invest in a
celluloid film projector.  Instead,
filmmakers can bring in 35 mm film projectors to show their films. The size of
the screen is yet to be determined, according to Richard Harris, the Dairy
Center’s executive director.

Harris estimates that construction will begin in February or
March. It will take three to four months for the city to do the site review,
examining architectural plans for the theater. The Dairy submitted their
application for a site review on Nov. 16, and from there, the city moves at its
own pace, leaving a wavering date for construction to begin. Once the Dairy
gets the city’s approval, Harris estimates that the theater’s construction will
take between three to five months.
And the grand opening? Harris anticipates “within a year and hopefully
much less than a year.”

Boulder is a rich area for film. The International Film
Series, Boulder’s first art-house series, has the longest independent film
track record in the area, starting screenings in 1941. IFS brings more than a
hundred international and independent films to Boulder every year, showing them
on the University of Colorado’s campus.

“It can only help to have another place showing quality
foreign and independent films in the community,” says IFS Director Pablo
Kjolseth.

“There is a lot of film in Boulder, don’t get me wrong,”
Harris says, “but there is not a steady venue for independent film.”

The IFS doesn’t show films during holiday breaks and the
summer because it’s student-run, while the Dairy will have a film presence 365
days a year.

The Longmont Performing Arts Center is planning on receiving
some cosmetic surgery, as well. The theater was an Art Deco movie theater that
the Longmont Theatre Company, the building’s current occupants, renovated into
a playhouse in 1991. The historic theater, initially called the Fox Theatre,
was built in 1939 and then sold and renamed the Trojan Theatre in 1960. The
theater, the oldest theater in northern Colorado, was dubbed the Longmont
Performing Arts Center in 1990 when the Longmont Theatre Company purchased the
building.

The Longmont Theatre Company is talking with the Longmont
Downtown Development Authority (LDDA) about the possibility of working together
to renovate the building once again.

The plan is to revamp and expand the lobby area, get new
seating — the theater still retains its vintage chairs, expand the stage and
install a new backstage fly system, which allows the technical crew to move set
pieces, lights and microphones in between scenes.

Right now the theater is collecting renovation bids and is
waiting for a ballpark figure. The time frame is still up in the air as well.
Stephen Carver, president of the theater company’s Board of Directors, thinks
that this project could break ground in summer 2011. He hopes that renovations
will mean that the Longmont community will start using the space more for other
events, as well as bringing more people to visit the downtown area.

“The idea here is just to make the building more than a
theater company space — to make it a performing arts space so more people in
the community can use it,” Carver says. “Our service is really to the community
and to do that we need to grow and go to the next level, and that’s with the
help of the city and fundraising.”

Louisville is planning a city-within-a-city — a so-called
“Artville” in the downtown area. Inspiration for Artville struck Lori Jones,
executive director of Louisville’s basement art center, the Art Underground,
and she coordinated with local art organizations and artists to get the idea up
and running.

In June 2008, leaders from five art organizations —
CenterStage Theatre Company, Coal Creek Community Theater Company, Louisville
Art Association, Louisville Cultural Council and the Art Underground — met to
discuss creating an art community in the area. Since then, the ArtsHub
blog/calendar (www.theartshub.org) has been created as a communications and
marketing tool for artists in the area. Next step: creating the actual art
district.

Jones says that there will be an increasing art presence in
downtown come 2010. Art organizations there are in the process of increasing
the number of permanent spaces for artists to exhibit their work downtown.

Right now Jones, local artists and art organizations are in
the process of defining what Artville will be — what the art district is and
how it will be organized. They’re also deciding how to brand the idea of an art
district.

Mark Zaremba, president of the Downtown Business Association
and owner of branding company Zaremba, is lending his branding and marketing
expertise to developing Louisville’s art city. The name for the art district is
still up in the air, but the operating name is “Artville.”

Jones has already organized two initial meetings, and the
next is schedule for Jan. 20 at 7 p.m. at the Art Underground to launch plans
for 2010. The public is welcome to attend the meeting and contribute ideas.
Zaremba estimates that they are six months away from having a definition and
direction for creating Louisville’s art district.