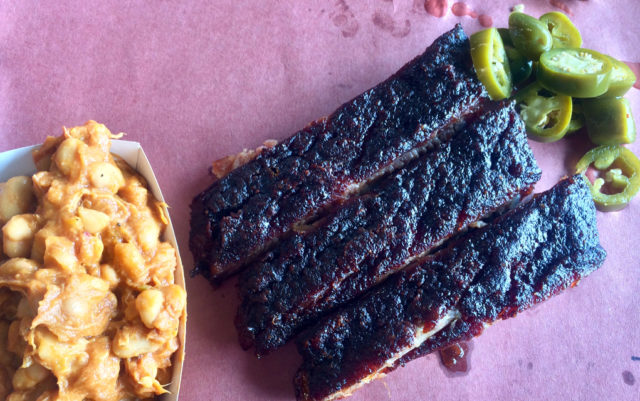 We knew Wayne’s was going to be a hit within a week of them opening a few years ago. Immediately, they were packed at lunch time, and they often sold out of many of their barbecue offerings by 1 p.m. Even though they recently renovated their interior, namely expanding the joint, they’re still fighting off customers rabid for their barbecue beef, pork, fish and turkey, which many say is the best in the state. We tried their St. Louis-style pork ribs recently, and yeah, they’re as good as you can get here. Thick, flavorful bark covers fall-off-the-bone meat that’s juicier and more flavorful than you can imagine. $16/pound. 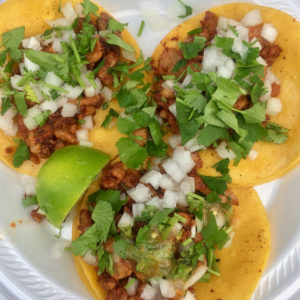 The only thing more surprising than finding a trailer on an unassuming service road behind Lowe’s in an unassuming part of Louisville, is finding out that the folks inside that trailer serve ridiculously good, and heinously underpriced tacos, burritos and quesadillas. Actually, the most surprising thing is how long it took us to get out to Tacos El Ray — judging by the long line of folks at lunch time assembled in front of the trailer’s small window, we’re late to the party. We got a plate of adobada tacos. The pork is tender, smokey and a little spicy. The corn tortillas are the best we’ve had in a while, and the toppings and salsas are fresh and generously apportioned. $1.50 each. 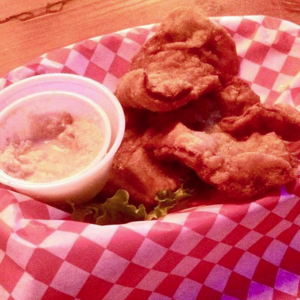 Certainly there’s a novelty factor when it comes to eating bull testicles, or Rocky Mountain oysters as they’re commonly known. If you’ve never had them, you might have some negative thoughts about what they taste like, or what they’ll feel like to eat. But the truth is, they’re pretty mild and, if you get them at the Dark Horse, pretty delicious. Thin strips of meat are breaded and fried, and the “oysters” are served alongside horseradish. The strips have a distinctly beefy flavor, but shouldn’t be anything too unfamiliar to your palate, and so the horseradish sauce makes a suitable, zesty dip. $9.59. 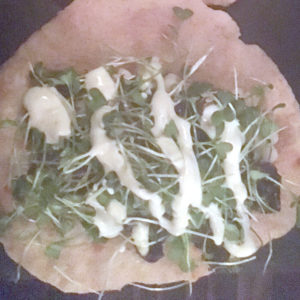 What is a physic opera? According to the folks at Syntax, it means “medicine show” — a place where food, drink, music, art and performance is all medicine for those who visit. It’s an eclectic venue, with an equally varied menu, which includes the Navajo fry bread tacos. With myriad options to choose from, we went with the nopales: crispy cactus, with black bean corn relish underneath a lush bed of cilantro microgreens drizzled with white balsamic-serrano sauce. The fry bread is both crisp and moist, with just a bit of sweetness, so that regardless of the filling, each bite is delicious. Still, the cactus and accompaniments add a wealth of flavor. $5 on happy hour.