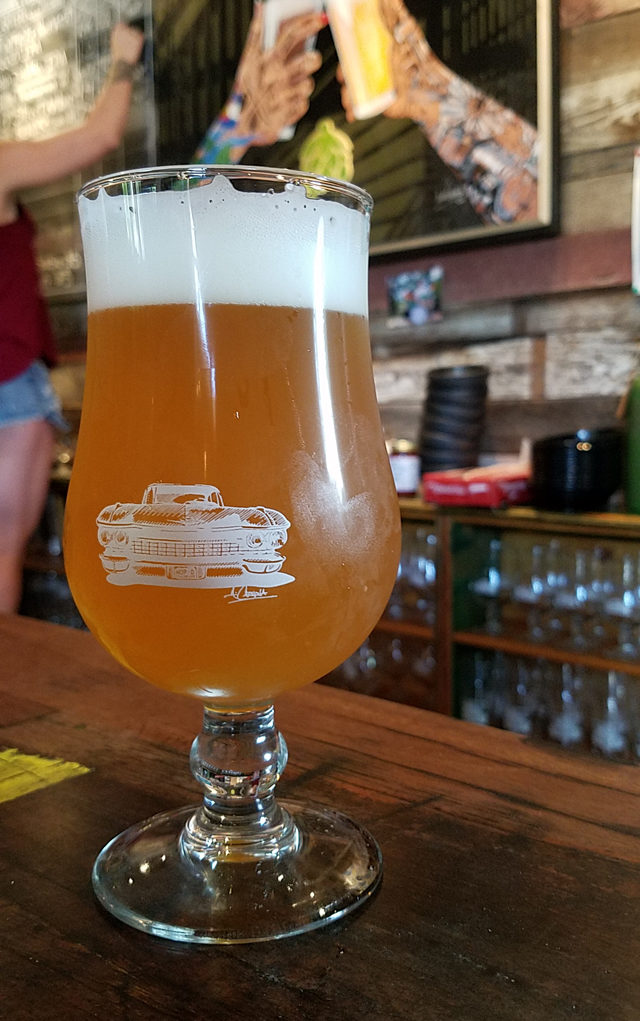 Nestled between Longmont and Fort Collins, the town of Berthoud sits at a cozy 5,030 feet above sea level, but it didn’t always. First staked in 1872 by rancher Lewis Cross, Berthoud resided at the base of a nearby valley where the Colorado Central Railroad planned to cross Little Thompson Creek. In 1877, a depot, water tank and section house were erected but Berthoud’s location at the bottom of the valley wasn’t easy on steam-powered locomotives, and in 1883, at the railroad company’s behest, the small town relocated a mile away to the top of a bluff. On Aug. 28, 1888, the statutory city of Berthoud, Colorado, was incorporated and there it still stands.

Historical background like this doesn’t normally play into your average brewery review, but Berthoud Brewing Co. provides an exception. Opened in 2013, Berthoud Brewing’s homage to the town’s history hits you immediately as you enter their small, rustic digs. Railroad signs hang on the walls, corrugated metal panels cover the ceiling and the tables and chairs are fashioned from wrought iron and thick wood slabs. Even the tap handles — repurposed railroad spikes — play along.

The railroad theme continues into the glass with ten taps pouring Berthoud’s diverse offerings. Paying tribute to Berthoud’s incorporation, the 1888 Blonde Ale (4.5 percent alcohol by volume) is an easy-drinking ale lightly hopped with magnum and citra hops. 1888 is a brew that’s easy to crush while pounding spikes or punching out TPS reports.

Just as easy to pound down, the Carter COlsch (6.4 percent) derives its name from a nearby lake and its style from a German staple. As Berthoud proudly proclaims, Carter is a Colorado take on the German classic kölsch made with special Troubadour malts. Most of Berthoud’s brews source their grains from Troubadour Malting in Fort Collins, taking drinking locally to the next level.

Berthoud’s best beer, the 5030 Double IPA (8.8 percent), sports an all-Troubadour grain bill and loads of centennial hops — a delicious brew, balancing the bitterness with refreshing lemon citrus. Refreshing is not a descriptor commonly attributed to double IPAs, but Berthoud’s 5030 is not your typical double IPA.

The 5030 is no outlier; Berthoud Brewing shines in the IPA department. Alpha Dog (6.7 percent) is a right-down-the-line IPA with plenty of hops and not too much bittering burn. The Hop DeVille (9.4 percent) is a Belgian-inspired IPA high in international bittering units (IBUs), 86 to be exact, that Berthoud promises to “leave skid marks on your tongue.”

If that doesn’t grab you, then you can opt for a Monk Punch (8.4 percent), a Belgian dubbel low in bitterness, 25 IBUs, and high in flavors of banana, caramel, dried fruit and yeasty goodness. It’s a beautifully balanced brew, as are the rest of Berthoud’s offerings. Couple that with a cozy taproom and you’ve got the makings for a lovely afternoon in a historic Colorado town.