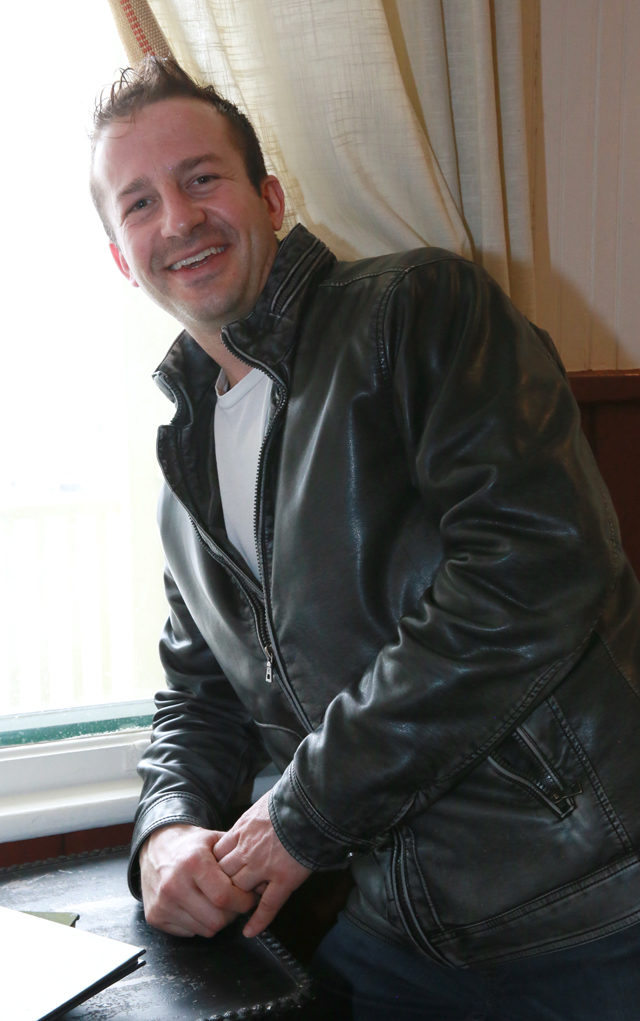 Colin Barclay was done with restaurants. He’d taken his lifelong passion for cooking, gone to culinary school and worked his way to a kitchen position at a swanky Washington D.C. restaurant. But after a year, he called it quits. The restaurant was the “most hostile, aggressive place” he’d ever worked.

So Barclay came out to Boulder, where his sister was finishing a program at Naropa. He sat in on a class, and two years later he graduated with a degree in psychology. But then, as before, he saw no future — “By the end of my time at Naropa, I just had no interest in going into psych.”

So he went to L.A. and started a business with his friend selling hats. It failed.

Then Obama got elected. And Barclay, who had been working as a personal chef and in low-key kitchens to makes ends meet, was recruited by an agency to work during inauguration parties in D.C. That led to a job in the kitchen of three-Michelin-star chef Antoine Westermann, and it was there, even if he didn’t know it then, that the winds started to push his life in one direction. The veterans in the kitchen of Le Café du Parc took a liking to the young cook, teaching Barclay what he calls “the next level” of cooking.

“Day in, day out, they’d train my palate,” Barclay says. “They’d say, ‘What’s missing?’ They’d say, ‘Where in the mouth are you feeling this?’ It got to the point where I could smell something cooking from across the room and know if it needed more salt.”

But the 70-hour grind and intensity of the kitchen got to Barclay, and for the second time in his life he swore off restaurant kitchens. But armed with a new ability to see food for more than the sum of its parts, Barclay returned to Boulder and, shortly, it was serendipity. A friend called him down to a Starbucks photo shoot, where a food stylist was cutting blocks of ice into perfect cubes and using different consistencies of cream to mix into cups of iced coffee. The stylist needed an assistant, Barclay accepted, and in short time, he was booking his own gigs for local and national clients.

The circuitous route Barclay took is emblematic of his trade. Like dozens of tricks and tweaks turn a cup of iced coffee into a work of art, hundreds of experiences have gone into Barclay’s training — from cooking whole foods with his parents at home, to cooking staples in culinary school, to the psychology training at Naropa, to his elite fine-dining experience.

As a food stylist — someone hired by photographers or companies to arrange food products and develop recipes for advertisements, promotional materials or social media posts — Barclay’s job is to make people taste with their eyes. That requires two key competencies: immense experience with food and knowledge of how to use a camera. But getting food to look good required a mind shift, Barclay says, challenging the conventions he learned in his cooking career.

“When I first started, I had the same thought that every chef has, which is, ‘Well, that’s easy.’ I’ve cooked my whole life, and it couldn’t be further from the truth. The whole thing is tricks. Like, leaving things raw in the middle. If you cook something all the way through, like, it’d be good to eat, but it’ll look like shit on camera.”

Barclay says he uses a chemical compound to make steam and smoke — when a cup of coffee appears to be steaming in a photograph, that’s an illusion. Regular steam wouldn’t last, for one, but it also would fog up the camera. There are other tricks:

“One of the weirdest things is tampons are used for localized steam,” Barclay says. “Dip them in water, microwave them and you can stick them inside something for 5-10 seconds of steam.”

While Barclay says the tricks he employs are necessary, he tries to keep things as natural as possible, spending hours tinkering with configurations of ice, say, to keep products cool on shoots without the application of chemicals.

“Even if we’re trying to keep things honest, we have to work with food in a way the camera will understand it,” Barclay says. “If I work with ice cream, it’ll melt within seconds underneath the lights. You can use dry ice, or use fans over the set to keep it cool. Someone will look at that and say, ‘Bullshit, you used something to manipulate it.’ But the reality is lights and foods don’t match.”

And that’s where Barclay’s culinary skills come in. If a stylist can cook, he or she can build food products and meals from scratch that are naturally constructed, hardy enough to withstand a photo shoot and built with an eye for taste. Barclay says what he learned at that “next level” of cooking is that taste isn’t about the food itself but about how the tongue accepts flavors and how the mind interprets them. So if a photo can show acidity, for instance, with sweating lemonade or dripping ketchup, the viewer’s mouth will salivate. The body will have similar reactions to fat, salt, sweetness and heat, Barclay says.

“There’s a saying, ‘The only thing I really like is serotonin and dopamine,’ meaning you like certain foods but really the things you like all trigger off those [chemical responses]. You may like Asian food, but what you really like is that combination of acid, fat, salt and sweet.”

Barclay says whether it’s a plate of food or a picture of a plate of food, a person looking at those items is looking at a sort of illusion, which triggers chemical reactions. A person with food in front of them has the benefit of smell and the ability to taste the food, but Barclay says a good food photograph can mimic those senses. And that ability to stir the senses is unique, he says, in the way, for instance, an attractive person in an ad triggers chemical responses.

“If you look at an image of food that’s shot right, it creates an experience in the body. One of those experiences is you get hungry,” Barclay says. “There’s so much information in the world — we’re over-stimulated. Sounds, noises. It has an effect on people, and I think we’re still adapting to this amount of stimulus. With food photography, there is something so beautiful and straightforward about food. You know what you’re looking at. It’s beautiful, it’s colorful, it’s a break in the storm. A breath of fresh air. It’s so closely related to survival… everyone has to eat. It’s basic.”

Barclay says that inherent human hunger for food is part of what has proliferated food photography on social media, from Instagram posts to those sped-up recipe demonstrations. But even if such content is now ubiquitous, no doubt overwhelming for some, Barclay believes it’s better than the alternative.

“I think there’s nothing wrong with food being all over the place because I think it’s way better than 90 percent of the other stuff that floats around,” he says. “Somebody may not like food but it’s way better than swiping down and finding a political post. You’re way less likely to get a headache.”